SEPT 20 — While most people were excited for the latest iPhone 13 series and the all-new iPad mini, there’s a lot to like about the new entry-level 10.2″ iPad for 2021 despite looking identical to its previous generation. Apart from the expected speed bump, the 9th gen iPad also gets several notable upgrades which makes this a compelling online learning device. 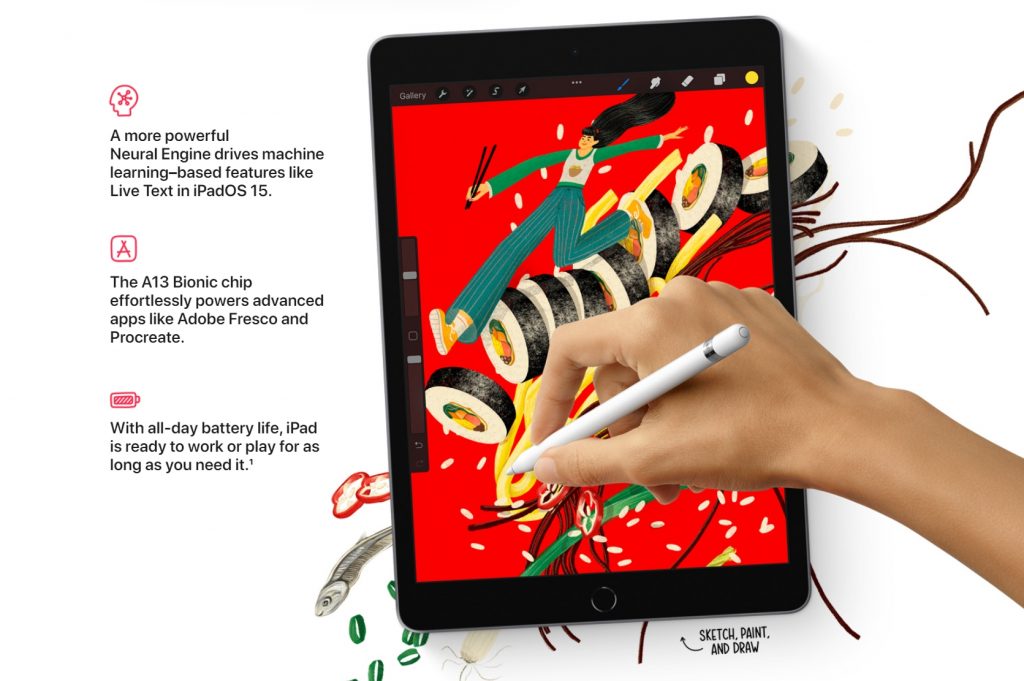 While it isn’t running on the shiny new 5nm Apple A15 Bionic chip, the new iPad has been upgraded from an A12 Bionic to an A13 Bionic unit. This is the same processor that’s found on the iPhone 11, iPhone 11 Pro and iPhone 11 Pro Max which still provides excellent performance for all your application needs. According to Apple, the A13 Bionic provides 20% more performance than the previous generation. The extra performance is certainly welcomed as users can get a better multitasking experience especially with the arrival of iPadOS 15 that’s expected to drop on 21st September. Battery life remains unchanged with up to 10 hours of web browsing or video on WiFi, or up to 9 hours on mobile data. Apple is now doubling its storage capacity for its cheapest iPad. Instead of the usual 32GB and 128GB combo, the new iPad is offered with 64GB or 256GB of storage. What’s interesting is that the 9th gen iPad 64GB WiFi model (RRP: RM1,499) only costs RM50 more than the 8th gen iPad 32GB WiFi (RRP: RM1,449) at the time of launch. However, if storage isn’t enough, the next jump which is 256GB will cost you a hefty RM650 extra. 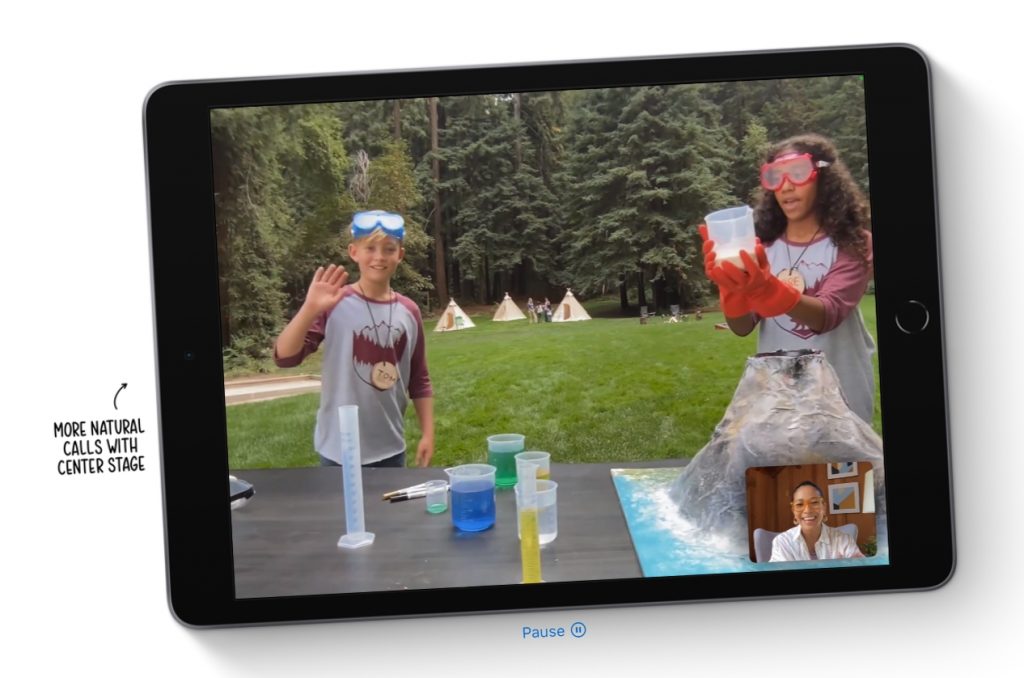 Another significant upgrade that is useful during the new normal is the new Ultra-wide 12MP front camera. This is a huge jump over its old 1.2MP front camera which hasn’t been changed for years. In fact, the camera has a higher resolution than the 7MP FaceTime HD camera that’s offered on the current iPad Air.

On top of that, the cheapest iPad also gets centre stage, a neat feature that ensures that you or your group is always in frame during video calls. The feature is also supported for zoom calls. The display size and resolution remains unchanged since the 7th gen iPad. It still uses a 10.2″ Retina Display that pushes 2160×1620 pixels resolution with a pixel density of 264 pixels per inch (ppi). It also retains the same 500 nits maximum brightness and a fingerprint-resistant oleophobic coating. The 9th gen iPad now gets the True Tone feature which makes the screen more comfortable to look at under various lighting conditions. The white balance of the screen will change automatically based on your ambient lighting. Despite the upgrades, Apple is still keeping the price for the base model under RM1,500. Below is the official Malaysian pricing for the 9th gen iPad in Malaysia:

Apple also has education pricing and here’s how much it will cost in Malaysia:

Although the new model is already listed on Apple’s website, it is still not available for purchase just yet. We expect the new iPads including the mini to go on sale within the coming months. The 9th gen iPad is only offered in Space Grey and Silver, and there’s no Gold option. Whichever colour you pick, the new iPad only comes with an all-black panel for the front which still retains the traditional home button with Touch ID. The cellular version supports gigabit speeds over 4G LTE and you can pop-in a nano-SIM or use an eSIM to get connected. In case you’re wondering, the 9th gen iPad still charges via a lightning port. You still get a 20W USB-C power adapter as well as a USB-C to lightning cable in the box.

To complete your iPad experience, you can add-on a Smart Keyboard (RRP: RM649) and a first-gen Apple Pencil (RRP: RM419). — soyacincau