KUALA LUMPUR, Sept 24 — Microsoft took a moment to take a trip back down memory during its virtual Ignite developer conference by releasing a video that chronicles the evolution of Microsoft Flight Simulator.

As one of the longest-running PC gaming series, the game is well positioned to show how much PC games have changed over the years.

From the simple sprites flying over flat untextured lands to near photo realistic representations of the world, one can’t help but marvel at the massive leaps PC graphics have made in the nearly four decades since the series started.

The video starts out with Microsoft Flight Simulator 1.0, which was released back in 1982 for IBM-compatible PCs at the time. The game allowed players to fly a Cessna 182, an American four-seat, single-engined light aeroplane, across four different cities: New York, Seattle, Los Angeles, and Chicago. 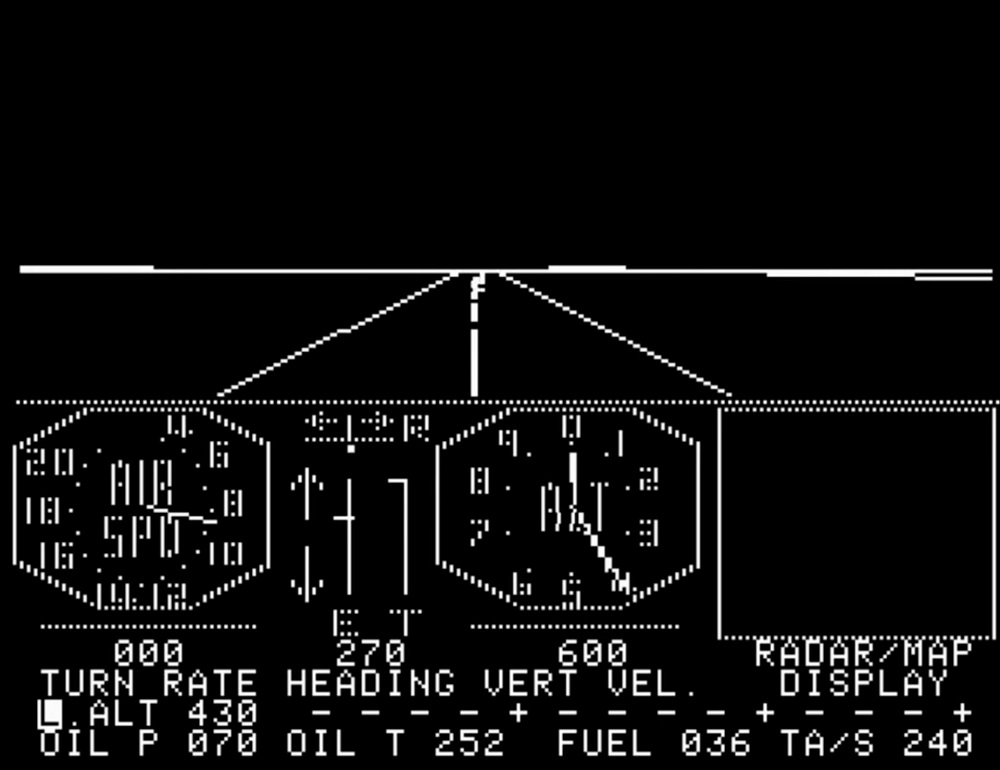 That being said, you totally wouldn’t be able to recognise any of the cities as nearly everything was represented in black and white lines. Though the first game’s graphics looks incredibly primitive by today’s standards, let us remember that this was what cutting-edge graphics looked like back in the day. 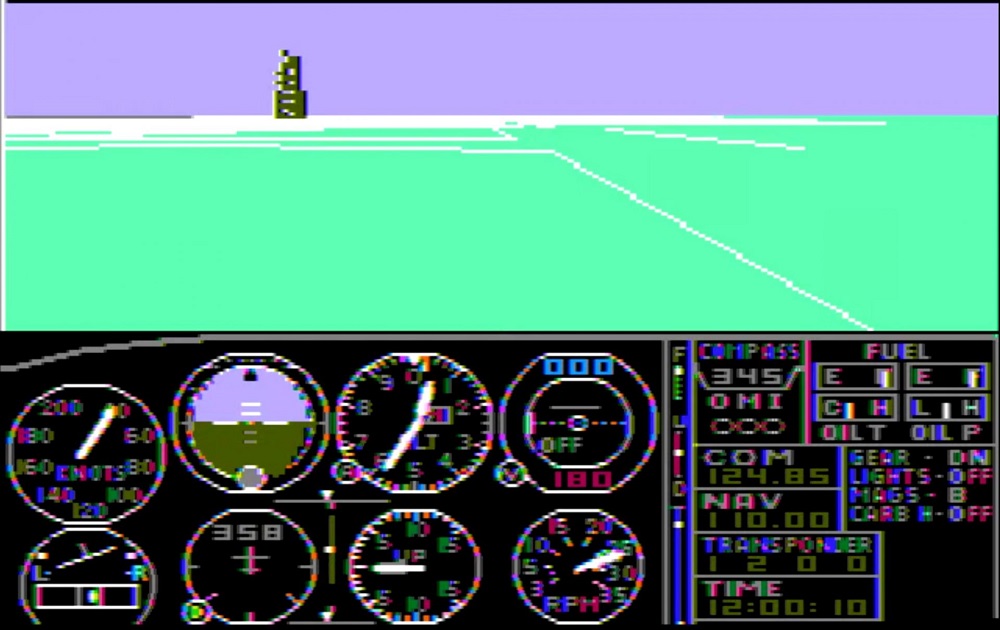 Two years later Microsoft released Flight Simulator 2.0 in 1984. Here can see a noticeable improvement in graphics to coloured sprites. The game even added joystick support which definitely helped immersed players further in the feeling of actually flying a plane.

The third entry in the franchise arrived in 1988 with more aircraft to choose from and players could customise their plane’s display. Flight Simulator 4.0 was released a year later and added features like random weather effects and dynamic scenery that improved the overall experience of the game. This was also the first version of the game that made its way to Macs. It also offered players the ability to run a number of custom mods and add-ons. 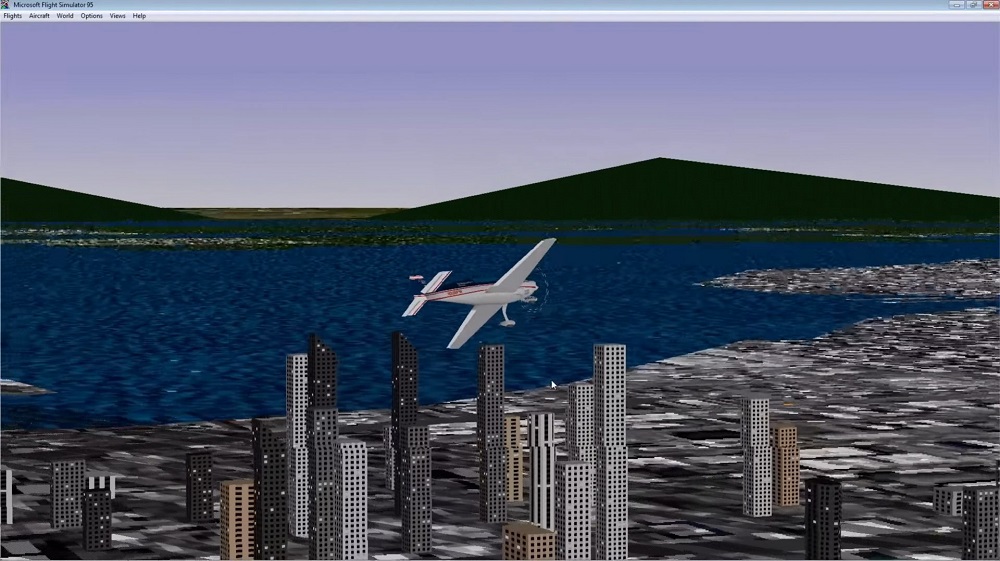 The video then fast forwards to 1993 where Flight Simulator 5.0 greatly enhanced the game’s realism by adding texture support. Microsoft would continue to make iterative improvements to Flight Simulator from version 5.1 to Flight Simulator of Windows 95 (1996) by improving the smoothness of the experience with higher frame rates and tempting users with more variety of aircraft to choose from.

But things really started to take off (pardon the pun) by the time Flight Simulator 2000 rolled around in 1999. The game marked a major shift in the series with its utilisation of 3D models which resulted in more realistic planes and environments.

Microsoft pushed the envelope further with its 2001 version of the game where it placed players within a 3D virtual cockpit, a truly groundbreaking feature that captured the hearts of every aspiring pilot. 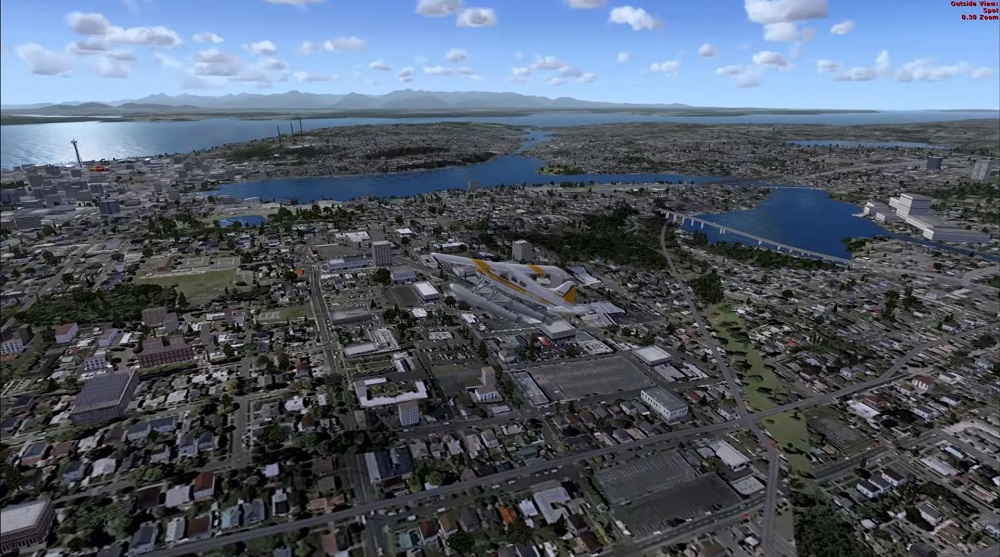 The tenth iteration of the game, aptly named Flight Simulator X, was released in 2006. In it, players could fly all manner of aircraft to one of 24,000 destinations. This was also the first game offered on DVD though you can just as easily get it on digital platforms like Steam now.

Following Flight Simulator X, the series went on hiatus for a very long period and was only recently revived this year. Simply called Microsoft Flight Simulator, the game is notable for its addition of a fully re-created and explorable planet Earth. 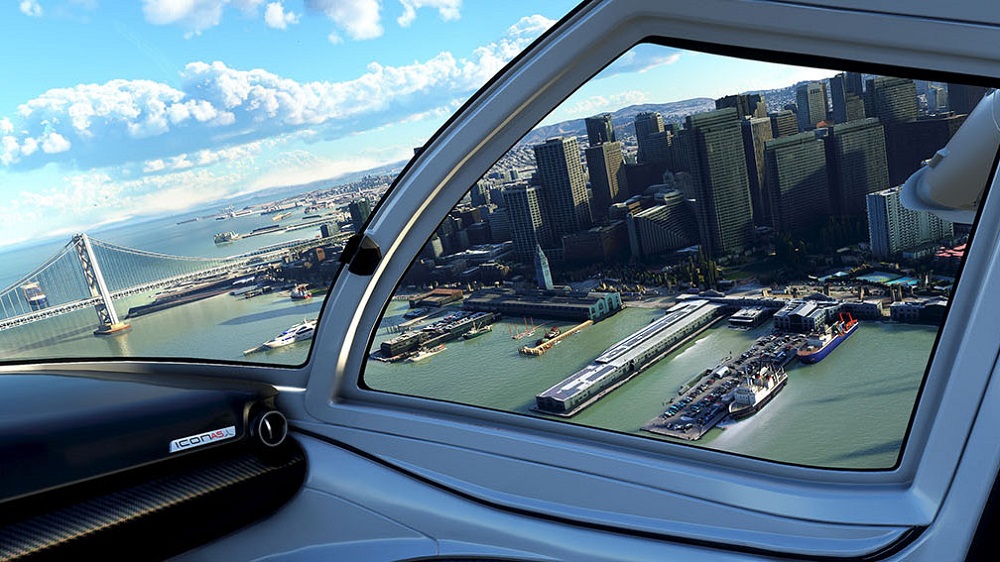 Everything in the game is populated by Microsoft’s Bing satellite imagery and Azure artificial intelligence. Apart from jaw-dropping graphics, there is a host of real-world aircraft to choose from and real-time weather affects. The imagery around the world is very up-to-date to the point that Flight Simulator players that have flown through hurricanes and the recent wildfires in California.

The game provides a welcome sense of escapism considering that we all can’t travel anywhere due to the Covid-19 pandemic. If you can’t book your flight ticket to nowhere, Microsoft Flight Simulator might be the best way to “see” the world without having to leave your house.

It is incredible how far PC games have come both in terms of graphics and technology. We certainly look forward to seeing the further evolution games in the future. Who knows how we will be playing Flight Simulator in the future? Maybe on our VR eye implants?  — SoyaCincau