New Spanish language chills courtesy of ‘The Grandmother’ and ‘Virus-32’

Saturday, 14 May 2022 8:13 AM MYT By Aidil Rusli
Follow us on Instagram, subscribe to our Telegram channel and browser alerts for the latest news you need to know.
By Aidil Rusli

MAY 14 — Even though most people would assume that horror movies, especially those of the more independent persuasion, are mainly in English, there has always been a rich history of Spanish language horror flicks throughout cinematic history, from established cult classics like The Blood Spattered Bride, Who Can Kill A Child and Tombs Of The Blind Dead to modern day favourites like the [REC] franchise, Cronos and The Orphanage.

In fact, one of the world’s major genre/fantastic film festivals is the Sitges Film Festival, also known as the Festival Internacional de Cine Fantastico de Cataluna, which began in 1968.

Counting directors like S. Craig Zahler (Bone Tomahawk), Yeon Sang-Ho (Train To Busan), Coralie Fargeat (Revenge) and Panos Cosmatos (Mandy) as previous winners at Sitges, it’s clear that the Spanish speaking world has always got their finger on the pulse when it comes to horror/genre films, so it’s also not a huge surprise to see so many excellent Spanish language horror flicks constantly being produced to this day.

After all that feel good Raya festivities, which came after two long years of not being able to celebrate together with loved ones because of the pandemic, it’s time for some horrific and chilling cinematic palate cleanser, and it just so happened that I came across two pretty new Spanish language horror flicks, one from Spain and the other from Uruguay, to do the trick. 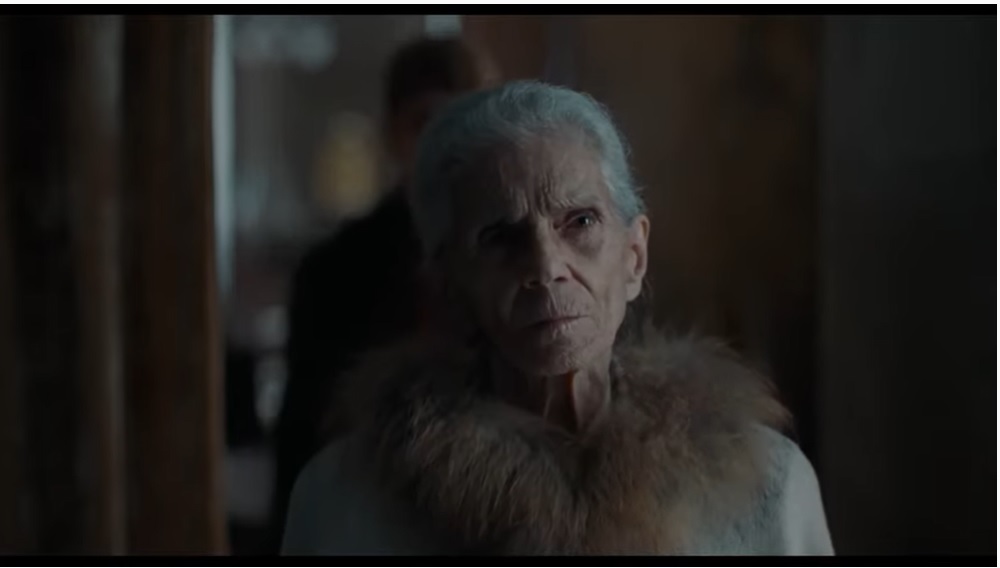 Directed by Paco Plaza and co-written with Carlos Vermut, The Grandmother is an elegantly horrific triumph that perfectly melds the sensibilities of both auteurs into one unforgettable experience. — Screen capture via YouTube/

Directed by Paco Plaza (who co-directed the first three [REC] movies and also the much-admired Veronica) and co-written with Carlos Vermut (also a legit horror director in his own right with films like Magical Girl and Diamond Flash in his oeuvre), The Grandmother is an elegantly horrific triumph that perfectly melds the sensibilities of both auteurs into one unforgettable experience.

Set mainly inside an apartment, the film tells the story of Susana (a brilliant Almudena Amor), a 20something model living in Paris who has to return to Madrid after receiving a call saying that her grandmother Pilar (one-time Coco Chanel muse Vera Valdez, giving an outstanding performance), who raised her after her parents died in a car crash, has had some sort of a stroke.

Taking care of her grandmother in the grandmother’s Madrid apartment while she tries to look for someone who can be hired to do so full-time, this obviously being a horror flick, Plaza slowly teases the viewer with a few slyly strange things in this opening stretch, as he familiarises the audience with the layout of the apartment and at the same time showing the backstory for both Susana and Pilar in short flashes.

It’s one of those slow-burn experiences that might not be that suitable for the more impatient viewer, and the film’s true heart  —  exploring the effects of old age and what it does to the body and mind, which makes it kind of a body horror film  —  might also best be described as an acquired taste, but the resolution makes all of this absolutely worthwhile.

While what transpired beforehand might make the viewer think that this is just another standard scary movie with a dash of body horror, the film’s glorious resolution takes it to places that only a few breathtaking horror movies have managed to achieve, the prime example being Martyrs, which therefore makes this already one of the horror films to beat this year.

Arriving on Shudder very late in April, right smack in the middle of Ramadan and Raya season, it took a while for me to finally catch up with this Uruguayan film from writer-director Gustavo Hernandez (who’s responsible for the one-shot wonder The Silent House, which was then remade in Hollywood as Silent House, starring Elizabeth Olsen).

Its first 10 minutes or so got me unreasonably excited too as it appeared to be another one-shot film, with the Steadicam elegantly moving in and out of a few apartments and then morphing into an overhead shot that can rival that of Orson Welles’ legendary opening scene for Touch Of Evil, all to establish what appears to be the beginning of a zombie apocalypse, except this one’s a bit more like The Sadness in that the “zombies” here are not of the “undead” kind but are more like people infected by a rabies-like virus.

That whole one-shot gimmick ended as soon as the film’s title appears on screen, but that still made for an exhilarating 10 minutes or so of pure Steadicam magic, and even if Hernandez chose to not make another one-shot film, there’s still plenty of those elegantly choreographed Steadicam camera moves littered throughout the movie.

So even if the film in essence plays like any one of the copious zombie apocalypse movies out there, right down to the smaller human elements needed for us to care about the characters, the expert craftsmanship on display almost makes up for the by-the-numbers feel of its plotting.

And there’s another fresh addition to the zombie lore here, with those infected by the virus freezing for exactly 32 seconds (for reasons never explained to us) right after they’ve attacked someone, which makes for some nail-biting suspense sequences whenever the main characters here are trying to escape or evade those who are infected.

A solid seven out of 10 movie, this would be perfectly acceptable viewing on a lazy weekend afternoon if you’re up for some zombie mayhem.

If my body is a temple, it’s crumbling