‘Patty Ice’ — Being cool under pressure

Friday, 10 Sep 2021 11:53 AM MYT By Player's Blog
Follow us on Instagram, subscribe to our Telegram channel and browser alerts for the latest news you need to know.
By Player's Blog

Five years after overcoming a debilitating back injury that put him out of the game for more than two years, American Patrick Cantlay reached the PGA Tour summit by winning the season-long prize, the FedExCup, and its  US$15 million (RM62.1 million) prize money. He claimed four victories over the past 12 months, including two Playoffs events at the BMW Championship and TourChampionship. Amidst his stunning run of form, he earned the moniker “Patty Ice” for his cool composure in lifting the Tour’s ultimate prize.

SEPTEMBER 10 — It was a long year. I could barely remember when it started. A lot of events, and I’m very tired after what feels like just a ton of golf and a ton of pressure golf. It was fantastic. As good as it felt to sleep on the lead for two straight weeks, it feels good to not necessarily have the lead anymore and be done and closed out. I’m very grateful and happy to be here, and I’m really proud of myself for staying in the moment and delivering when it counted.

It’s even harder given you start so (far) ahead at the Tour Championship with the staggered-scoring format where tournaments in general just don’t feel like that. I feel like if you have that idea that you are the person chasing, it’s easy to stay in the moment as the sense of urgency is there.

Given that I started ahead, it’s just a totally different mindset. Being able to stay in the present and kind of give myself that sense of urgency or give myself a feeling like I needed to make birdies, I think that was really key for me. I try to do a good job of that every week, but last week it was even more important.

I beat everybody in the field during these past weeks. I think it’s really fun. It’s exactly why I play golf so I can be in those moments against the best players in the world. It’s why I practice so hard. It’s why I’m in love with the game, because it’s that great vehicle for competition. It’s no surprise that some of the battles I’ve had have been with some of the best players. It maybe makes it a little sweeter.

Anytime you hit the right shots under the gun, it bodes well for the future because you can draw on those experiences. Given all the great shots I’ve hit over the last few weeks, I can draw on those for the rest of my life.

Going through my challenges with injury, I think the biggest thing is it’s given me great perspective. It makes it even more satisfying, and I’m more grateful to be here today to have come out from those difficult times. The best part for me is all the hard work is paying off, so I’m really glad and proud of myself with the way I’ve played. 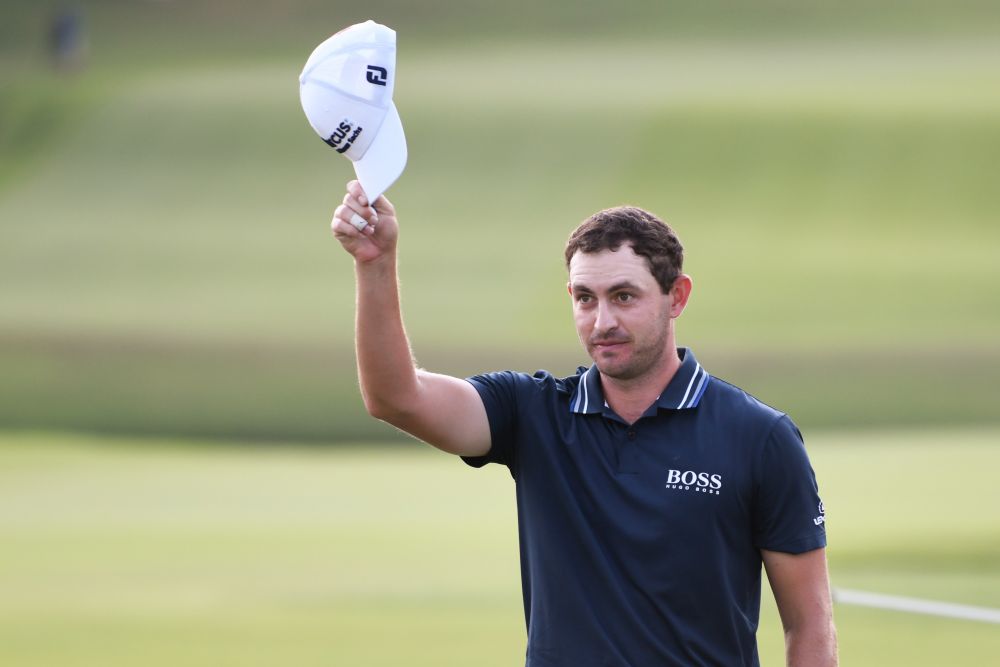 Patrick Cantlay waves to the gallery after winning the Tour Championship in Atlanta September 5, 2021. — Reuters pic

Coming out on the other side of that, I feel like I am a better person having gone through those dark days. It makes me very grateful to be in the position I’m in today, because it wasn’t always a sure thing. I was very close to going back to school and putting golf behind me. I’m just very grateful to be where I am and I’m so satisfied with all the hard work paying off now.

I’m very lucky to have the best team in golf. And I really feel that way. I have a lot of great friends and family who are always in my corner and on my side during the most difficult times in my life. I’ve just got a great network of people whom I can always call and seek advice from. There has been so many people who have helped me in my life to achieve my goals and I can’t thank them enough.

I remember I made one of my first big checks on Tour as a pro, and it was a T9 at Pebble Beach maybe in 2013. It meant a lot. I was an amateur and played a bunch of Tour events and I think somewhere along the line that summer, I had played well and I saw an article that said, if you were a pro this summer, you would have made US$400,000 or something like that. It felt very surreal at the time. People asked me if I felt like I missed out on that money, and I felt like I was still an amateur and wasn’t playing for any money, so I didn’t lose out on any money.

As silly as it sounds, the money is not what’s really important to me. The money is not what drives me to play this game. Winning golf tournaments, playing golf under pressure, and hitting quality golf shots under the gun, I mean, that’s why I practice and that’s why I practiced my whole life, and that’s the best feeling in the world, is winning golf tournaments. I’m going to put all my energy into playing the best golf I can and let everything else take care of itself. I did that the last few weeks and if I keep playing golf like this, I will be hard to ignore. The money is just a consequence of that. But I am fortunate. I have a really good partner in Goldman Sachs, and I’m sure we will find a good investment for it.

The “Patty Ice” nickname kind of came out of nowhere and nothing I’d expected. I heard it a few weeks back and it started to gain traction in the playoff, and by the end, lots of people were yelling it out. At the Tour Championship, right from the first day, it felt like everyone was in my corner and I heard it from all over. And so to me, it just means cool under pressure and I think that suits my personality really well. And so I like it. I think it’s a good nickname, and I appreciate everyone being in my corner. That means a lot.

* Patrick Cantlay is a six-time PGA Tour winner and newly crowned FedExCup champion. You can watch him and the world’s best players on Astro Golf Channel and GOLFTV powered by PGA Tour.