Jiang Jianqing, chairman of Industrial & Commercial Bank of China Ltd: Remuneration package 1.6 per cent that of Jamie Dimon, chairman and chief executive of JPMorgan Chase & Co. — Reuters file pic
Follow us on Instagram, subscribe to our Telegram channel and browser alerts for the latest news you need to know.

SHANGHAI, March 25 — Chim Wai Kin, the chief credit officer who was Bank of China Ltd’s highest-paid executive, left his job amid pay cuts being imposed on senior managers at Chinese lenders, people with knowledge of the matter said.

Chim, whose 8.5 million-yuan (RM5.1 million) compensation package in 2013 was the highest among executives at listed Chinese banks, departed after his contract expired and wasn’t renewed, the people said, asking not to be identified because the move hasn’t been announced.

The exit of Chim, who oversaw credit quality at China’s third-largest lender by market value, comes as lenders grapple with a slowing economy that’s triggered a surge in bad loans. Senior managers at the nation’s five largest banks — all of which are government-controlled — had their total compensation for this year cut to no more than about 600,000 yuan, people with knowledge of the matter said earlier this month.

“You don’t want to lose your chief risk officer at a time like this,” said Castor Pang, Core Pacific-Yamaichi’s head of research in Hong Kong. “People will be asking questions such as whether risk controls at the bank will be weakened as a result of his leaving.”

A press officer at Bank of China in Beijing didn’t immediately comment, and Chim couldn’t be reached at the bank. 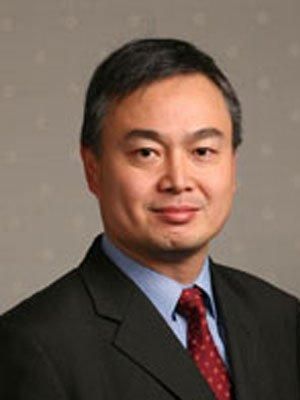 Chim isn’t subject to the new pay restrictions because he is a foreigner and wasn’t appointed by the Communist Party. Still, the limits on other executives made it hard for him to remain at the bank, one of the people said.

A UK citizen, Chim has worked in credit and risk management for more than 20 years, including at Standard Chartered Plc, Bankers Trust Co and Deutsche Bank AG.

Chim’s 2013 compensation package included his base salary, incentives and benefits such as a housing allowance, according to company filings. Excluding incentive compensation, he was paid 5.75 million yuan last year, Bank of China said in a statement today.

China’s government said last year it will reduce salaries for executives at state-owned companies because the public is unhappy with “unreasonably high” incomes. The new pay limits, starting this year, apply to chairmen, presidents, heads of supervisory boards and vice presidents at the largest banks, the people familiar with the matter said this month.

For banking executives, their monthly base salary was cut to about 5,000 to 6,000 yuan, one person said.

Most senior executives at the largest Chinese banks received total compensation of less than 2 million yuan in 2013, according to filings from the five biggest lenders.

The Chinese lenders risk losing managers just as they grapple with interest-rate deregulation, an explosion in shadow banking and rising levels of soured credit. Nonperforming loans have been swelling for more than three years, reaching 842.6 billion yuan as of December 31, the highest since 2008.

Even before the cuts, Chinese bankers’ pay was dwarfed by overseas counterparts. The total compensation of Jiang Jianqing, chairman of Industrial & Commercial Bank of China Ltd, which included salary, bonus and benefits, was about 1.6 per cent of the US$20 million (RM73.1 million) earned by Jamie Dimon, the chairman and chief executive officer of New York-based JPMorgan Chase & Co, the largest US lender by assets, in 2013. — Bloomberg

Foreign currency outflows could reach up to RM43b in the next 12 months, says Bank Negara