The flood situation in three east coast states — Kelantan, Terengganu and Pahang — is worsening with 635 people from 131 families relocated to flood relief centres. — Picture via Twitter/Bernama
Follow us on Instagram, subscribe to our Telegram channel and browser alerts for the latest news you need to know. 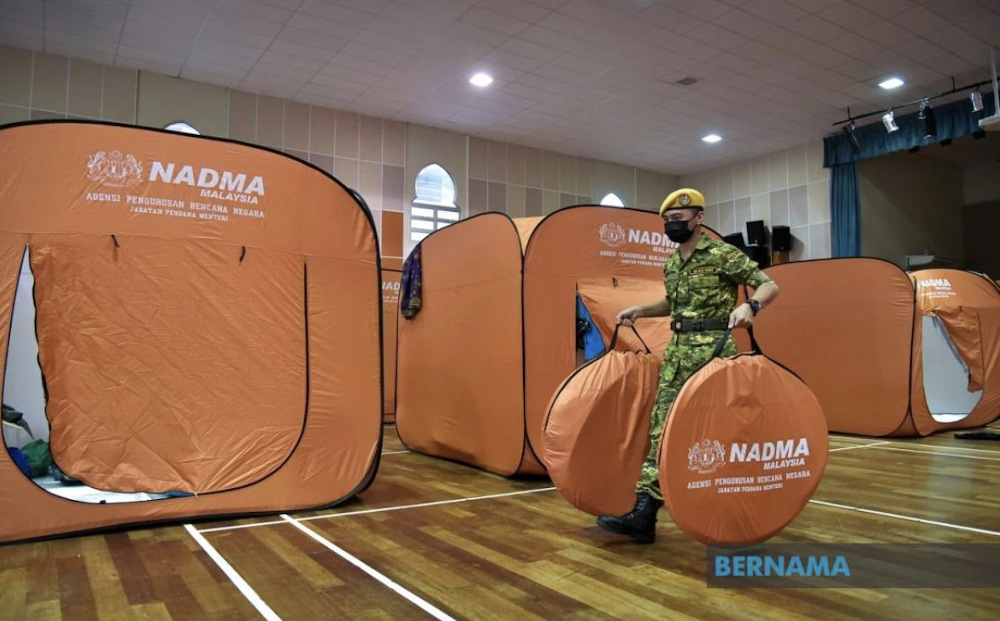 All gazetted flood relief centres (PPS) in Kelantan have been placed on standy and stocked up with adequate food supply and equipment. — Picture via Twitter/Bernama

KOTA BARU, Dec 26 — All gazetted flood relief centres (PPS) in Kelantan have been placed on standy and stocked up with adequate food supply and equipment in the eventuality of a second wave of floods.

State Welfare, Family and Women Development Committee chairman Datuk Mumtaz Md Nawi said the action was taken due to the uncertain weather conditions and forecast of rain and floods in several areas in Kelantan.

“Hence, measures have also been taken by the Kelantan government  to deal with the situation, on the possibility of another round of floods,” she said when contacted by Bernama here today.

According to Mumtaz, the National Disaster Management Agency (Nadma) had allocated RM1.3 million for repair of PPS, 3,000 kits of dry food kits for distribution to depots supervised by the Malaysian Civil Defence Force (APM) and1,600 assets such as boats and trucks.

Some 6,500 personnel from the various state agencies are also on standby for any eventuality, she added. — Bernama