The government will use new symptomatic Covid-19 infections to replace the number of daily cases as an indicator for the National Recovery Plan. — Picture by Sayuti Zainudin
Follow us on Instagram, subscribe to our Telegram channel and browser alerts for the latest news you need to know.
By JUSTIN ONG

The finance minister said the National Recovery Council decided that the threshold will be no more than 2,000 symptomatic cases requiring hospitalisation in order to move from Phase One to Phase Two of the NRP, or approximately 6.1 cases per 100,000 residents.

The limit will be 1,000 cases in order to transition to Phase Three and 400 cases to move into the fourth and final phase of the plan.

However, he said the move will only take effect in Phase One locations where 50 per cent of residents have been fully vaccinated.

“This decision is based on the advice of health experts as well as international and domestic experience, along with the research showing that the risk of Covid-19 infection reduced in tandem with the increase of adult vaccination rates,” he said in a statement.

Other existing NRP indicators such as intensive care unit (ICU) capacity and vaccination targets would still apply, he said.

As an example, he said in the Klang Valley and states such as Melaka and Johor that achieve a vaccination rate of 50 per cent, symptomatic cases would supersede new daily cases as an indicator to determine when they should shift phases.

The minister said the decision was also made after observing the drop in infectivity in Sarawak and Labuan where over 50 per cent of the total population have been vaccinated.

“While Sarawak and Labuan experienced maximum ICU capacity usage in June, once the vaccination rate reached 50 per cent in July, the demand on ICUs in both dropped to ‘Adequate’ levels,” he said.

He said this new information indicated that it would be more beneficial to measure the severity of the pandemic based on how many patients were in serious condition as opposed to purely enumerating how many were infected.

This approach has also been adopted in countries such as the United Kingdom, which he said has allowed the resumption of economic and social activities due to the low number of symptomatic patients despite the high daily infections.

The government announced the NRP on June 15 after sending the country into a “total lockdown” at the start of the month.

In the NRP, the government set a maximum of 4,000 daily cases, “Adequate” ICU capacity, and for at least 10 per cent of the population to be vaccinated before Malaysia would move from Phase One to the more relaxed Phase Two.

Since then, however, new daily case numbers have exploded, going from 5,419 cases when the plan was announced to surpassing 20,000 thrice this week. 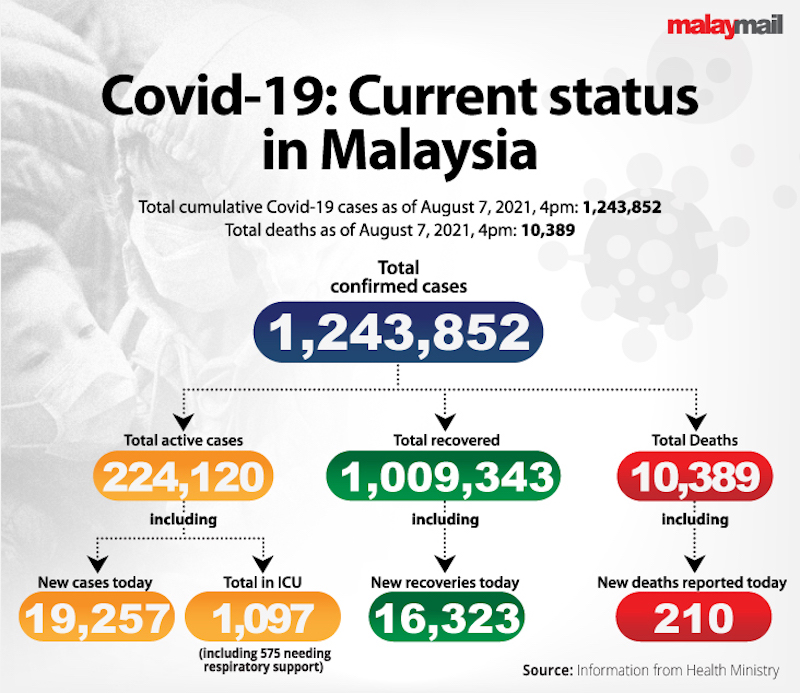