Prime Minister Tan Sri Muhyiddin Yassin is seen during a visit to the mobile vaccination centre at the Sri Johor People’s Housing Project in Bandar Tun Razak, Kuala Lumpur June 13, 2021. — Bernama pic
Follow us on Instagram, subscribe to our Telegram channel and browser alerts for the latest news you need to know.

KUALA LUMPUR, July 18 — All adults in Malaysia are expected to be fully vaccinated by October under a new immunisation target set by the government to stem the recent surge in Covid-19 cases, said Prime Minister Tan Sri Muhyiddin Yassin.

He said the fast-track approach in the National Covid-19 Immunisation Programme (PICK) includes boosting the capacity for vaccination rate to 500,000 doses per day, to tackle the emergence of new variants of the virus which are more vicious.

“Vaccination is the main key to our success in combating Covid-19. Under the original schedule, 80 per cent of the residents in Malaysia will get the full doses of the vaccine by the first quarter of 2022.

“Then the target date was subsequently brought forward to December 2021. Now, the vaccination programme target (date) has been further speeded up,” he said in a statement posted on his Facebook today.

He said the government is also aiming for 100 per cent of the adult population in Selangor and Kuala Lumpur to be given at least one dose of the vaccine by August 1 under the Operation Surge Capacity, while Sarawak is expected to hit this target by the end of August.

Muhyiddin said the government had booked more than 76.1 million doses of vaccines, 70 per cent of which are Pfizer and the rest comprising Sinovac, AstraZeneca and CanSino.

He said Malaysia had received 20 million doses out of the amount booked. 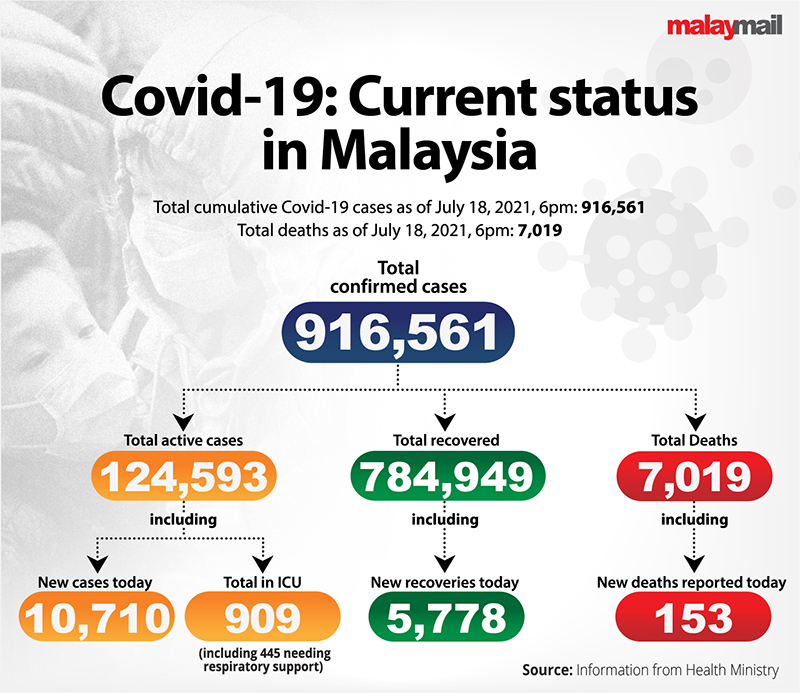