Masidi: Sabah CM among 60 to get Covid-19 vaccine in launch ceremony on Thursday

He said the group will then be followed by frontliners and state ministers.

The Sabah Covid-19 spokesman said, however, that the group would likely not the first in the state to be vaccinated as the vaccines reached Sabah last Thursday and have already reached districts like Tawau and Keningau.

“We will make the announcement on Thursday. But normally we won’t wait. It’s just the launching ceremony on Thursday, doesn’t mean we cannot do any inoculation before the launch,” he said.

Masidi, who is also the state local government and housing minister, told reporters he would be among the 60, after Health director Datuk Dr Christina Rundi, Sabah police chief Datuk Hazani Ghazali.

“The three deputy chief ministers, Datuk Seri Bung Moktar Radin, Datuk Seri Jeffrey Kitingan and Datuk Joachim Gunsalam will  be next to receive the vaccine followed by myself, then Community Development and People’s Wellbeing Minister Shahelmey Yahya,” he said.

He also emphasized that the Sabah Coronavirus Vaccine Task Force will be monitoring the programme and said “jumping the queue” will not be an issue.

“Vaccinations will only be carried out in accordance with the list and order of registration and appointment, and will take into consideration those who are hoping to jump in line for early vaccination.”

On the vaccination process for remote areas of the state, Masidi said the state government and the authorities will look at the basic facilities of the relevant area, including road conditions and water and electricity supply, to determine what kind of vaccine to provide for the relevant area.

“Some areas may face power supply problems. We may arrange some vaccines that can be stored in general refrigerators without the need for extreme low temperature storage,” he said, after explaining that while the first phase will be using while the Pfizer BioNTech vaccine, it has yet to be determined what other brands will be used.

He said that the state government has established its own Covid-19 vaccine task force in each district to solve various problems that may be faced during the second and third phases of vaccination activities.

“If the vaccination campaign goes smoothly, the state government expects 95 per cent of Sabah will be vaccinated in February next year, and herd immunity of between 70 to 90 per cent should be achieved by then,” he said.

Meanwhile, he said that some 67 per cent of registered foreign workers have been screened in the state as per requirement, and employers who have yet to screen their workers have till the end of next week to complete the requirement before they are subject to action such as compounds and non renewal of their worker’s passes. 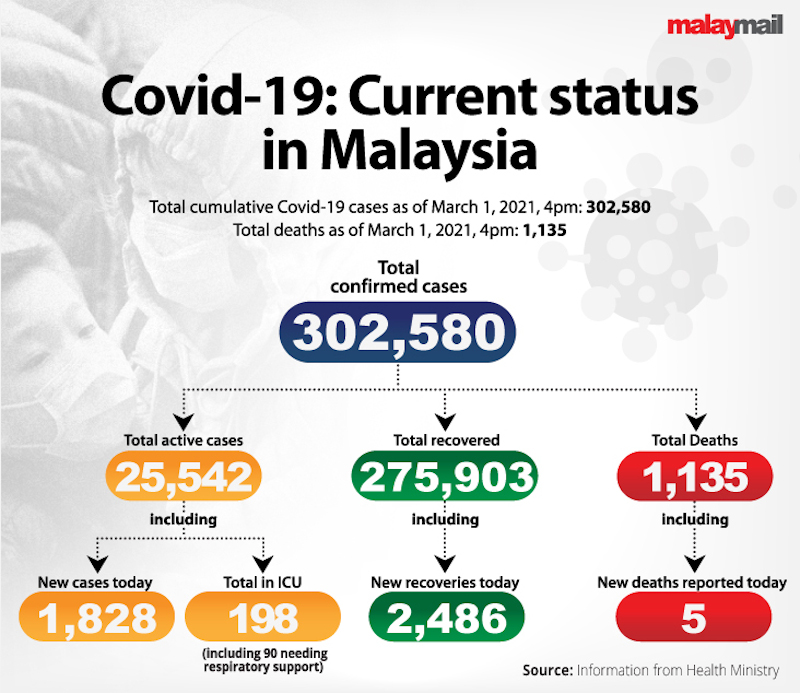