PETALING JAYA, Dec 30 ― It appears that several residents in the Klang Valley will be celebrating the new year with dry taps as repair works for a broken pipe at Damansara Utama is taking longer than expected. According to Air Selangor, the repair work for the broken pipe which was caused by a landslide is expected to take up to 30 hours and it is estimated to be completed by 6.00am tomorrow (December 31, 2020). Apart from the initial 43 areas in the Petaling region, the water cut also affects 20 areas in Kuala Lumpur. 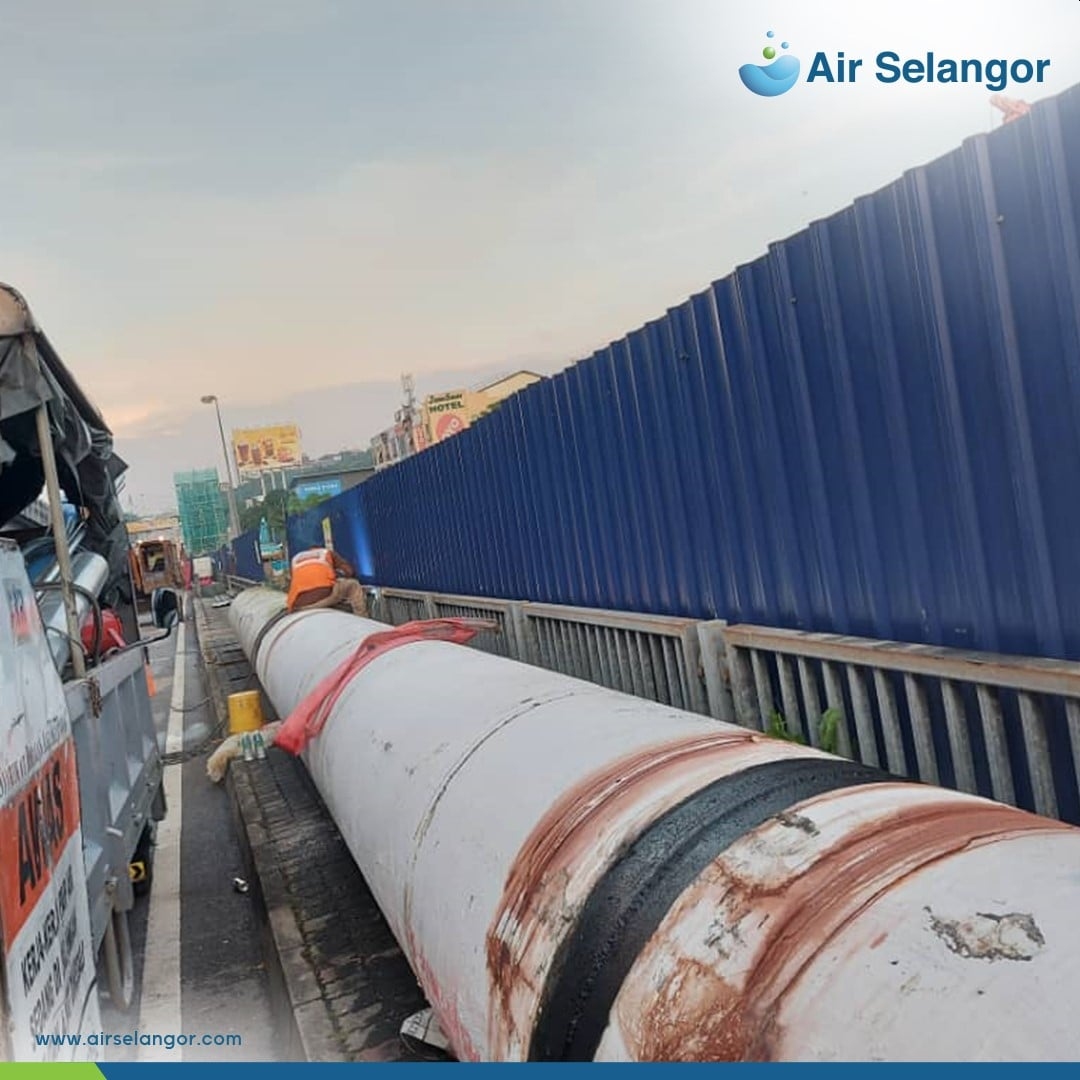 The water works company added that restoration of water supply will be done in stages after the repair is completed. They expect water supply to be fully restored at all 63 affected areas in the Petaling and Kuala Lumpur region by 6.00pm on January 1, 2021. 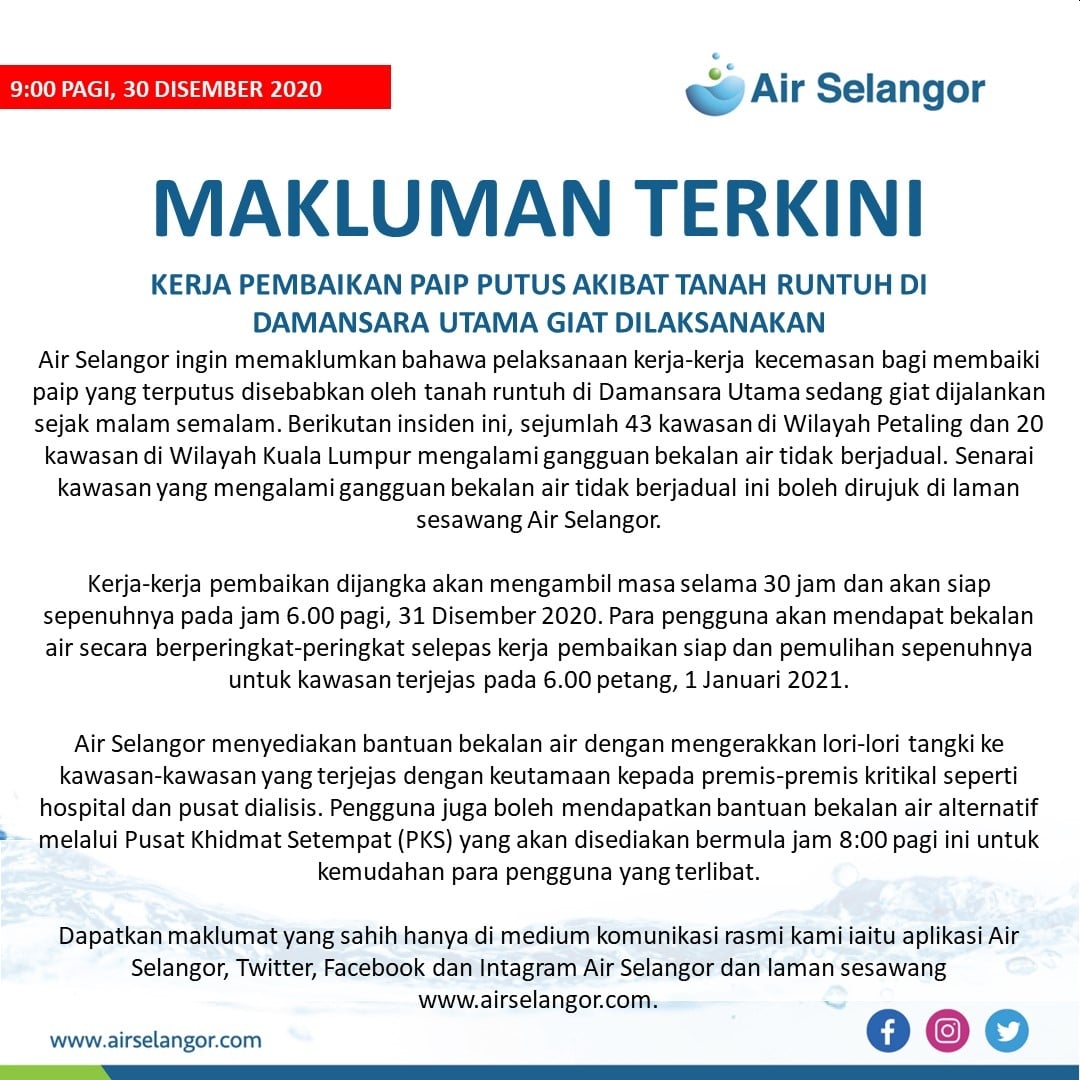 To mitigate the issue, Air Selangor will mobilise its water tanker trucks to affected areas with priority given to critical areas such as hospitals and dialysis centres. Consumers can also seek alternative water sources including the Pusat Khidmat Setempat (PKS) which are open from 8.00am this morning. For the Petaling Region, the PKS are the following locations: Air Selangor will provide more updates on its website and social channels including Facebook and Twitter. The earlier water disruption caused by a separate burst pipe incident in Shah Alam has been restored fully as of 9.00am this morning. ― SoyaCincau