“This cluster involves the Klang, Sepang and Petaling districts. The index case for the cluster, which is case 39977, was detected via a workplace screening on November 8,” he said.

The other new clusters were the Kasir cluster in Sabah, Oad cluster in Negri Sembilan, Enggor cluster in Perak and Makmur clusters in Johor.

“A total of 143 individuals were screened in the Kasir cluster in Tawau district after a supermarket staff tested positive of Covid-19 on November.

“A total of 28 individuals tested positive in the cluster and are being treated at the Hospital Tawau,” he said.

Dr Noor Hisham said a total of 73 individuals were screened in the Oad cluster and 11 tested positive for Covid-19.

For the Enggor cluster, he said that 12 tested positive after 120 individuals from Kerian, Kuala Kangsar, Batang Padang dan Kinta district were screened.

“All the patients were admitted at the Hospital Raja Permaisuri Bainun, Ipoh, Hospital Teluk Intan dan Hospital Taiping for treatment,” he added.

He said that the Makmur cluster in the Kulai district reported six positive Covid-19 cases after 68 individuals were screened.

As of today, Dr Noor Hisham said that a total of 325 clusters were reported in the country.

“From that amount, 167 clusters, including the five new clusters, are still active while 47 cluster have recorded additional cases. 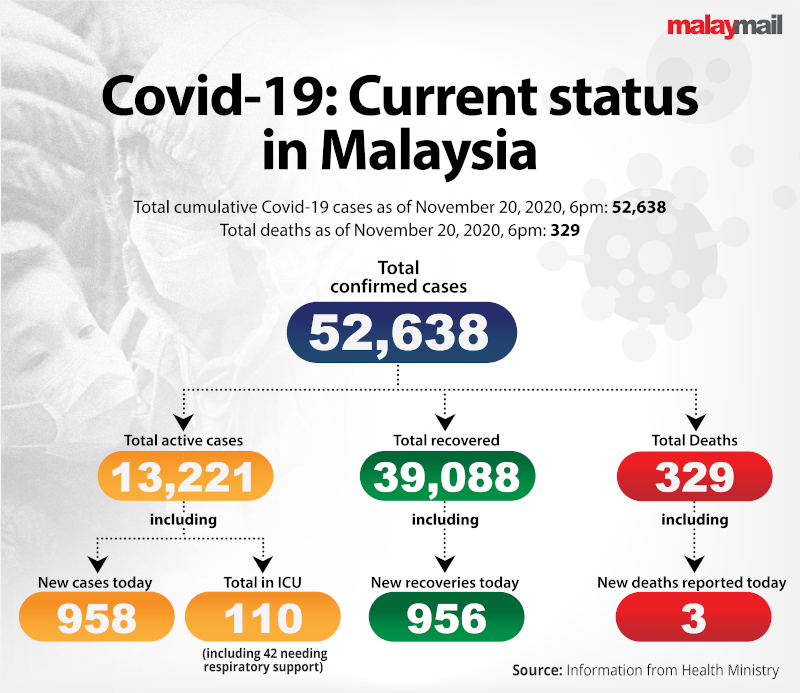