What is the R0 and why is it down when Malaysia’s Covid-19 cases are up? Community medicine expert explains

Health director-general Tan Sri Dr Noor Hisham Abdullah said that the R0 could go as low as 0.5 in two weeks if compliance with preventive measures were high. — Picture by Shafwan Zaidon
Follow us on Instagram, subscribe to our Telegram channel and browser alerts for the latest news you need to know.
By OPALYN MOK

Comparatively, he said on September 11 that the R0 was 2.34 when the country had 45 new cases then.

The R0 is a projection of how many people on average each new Covid-19 patient would infect.

“In the simplest words, for example, if I have Covid-19 and I spread it to my husband only, the R0 is 1.0,” AIMST University’s School of Medicine Assoc Professor Dr Saraswathi Bina Rai explained when contacted by Malay Mail.

“Now, if two of us are infected but we stayed home and are isolated from others so we did not spread it to anyone, this means the R0 is 0.0 because we did not infect anyone else.”

Dr Saraswathi explained that because R0 measures how far Covid-19 travels on average after each patient, the figure is necessarily lowered when there was a large number of infected who did not subsequently pass it on.

This was why there appeared to be an incongruity between a lower R0 now, when the country has 42,050 Covid-19 cumulative cases versus September when it had been less than a quarter of this.

For Covid-19 to be effectively suppressed, the R0 must be below 1.0. The smaller the number, the faster the suppression.

Dr Saraswathi also cautioned against using R0 as a reliable indicator of how severe or otherwise the country’s Covid-19 situation was, saying that its use was primarily to project the average number of subsequent infections.

As the R0 is based on an average and can vary from place to place and time to time, Dr Saraswathi said it was more informative to look at the effective reproduction number (Rt), which instead measured the average number of people infected by a Covid-19 patient at a given time.

“Rt is the real-time effective reproductive rate of the virus that can show how it was spreading,” she said.

Dr Saraswathi explained that the infectivity of Covid-19 could be suppressed so long as Malaysians were diligent with maintaining preventive measures, such as santising their hands regularly, wearing face masks when outside and maintaining a 1m distance from others.

In conjunction with the conditional movement control order (CMCO) enforced in most parts of Malaysia, she said this would be sufficient to keep the R0 down.

Dr Noor Hisham said at the beginning of the third wave of Covid-19 in the country that the R0 had been 2.2.

He said the CMCO in Sabah, Selangor, Putrajaya and Kuala Lumpur has brought the R0 down to below 1.0 and that it could go as low as 0.5 in two weeks if compliance with preventive measures were high. 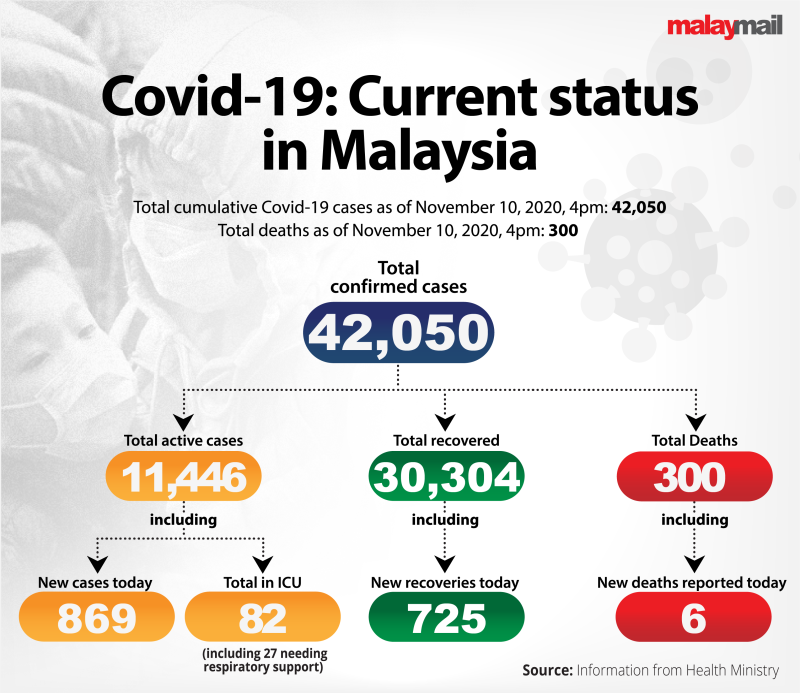