The scene on the day a helicopter crashed in Melawati on November 8, 2020. — Picture by Hari Anggara
Follow us on Instagram, subscribe to our Telegram channel and browser alerts for the latest news you need to know.
By YISWAREE PALANSAMY

In a statement today, the department's operations centre head Zulfikar Jaffar said that one female and three male victims were involved in the crash, with two confirmed dead at press time 1.20pm. 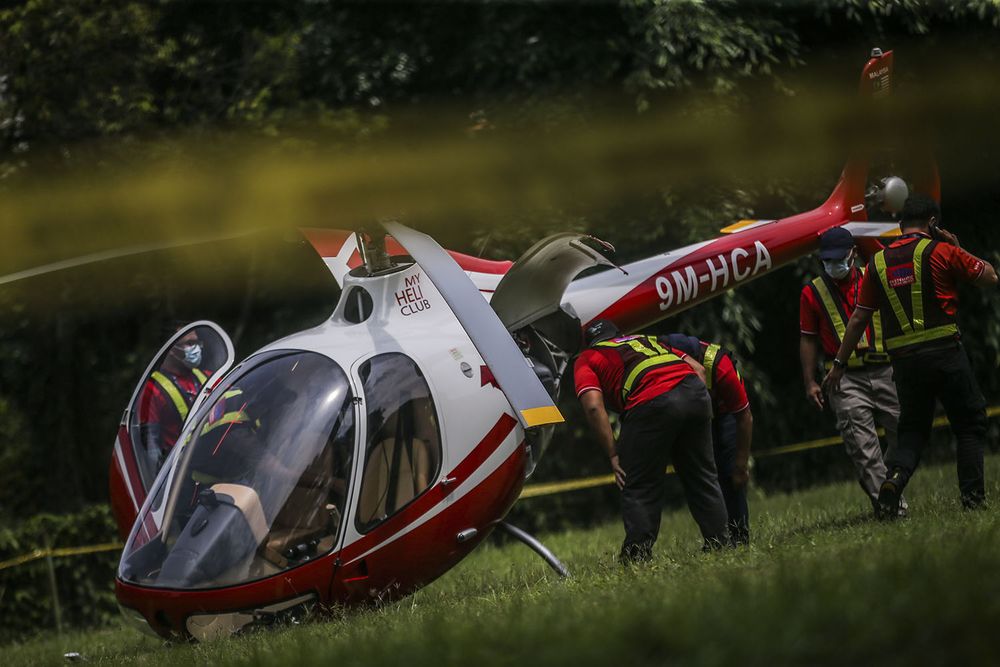 A helicopter crashed in Melawati on November 8, 2020. — Picture by Hari Anggara

Authorities have yet to establish the identities of the two deceased at this point.

“We can only confirm two people died from the crash. This was confirmed by St John’s Ambulance of Malaysia at the scene,” Zulfikar told the media in a brief text message.

Videos of one the helicopter crashing had made its way via social media platforms this afternoon.

When contacted, Ampang police chief ACP Mohamad Farouk Esha said he was on the way to the scene and will furnish the media with more details soon. 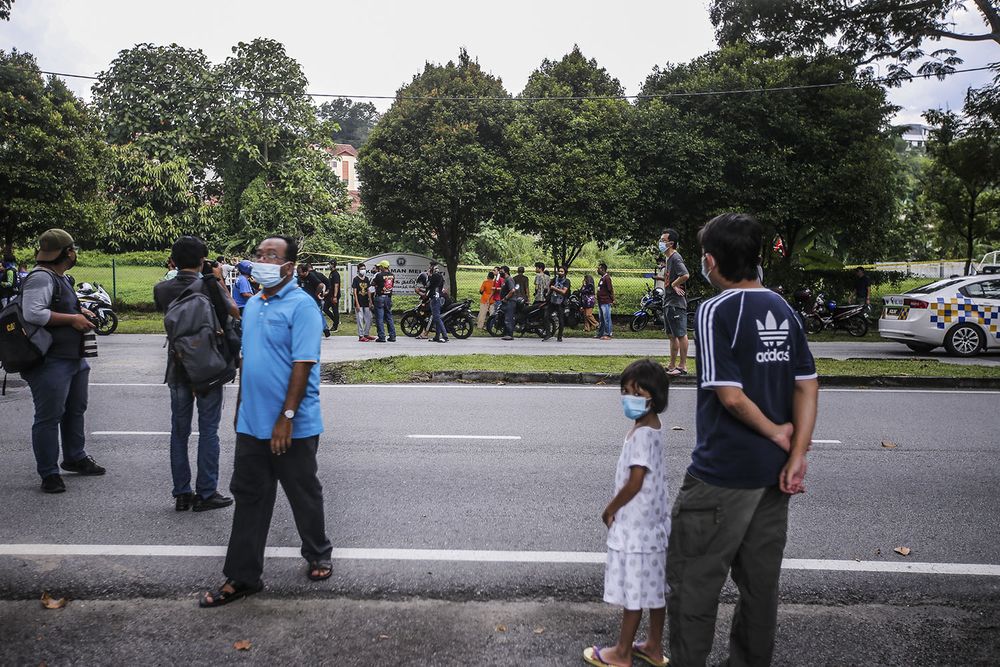 Curious onlookers at the scene where a helicopter crashed in Melawati on November 8, 2020. — Picture by Hari Anggara

International Trade and Industry Minister Datuk Seri Mohamed Azmin Ali, who is the Gombak MP, had also rushed to the scene upon being informed of the incident.

Azmin reportedly said he hoped the authorities would investigate the crash exhaustively.

The police confirmed later that the two helicopters had collided mid-flight, causing one to crash and forcing the other into an emergency landing at a nearby field. 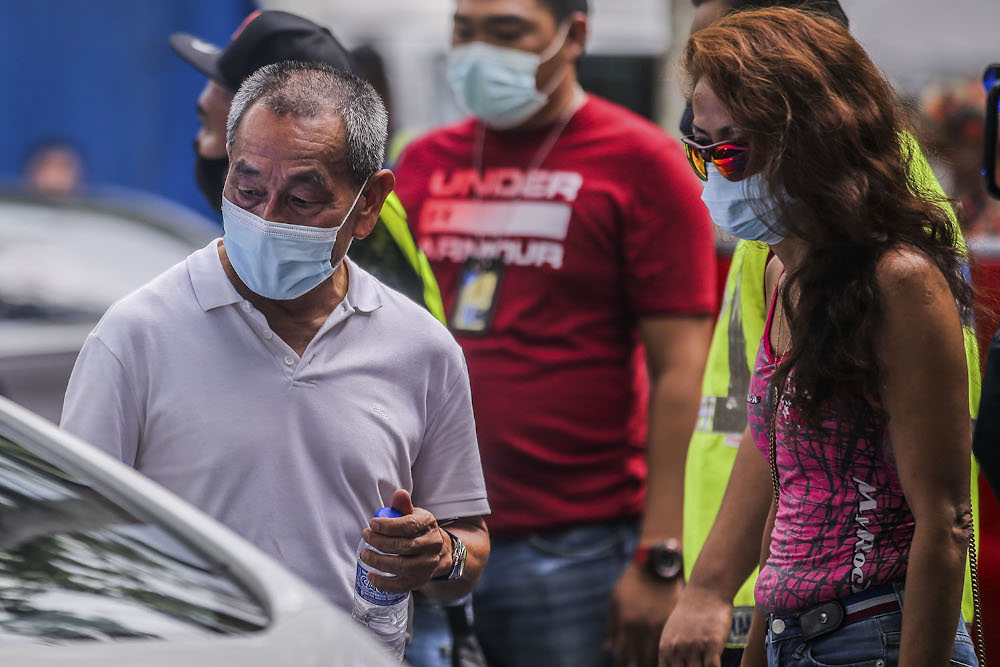 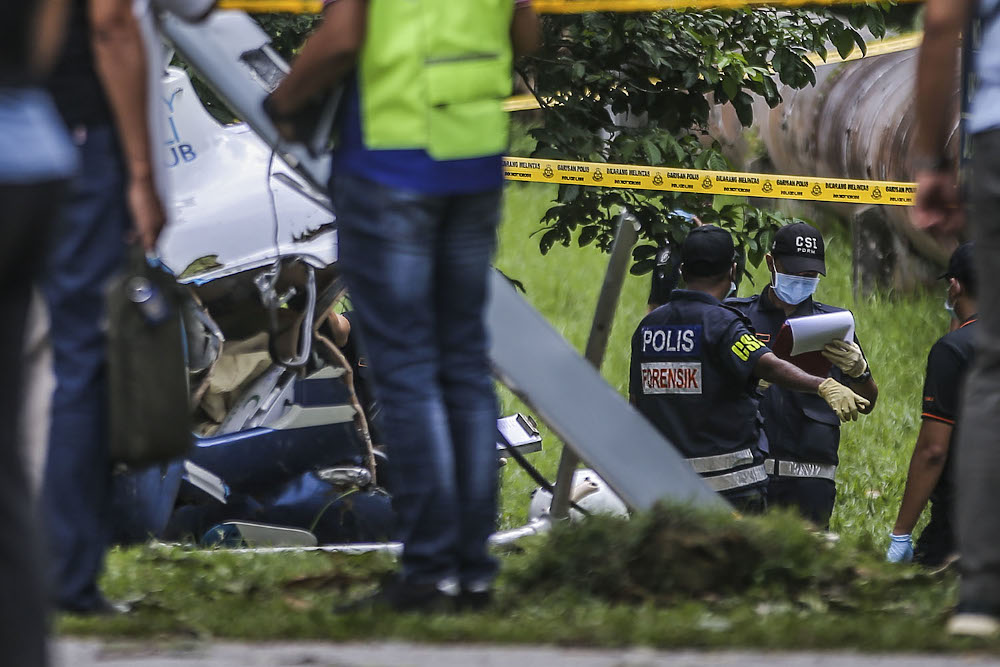 Forensic police are conducting an investigation which involved two victims during the helicopter crash in Melawati on November 8, 2020. — Picture by Hari Anggara

Mohamad Farouk said the helicopter’s wreckage was being dismantled so that it could be transported to an investigation facility.

The two people killed were taken to the Universiti Kebangsaan Malaysia Medical Centre for autopsies.