He added that the nine Malaysians who had recently returned from India, were all medical students, while the other case involved an Indonesian national in Sarawak.

“Pulau and Selamat had six cases each while five new cases were detected in the new cluster of Bangau-Bangau,” Dr Noor Hisham said during his Covid-19 briefing today.

In Kedah, 10 new cases were reported in the Sungai cluster involving nine locals and one foreigner who were detected during screenings conducted in the area under an enhanced movement control order.

In Selangor, the sole case was detected during a preoperative screening and the individual was admitted to Sungai Buloh Hospital.

“To date, there are nine individuals in intensive care, where two are currently on ventilators.

“With no fatalities today, the death toll remains at 130,” Dr Noor Hisham added.

There were also 168 recoveries recorded today. 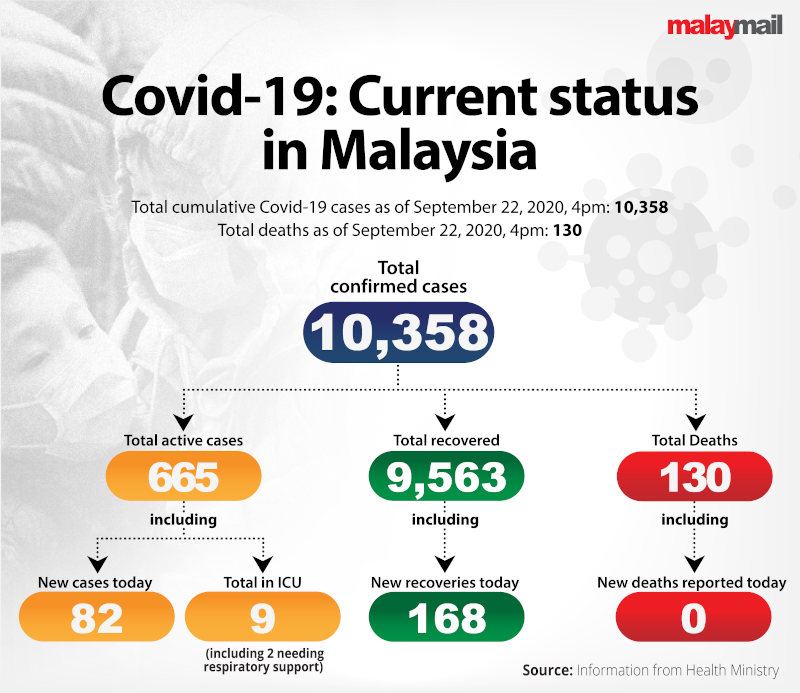