Shafee says High Court judge an honest man who made honest mistakes in his judgment, repeats intention to appeal against Najib’s conviction

KUALA LUMPUR, July 28 ― Following the conviction and sentencing of Datuk Seri Najib Razak in his RM42 million SRC International Sdn Bhd trial, his lead counsel today claimed that the High Court judge presiding over the case had committed honest mistakes in his judgment.

“This judgment is honest, he is an honest man, and he honestly made various mistakes.

“And from the judgment at the prosecution stage, he has gone into the current final judgment and we find the error compounded,” Shafee claimed.

Shafee again stressed that credit is due to Nazlan for conducting a fair trial, but pointed out that one of his grouses is that the judge had not applied the concept of criminal law to the case.

“My only complaint is that he does not seem to apply the criminal concept and philosophies of criminal law. He seems to have applied a more civil concept.

“In criminal law, when there is reasonable doubt in a case, you have to throw the case out, while in civil cases, you do a balancing act, deciding between which person is telling the truth,” he said.

However, Shafee said that they will be appealing Najib’s conviction and sentencing first at the Appellate Courts.

“It means he denied every single defence point, and it has not been taken up by the judge.

“But this would be better in a scenario where we want to fight in the Court of Appeal because we have at least 10 more judges to hear our points,” he said when met in court today. 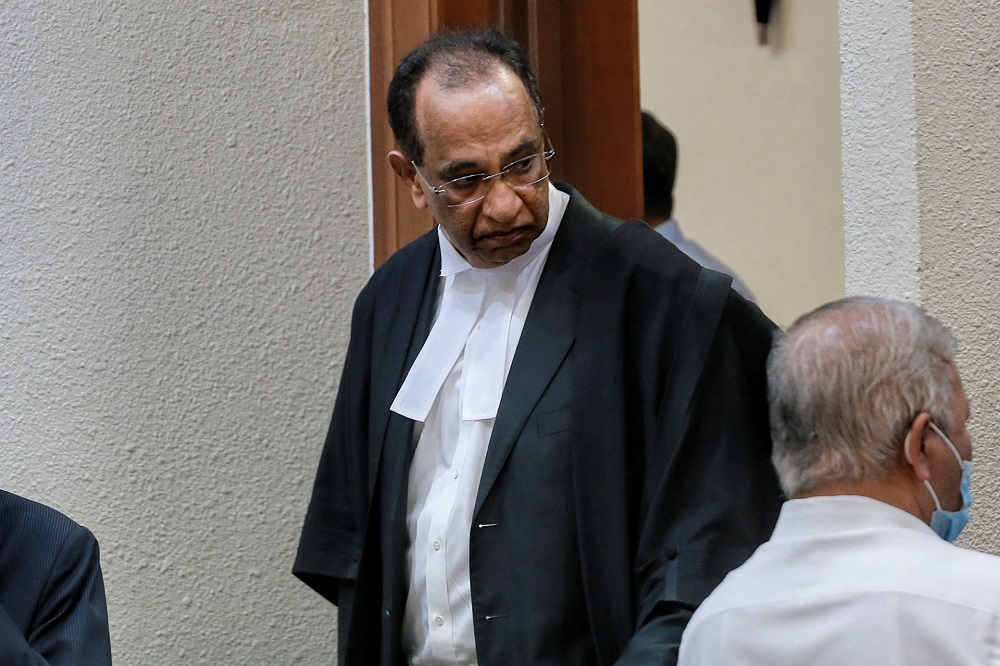 “Of course, as prosecutors we came with evidence, both in documentary form and with witnesses, presented the evidence and we are pleased that the evidence that we believed, we trusted, which we thought there was a case, was accepted by the court.

“This is a victory for justice. Of course, it's a huge relief for us with the findings of the learned judge,” he said.

When asked to comment on Shafee’s assertion that the judge had made “honest mistakes”, Sithambaram said the manner and level of detail Nazlan displayed when delivering his judgment earlier today bears testament to him properly scrutinising all the evidence adduced over the course of the trial.

“He saw them in person and with the documentary evidence that has been presented, he evaluated it, and with the submission put in by the defence which ran into more than 2,000 pages and the submission by the prosecution which was about 600 to 700 pages.

“He has read all that and his judgment today was testimony that he has considered all the facts and he has come and made a finding based on fact,” he said.