Malaysian Muslims observe social distancing while performing Friday prayers at the At-Taqwa Mosque during recovery movement control order in Kuala Lumpur June 12, 2020. — Pictures by Shafwan Zaidon
Follow us on Instagram, subscribe to our Telegram channel and browser alerts for the latest news you need to know.
By DANIAL DZULKIFLY

KUALA LUMPUR, June 12 — As restrictions are slowly lifted for places of worship under the recovery movement control order (RMCO), Muslims today slowly returned to their local mosques hoping to perform their prayers.

This is in tandem with Putrajaya’s announcement that mosques and suraus located in Covid-19 green zones within the Federal Territories are now allowed to fill one-third of their congregational capacity for Friday and obligatory prayers.

Today at the At-Taqwa Mosque in Taman Tun Dr Ismail, congregants came as early as 11am to fill a very limited space for Friday prayers.

The mosque which usually sees some 3,000 congregants during Friday prayers prior to the movement control order (MCO), now only sits 173 people within its prayer halls — adhering to the strict standard operating procedure (SOP) set by the government.

Speaking to Malay Mail after the conclusion of Jumaat prayer, the mosque head imam and naqib (officer) Ahmad Saufi Mustaffa, 36, explained that the mosque still practices first-come-first-serve for those who wished to perform Friday and subsequent congregational prayers.

“We issued congregants a numbered ticket for a maximum capacity of 173 people. We are adjusting according to the SOP set by the government,’’ he said.

Prior to today’s Friday prayers, after the mosque had already filled its quota, congregants who came slightly late were politely turned away by police officers who kept watch at the Taman Tun Dr Ismail mosque. 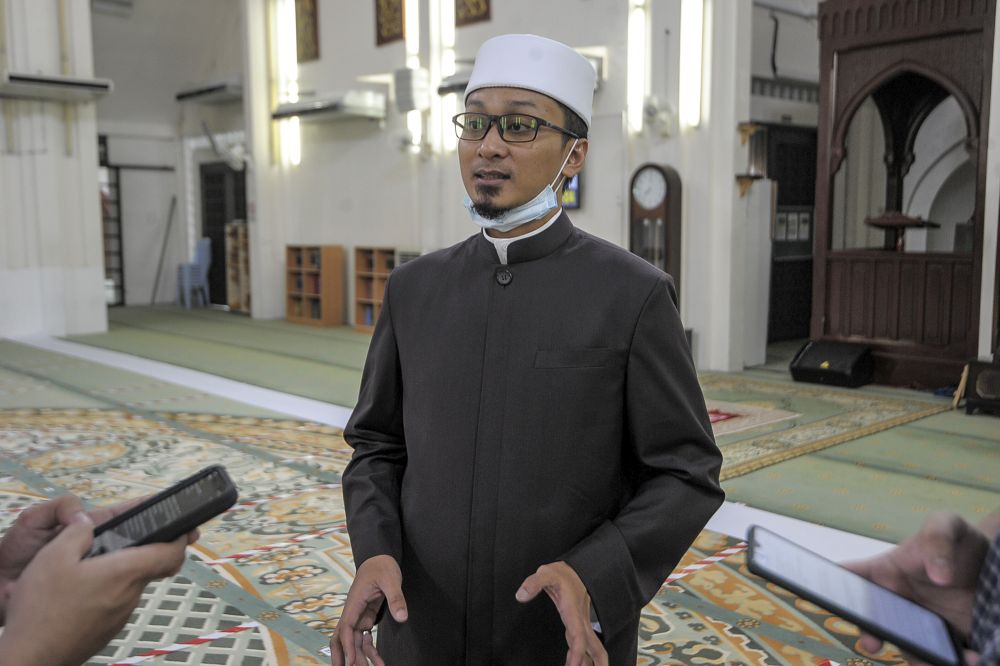 Saufi said he was confident that authorities would soon allow for more congregants if they are satisfied with the strict guidelines being adhered to.

‘‘I think for the time being, the authorities want to see how mosques, in general, are following through with the SOP. Perhaps in time, they would allow us to open our space for more congregants to perform their prayers.

“We would broadcast every week to inform the different areas of Taman Tun Dr Ismail that would be given priority to pray at the mosque. We hope people would cooperate and take turns to give their fellow man a chance to perform Friday prayers,’’ he said.

Speaking to Malay Mail, a Taman Tun Dr Ismail resident, Amir Hamzah, 60 lamented that he had missed his chance to perform Friday prayers today despite arriving at the mosque at 12.30pm an hour before prayer time. 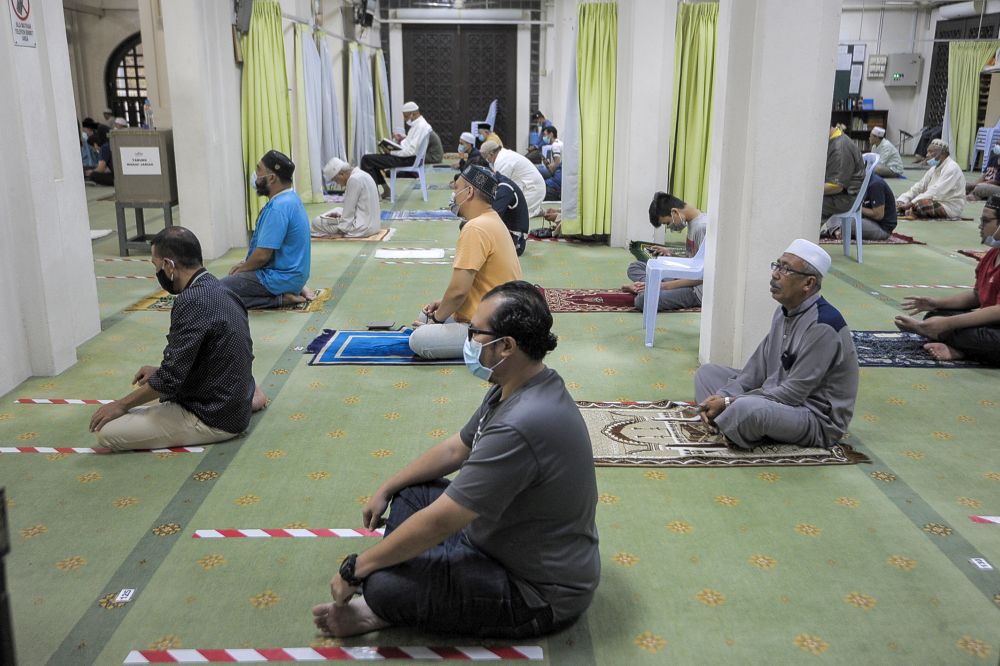 “I live only five minutes away from the mosque and so I thought coming an hour early was sufficient, turns out I was late. It’s disappointing as the mosque could only accommodate less than 200 people at the moment.

“I wish the government could reconsider allowing for more congregants within a mosque soon,’’ he said.

As part of the relaxed restrictions for mosques and suraus in green zones in the federal territories, each of these houses of worship can only be filled one-third of its full capacity.

Another congregant, Ali Ahmad Junid, 56, who was fortunate to perform Friday prayers today, said in jest that the new fist come first serve basis could encourage people to come to the mosque earlier.

“I guess it a silver lining, especially to get people excited to come early to the mosque. But in all seriousness, I hope that the government would study and reconsider allowing more congregants to perform prayers at the mosque,’’ he said.