PUTRAJAYA, June 1 — Married couples who are staying apart need to get police permission if they wish to travel between peninsular Malaysia, and Sabah and Sarawak to meet up during the conditional movement control order (CMCO) period, said Senior Minister (Security Cluster) Datuk Seri Ismail Sabri Yaakob.

He said the permission granted by the government today for husbands and wives staying in different states to meet was not automatic.

“They should get police permission first before buying their air tickets (for the interstate travel),” he told a press conference here after a special meeting of ministers on CMCO here today.

Ismail Sabri, who is also Defence Minister, said Sarawak imposed tighter travel restrictions than that enforced in the peninsula.

“In Sarawak, even inter-district travel is not allowed except with police permission,” he added.

Ismail Sabri said interstate travel is banned under the CMCO, which runs until June 9, except for emergencies, to attend funerals, work and married couples staying far apart.

All travels on these four reasons also need police approval, he said.

He also said police arrested 43 individuals and issued compounds to 356 others for various offences of violating the CMCO yesterday.

A total of 134 compounds were issued at roadblocks, with the three states with the highest number of compounds for attempted interstate travel being Perak (40 compounds), Selangor (29) and Penang (23).

On the process of sending back students from institutions of higher learning, he said no trips were scheduled for today in conjunction with Hari Gawai and Pesta Kaamatan.

A total of 1,617 students are still staying on campus and the Higher Education Ministry is making plans to send them home. — Bernama 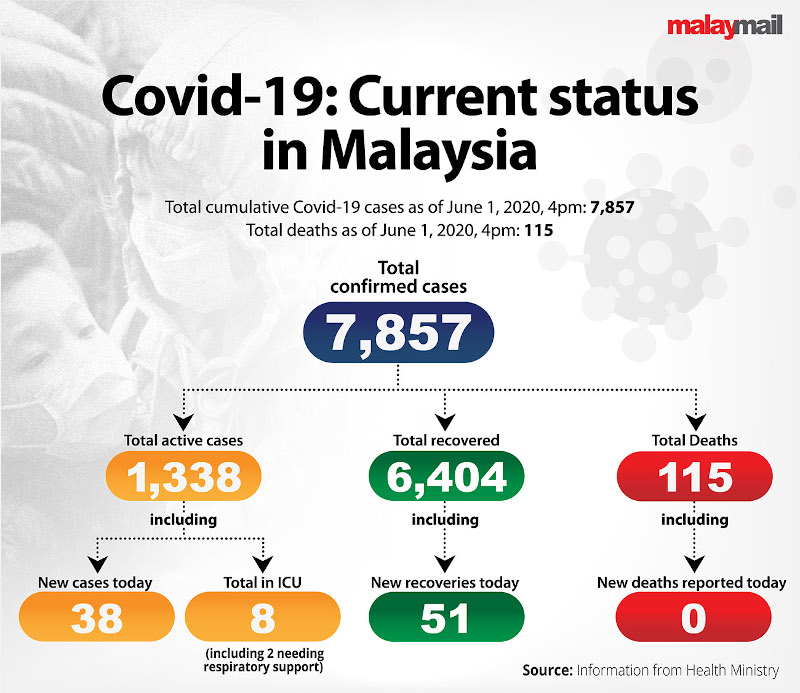