KUALA LUMPUR, March 23 — Strict movement restrictions to curb the spread of Covid-19 can only be effective if enforced for at least six weeks, according to epidemiologist Datuk Dr Awang Bulgiba Awang Mahmud.

“The 14-day MCO may be inadequate. If it is successful and we see a decline in new infections, we still need to extend it as we want the numbers to come down to zero or a number that is small and manageable.

“And that is not going to happen in two weeks.”

At least four more waves of infection will come from the untraced thousands who attended the tabligh gathering at the Jamek Seri Petaling Mosque here, a similar gathering in Makassar in Sulawesi, Indonesia on March 8, and the floating chariot festival in Teluk Bahang, Penang, according to the UM lecturer.

The droves, who returned to their hometowns just days ago, are also expected to spike infections, he said.

As of 5pm yesterday, Malaysia recorded 1,306 Covid-19 cases with 139 recovered. The novel coronavirus has claimed 11 lives to date.

The government has imposed a strict two-week MCO starting March 18 in a bid to “break the chain” of infection, although it remains unable to pin down the number of true cases, which it blamed on uncooperative infected patients, most of whom are from the tabligh gathering.

But detractors, including the UM epidemiologist, have criticised the government for not having actively sought out those who attended the chariot festival as it reportedly involved some 30,000 participants.

Awang noted the government’s method of testing has been to identify clusters or large gatherings so that possible infections could be weeded out and contact tracing could begin, but tracing has yet to actively commence tracing those at the chariot festival.

“All of them have to be traced. We have to break the chain of transmission,” he said.

“If there are 30,000 people and we go by the conservative estimate that 5 per cent of them are infected, that is 1,500, and under the reproductive rate of the virus, this could infect another 3,000 people (in the second generation).”

But that was a conservative estimate based on the tabligh gathering, where the infection rate was 10 per cent based on its batch of samples, the expert was quoted as saying. 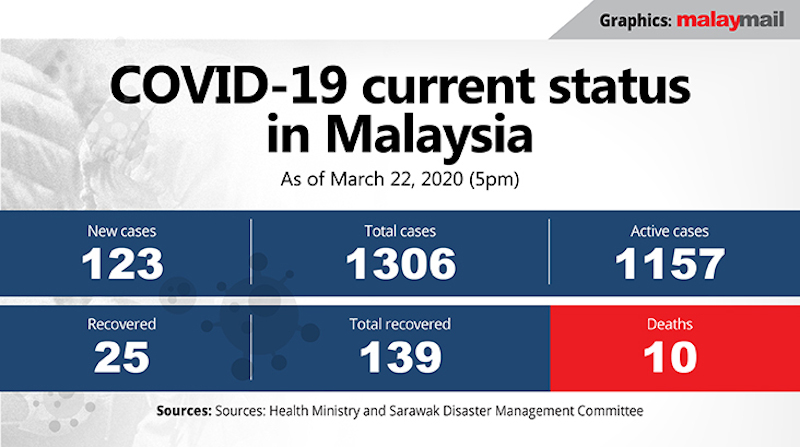 Health Minister Datuk Seri Dr Adham Baba on Thursday said Covid-19 cases in Malaysia were at a plateau, with no exponential increase.

But Awang warned that it may be premature to say the spread has plateaued.

“Now that the numbers seem to have stagnated, the new infection rate is expected to plateau for a few days. But at this juncture, it’s premature to say so,” he said.

“If you follow the example of China, even when cases fell to zero, they waited for 14 days before they declared it was over because new clusters may emerge that are asymptomatic. They have to wait until the incubation period is over and no new cases appear.

“We just have to wait and see.”