Najib, through a Facebook post, mocked the updated ECRL route that now omits the Gombak station, saying this was the main attraction of the project during Barisan Nasional’s administration.

He said the current plan would require those living in the capital to travel south and get onboard the ECRL at the closest stations in Putrajaya or Bangi before heading north.

“PH likes U-turns, so PH is also forcing the people of KL to make a big U-turn if they want to head to the East Coast,” he wrote in his post.

The Prime Minister’s office yesterday announced the ECRL would resume at a price of RM44 billion, a reduction of RM21.5 billion from its original cost of RM65.5 billion.

Special Envoy of the Prime Minister Tun Daim Zainuddin, who had been leading the negotiations with China Communications Construction Company (CCCC), was reported saying the new route would be 40km shorter with its per kilometre cost brought down from RM98 million to RM68 million per kilometre.

The new alignment will start in Kota Baru in Kelantan, run through Mentakab, Jelebu, Kuala Kelawang, Bangi/Kajang, Putrajaya, before ending in Port Klang.

Official graphics provided on the Malaysia Rail Link website shows two proposed stations, one being Jelebu station, and another unnamed stop between Putrajaya and Port Klang along the route.

Najib in his post conceded that plans to borough through the Titiwangsa Range for a tunnel route through Bentong to Gombak was the costliest section of the project, but insisted it was needed to ensure city folks could make the East-bound journey in a shorter time.

He said the tunnelling through the Titiwangsa Range alone would cost some RM10 billion and extend up to 18km, taking the title of the longest tunnel in Malaysia.

“PH will no longer build a few tunnels and bridges including the longest tunnel as I have mentioned, all to lower the cost from RM55 billion to RM44 billion.

“Maybe PH has a phobia towards building a tunnel,” he said.

Najib added the new ECRL route would make a four-hour journey become one that lasts more than five hours, defeating the purpose of wanting to provide shorter travel periods to those living in Bentong or Mentakab to head to the capital daily. 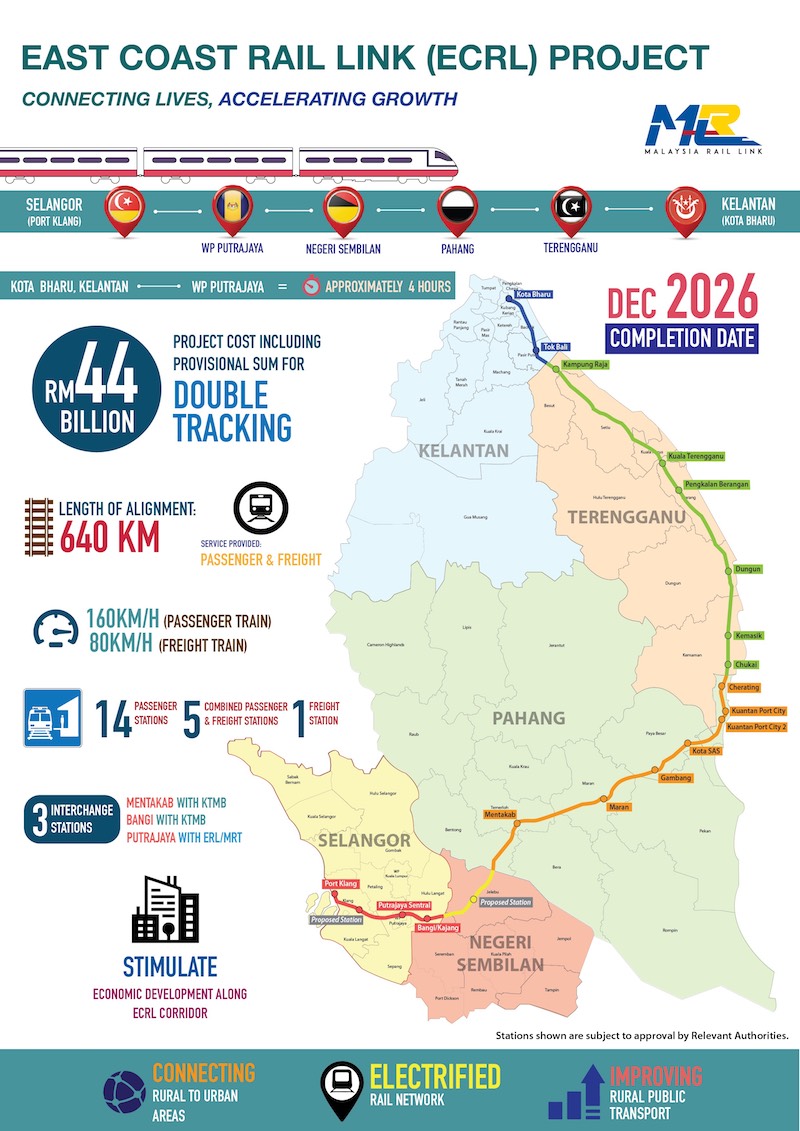