The Betta Persephone fish species, or commonly known as ikan laga, is currently listed as critically endangered. — Picture via SeriouslyFish.com
Follow us on Instagram, subscribe to our Telegram channel and browser alerts for the latest news you need to know.
By By Ben Tan

JOHOR BARU, Feb 3 — Unbeknownst to many except for aquarium enthusiasts, Johor is home to one of the world’s rarest and most beautiful fighting fish, the Betta persephone — which got its name from its dark colour; a nod to the Greek goddess, Queen of the Underworld.

Thought to be nearly extinct, the critically-endangered species that once was common in the state has recently been found in its natural habitat in the North Ayer Hitam forest reserve by a nature lover.

Fish spotter Mohd Ilham Norhakim Lokman said part of forest reserve is the only natural habitat for the fish — and he urged the Johor state government to step up protection for the rare Betta’s habitat.

“The fish can only be found in the Muar,” said Mohd Ilham, who has been studying this particular species since 2015.

“In the past there were three other locations here where the fish used to thrive, but with drying up of streams due to nearby plantations, only one habitat exists currently.”

But rapid urbanisation has been among the reasons why the fish is now considered a critically-endangered species.

In order to breed optimally, the fish needs a water pH level of 3.8. In comparison, pure water has a pH value of 7, and surface water usually falls between 6.5 and 8.5.

“For me, I have a passion for these tiny freshwater fish.

“There are other similar species in the North Ayer Hitam forest reserve, but the Betta persephone is close to being extinct unless something is done to preserve or rehabilitate its natural habitat,” he said.

One of a kind

The 33-year-old fishmonger from Muar said he has previously assisted the Malaysian Nature Society (MNS) and Universiti Malaysia Terengganu’s fisheries unit on their studies related to local freshwater fish.

“I basically do my own freelance research to understand the fish and their habitats.

“My particular focus on the Betta persephone species was due to the fact that it was close to extinction and because the fish hails from Muar,” he said.

Mohd Ilham said he strongly believes that no Malaysians have any specimen of the fish that is taken directly from its type locality.

In the fisheries glossary, “type locality” means the location, place or source where a type of specimen was found.

“The Betta persephone is a unique fish no other type of fighting fish can match in terms of its colour,” said Mohd Ilham.

He is now urging the state government to take over the peat swamp — the fish’s natural habitat — and rehabilitate it.

MNS vice-president Vincent Chow also said more effort should be taken to preserve the fish since its falls under the category of critically endangered.

He said the fact that the fish is now near extinct is disappointing as it was previously found in abundance in our rivers and streams many years ago.

Chow also blamed the current situation on rapid urbanisation, explaining that the Betta persephone’s natural habitats were destroyed after streams were turned into large concrete drains in the name of development.

Preserve before it’s too late 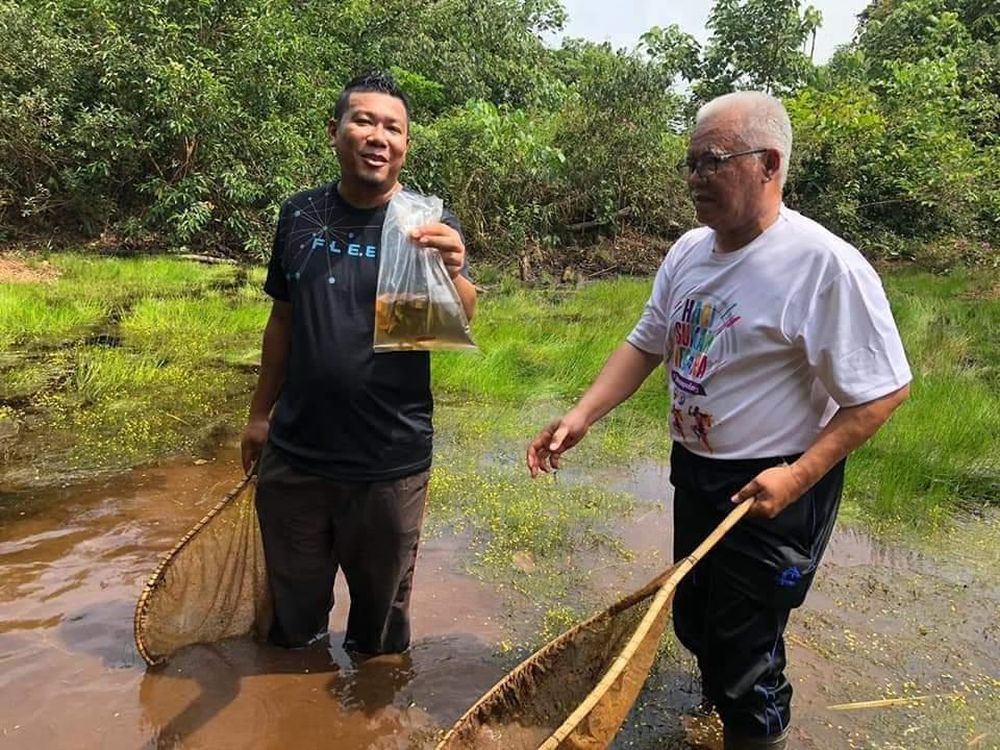 Meanwhile, Senggarang assemblyman Khairuddin A. Rahim, after visiting the fish’s habitat in Ayer Hitam together with Mohd Ilham, also urged the government to step in and help preserve this particular species.

“The fish is an asset for the state to attract tourists, if nothing is done it will be extinct,” he told Malay Mail.

“The mission of saving these ‘endangered’ fish and its habitat should be made quickly and the government can develop this area as a tourist spot,” he said.

Khairuddin, a known environmentalist, suggested that the state government recover the land containing the fish habitat and gazette it as a peat swamp reserve site.

He said he will bring up the matter during the next state assembly sitting and come up with a proposal to rescue the almost extinct fish species.

In addition to tourism, Khairuddin said the location can be an educational site for students who want to study the fish’s habitat in more detail.

He said our Malaysian forests are known to be rich with wildlife that can attract the attention of nature lovers.

The Betta persephone is a small species with a maximum length of 2.6cm. The males are largely blue-black in colour, with the females exhibiting browner tones.

It is also listed on the International Union for the Conservation of Nature Red List of Threatened Species since 1996.