“Any Opposition party is free to form a Shadow Cabinet whose purpose is to serve as a check and balance to the government of the day,” Nga told reporters after chairing a mock parliamentary debate session for members of the Young Presidents’ Organisation-Malaysian chapter.

The function of the Shadow Cabinet is to monitor the government and formulate alternative policies.

Most of the positions in the Shadow Cabinet are filled by former ministers who previously held those portfolios when BN was in government.

In the UK, the Shadow Cabinet is listed on the Parliament’s official website, as well as the official spokesmen in smaller political parties on various issues. 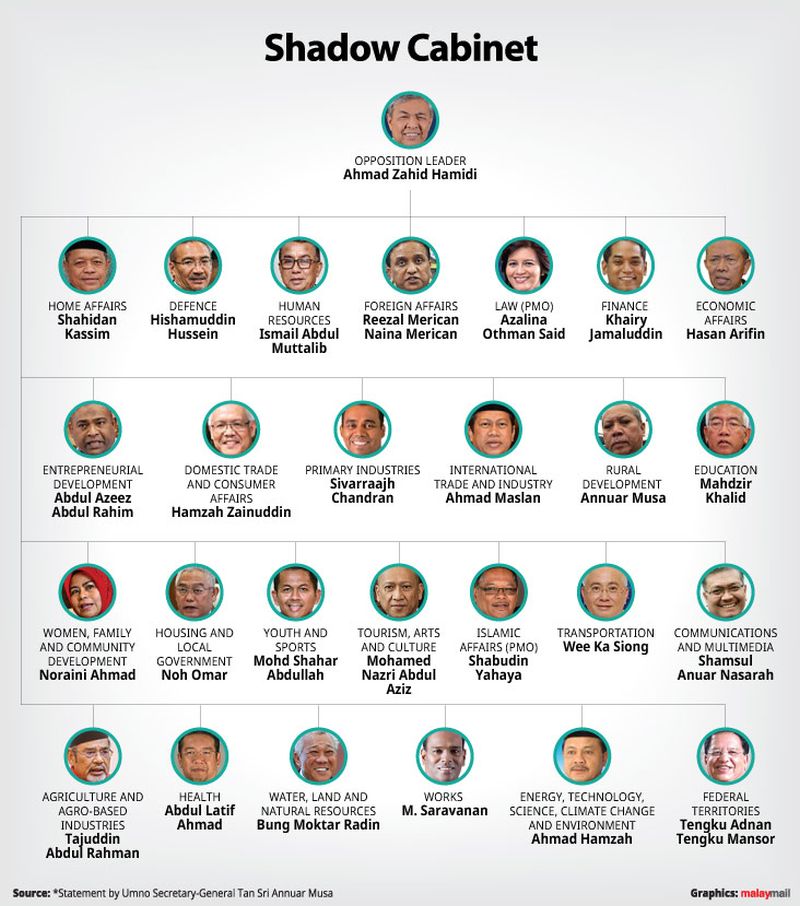