For Umno, time to let go of Dr M 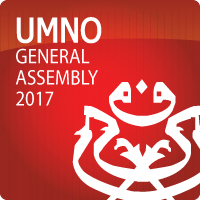 KUALA LUMPUR, Dec 8 — While many in Umno still remember Tun Dr Mahathir Mohamad and his deeds for the party, the general consensus among members now is that the party must come first.

After leaving Umno and forming Parti Pribumi Bersatu Malaysia (PPBM) and Pakatan Harapan, the former prime minister has upset many of his former supporters and ultimately turned Umno against him.

In Kubang Pasu — Dr Mahathir’s former parliamentary constituency — the local leaders feel that even if he contests there in the 14th general election, he would not be able to win the seat back or attain the same level of support he had back when he was in Umno.

“In Kubang Pasu, he won’t win there even though he was there for 30 years. For past 30 years we didn’t go against him but we now will. We welcome him to come here.

“His time has passed. He should not interfere in today’s government,” the division’s Umno secretary Datuk Samsuddin Ahmad told Malay Mail when met at the sidelines of the party’s general assembly yesterday.

Samsuddin, who has been the division secretary since Dr Mahathir’s time said that while he feels disappointed with the 93-year-old’s actions, he is confident that the ex-prime minister’s machinations will eventually backfire.

“I worked under Dr Mahathir before. At the beginning, the people respected his leadership but when he left Umno and fought back. The people do not really believe him. They don’t believe his actions,” he said.

Langkawi, situated in Kedah has been marked as one of Dr Mahathir’s iconic achievements during his time as PM, as he brought progress and development to the duty free island for over 20 years.

But right now, as much as locals are thankful to the former premier, many no longer favour of him, according to Langkawi Umno deputy division chief Saidi Nanyan.

“We cannot be sentimental and nostalgic over what has happened. What is more important is moving forward. We have to use the commitment of the current BN government to bring up the county. We cannot go back in reverse,” he told Malay Mail.

The Kuah assemblyman added that Umno members have grown tired of Dr Mahathir’s antics especially after he is seen being overtly friendly with the DAP, the very party which once labelled him as a “dictator.”

“It is ironic though that they were the ones who labelled him dictator and mahafiraun. But now, why do they agree with him? Why is it they can accept a dictator as their leader. He is the same man.

“When Dr Mahathir led Umno, he preached to us that DAP is evil. He was the one shaming DAP all this while but now he sits with them. But, we know the true colours of DAP and realise it. Sadly now Dr Mahathir doesn’t,” Saidi said.

“He used to be the one who hated DAP all this while. They were the main enemies especially with their chauvinistic policies. But now he is together with them not because he agrees with their policies but because of a personal reason.

“He rather destroy the country and party he built for his own selfish reasons. This will lose the Malay votes,”the Umno supreme council member told Malay Mail yesterday.

Gerik Umno division chief Datuk Hasbullah Osman stressed that the party ready to take on Dr Mahathir and the Opposition with full force in the next general election, and that Barisan Nasional (BN) prepared for anything.

“He has to think, the leadership needs to go on. We can’t be holding back to something that has gone long ago.

“The Malays see it and the non-Malays see it. They also can see now more than ever how Dr Mahathir is. There is no point,” he said.

Dr Mahathir left Umno following his failed attempt to depose Najib, and has since become the leader of the PH pact.

The move has cost him the reverence he once commanded within Umno, with the party’s members particularly aggrieved by his decision to team up with DAP that he had reviled up until his defection to the Opposition.

The Umno general assembly started on Tuesday and runs until December 9.