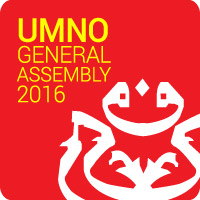 KUALA LUMPUR, Dec 2 — Datuk Seri Najib Razak is a leader gifted with foresight due to his ability to recognise China as a top trade partner, an Umno delegate said at the party’s annual general assembly here today.

Kelantan representative Datuk Ikmal Hisham Abdul Aziz said the Umno president made a pragmatic decision to court China at the expense of the West and also Japan.

“They say we are selling our country, when actually we must congratulate our president and defend him as he is visionary leader.

“He foresaw that China is on its way to be the biggest economy in the world,” he said in reference to Najib who is prime minister and Umno president, while debating the motion on economy

Ikmal said Malaysia should no longer “rely” on the US or Japan for trade, claiming the two nations have become unstable and economically weaker.

The Kelantan Umno delegate also claimed China is a better trade partner because investments from the West are not redistributed locally, but repatriated back to their respective countries.

“Investors from the West, the profits they made from this soil are only repatriated back there.

“So it is better with China,” he said.

He said those who chide the East Coast Rail Link (ECRL) for what the alleged over-inflated costs should not question the price tag, but instead welcome the project as a gift to the people.

“Why question the costs? What is important is its implementation will benefit many,” he said.

Najib’s pursuit of trade with China that resulted in the communist republic investing some RM155 billion in Malaysia has come under scrutiny from the Opposition.

Among the issues that has come under fire is the RM55 billion ECRL project, which critics said were overpriced.