PETALING JAYA, Sept 6 — Dengue cases nationwide increased from 65,672 between January and September last year to 82,181 over the same period this year.

Deputy director-general Datuk Lokman Hakim Sulaiman said besides the 23 per cent hike in the number of cases reported, there was also a five per cent increase in deaths from 128 cases to 225 cases.

He said Selangor continued to top the list of cases and deaths recorded. 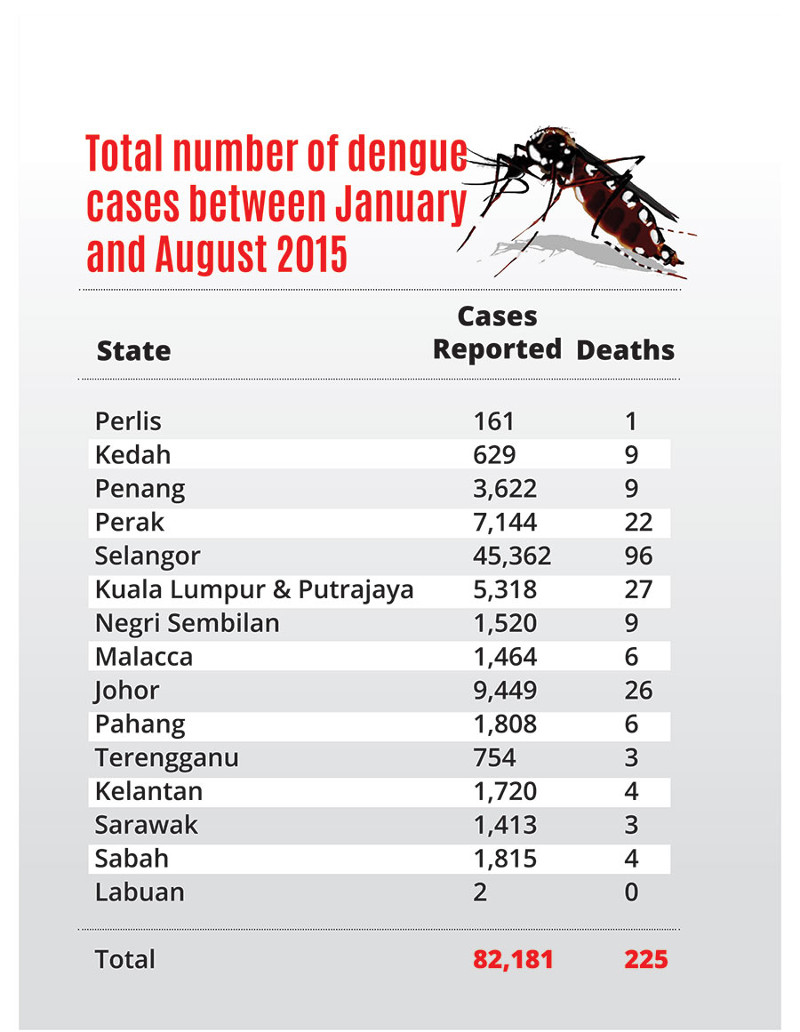 “Selangor has reported 45,362 cases in the last eight months, with 96 deaths. The numbers are truly alarming,” he said after launching the Kuala Lumpur and Putrajaya-level Fight Against Aedes programme at Sungai Besi Camp, on behalf of Deputy Health Minister Datuk Seri Dr Hilmi Yahaya yesterday.

“Construction sites have been identified as the main breeding grounds for Aedes mosquitoes,” he said.

He said Selangor also had the largest population among states with the largest amount of waste disposed daily, leading to more breeding grounds.

“The ministry started a campaign for construction sites to ensure they are free from mosquito-breeding grounds,” he said, adding that stop-work orders were issued to construction companies with mosquitoes breeding at their sites.

“In the Klang Valley, there is much idle land which becomes breeding grounds for mosquitoes. We are in discussions with the authorities to bring irresponsible landowners to book,” he said.