KUALA LUMPUR, Sept 12 — An Islamic youth group said today it wants the tables turned the individuals who made police reports about a controversial seminar organised by a local varsity, demanding that they be charged with sedition for their efforts.

Qamarul Nazrin Harun, president of Persatuan Belia Islam Nasional's (Pembina) Universiti Teknologi Mara (UiTM) Puncak Alam campus branch, said the university as a "centre of intelligentsia" has the responsibility of educating its students on how to defend Islam from the growing threat of Christianisation.

In May, authors Perzeus James and Uthaya Sankar SB lodged a police report against the organisers of a "Christology" seminar hosted at UiTM's Shah Alam campus a month earlier, claiming that the speakers at the event had insulted minority religions.

The varsity invited Indonesian Muslims, academics and converts to speak at the day-long seminar. They told a thousand-strong audience that the New Testament gospels on the life of Jesus were hearsay and contained falsehoods. They argued that Christians should convert to Islam or risk "betraying Jesus" and his principles.

A police official confirmed that an investigation had been opened following the police report, but declined to reveal which law is being used for the probe.

Qamarul today said that the behaviour of the two authors was childish as they have no right to question UiTM which falls under the scope of special privileges for Malays as enshrined under Article 153 of the Federal Constitution.

As the country’s highest court ruled that the word “ Allah” is exclusive to Muslims, the university  is justified in strengthening  the faith of its students against the use of the word by non-Muslims.

"Perzeus James and Uthaya Sankar should be the ones charged under the Sedition Act for undermining UiTM," Qamarul said.

The UiTM seminar came amid the legal wrangle between Putrajaya and the Catholic Church over the use of the word "Allah".

The Federal Court in late June upheld a lower court's decision to limit the usage of the word.

The authorities, meanwhile, are in the middle of a sedition blitz, having launched investigations or charged at least 15 people in recent weeks, including opposition politicians, activists, religious preachers, a news organisation and a journalist. 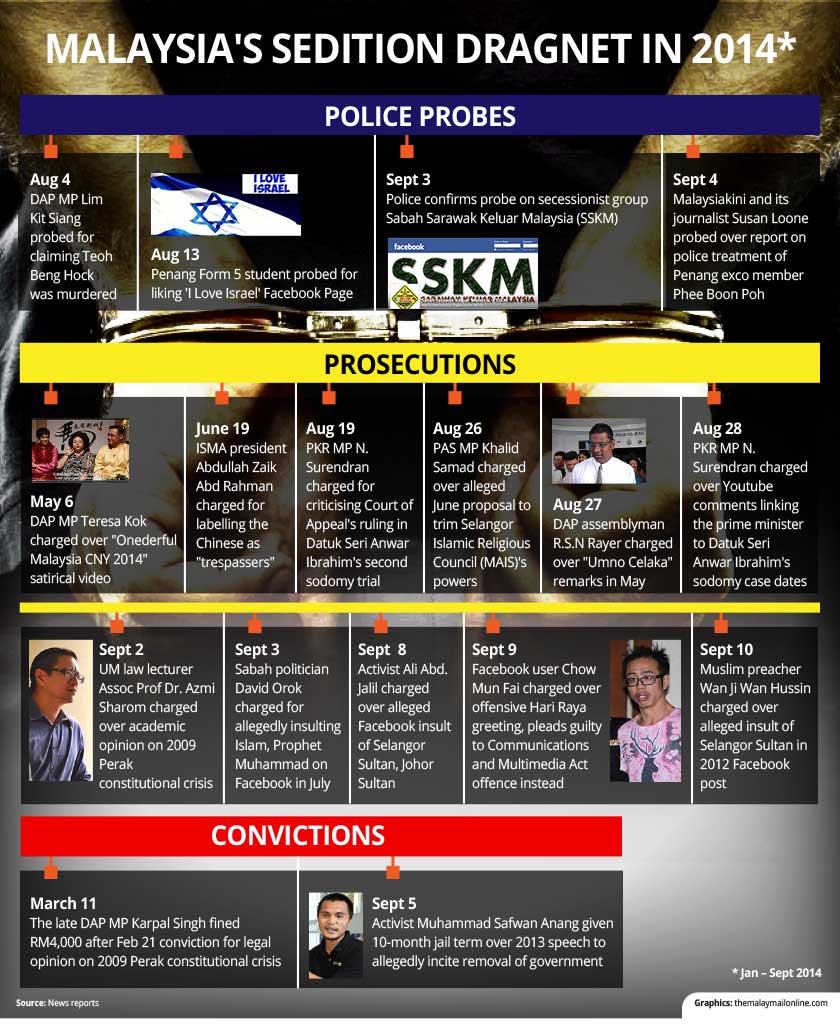