Feng shui masters predict 2021 to be a better year when compared to the challenging 2020. ― Picture by Hari Anggara
Follow us on Instagram, subscribe to our Telegram channel and browser alerts for the latest news you need to know.
By MILAD HASSANDARVISH

KUALA LUMPUR, Feb 9 ― It was no doubt that 2020 was the most difficult year the world witnessed in recent decades.

Pandemic, economic contraction, political uncertainty and social issues were the major topics that dominated the minds of Malaysians in the past Lunar year that is coming to an end soon.

With no end in sight for the Covid-19 situation, many Malaysians have remained sceptical and foresee 2021 to be as tough as 2020, if not tougher.

But, Chinese geomancy experts seem to have a more positive outlook this year as the world adapts to a new normal with signs of recovery.

As we head into the new Lunar year, Malay Mail asked feng shui masters Kenny Hoo and Yap Boh Chu to give us some perspective of the year of the Metal Ox based on the Bazi chart, Chinese astrology prediction. 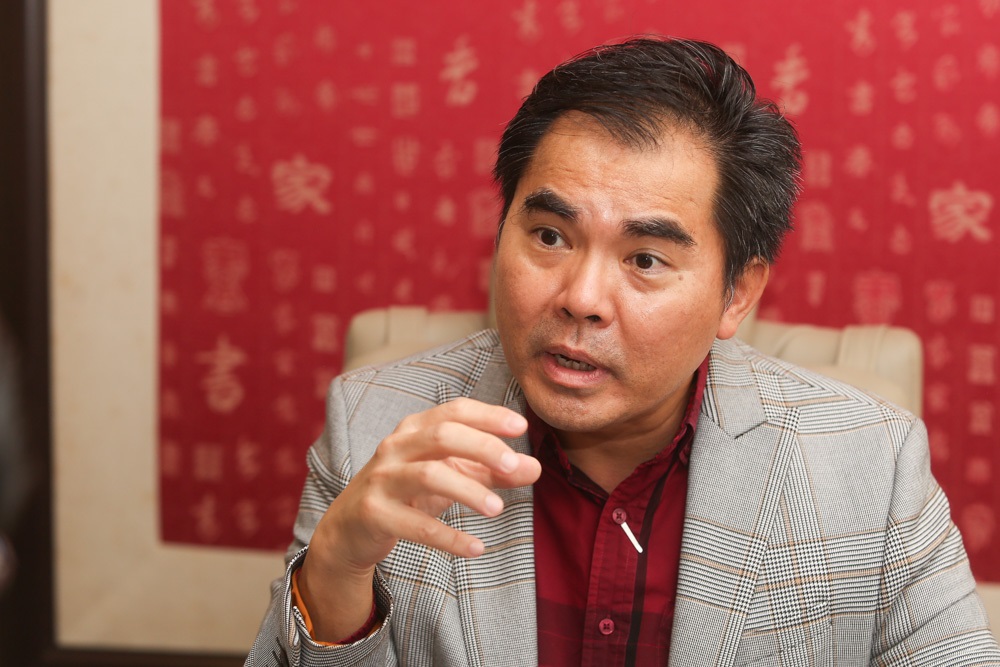 Feng shui master Kenny Hoo has named 2021 the ‘turnaround year’ as the world heads into recovery after a challenging year. ― Picture by Choo Choy May

Hoo said 2021 was the Golden Bull year and predicted that will be more positive with better opportunities.

“The combination of the elements make this year more auspicious with better harmony when compared to last year.”

According to him, June, August and December 2021 and January 2022 are deemed to be challenging months.

In contrast, he noted that February, May, July, September and October are positive months and offer good energy for business and the stock market.

Hoo said the keyword for this year is “turnaround” as people are expected to come together to expand their business.

“In this year, we have to proactively look into new avenues and expedite the recovery process by leveraging on technology and joining forces with strategic partners.

“Those who help each other with ‘shared prosperity’ in mind potentially have a higher chance to grow their career, wealth and success this year.”

Hoo, however, cautioned that the world can’t expect to go back to the pre-pandemic life as the “new world order” kicks in during the so-called “new normal”.

“The pandemic has changed many things in terms of economy, technology and the way people live. Hence, the new normal is no longer new as people have already altered their lifestyle.”

Hoo noted that the current feng shui period, dubbed Period Eight, is coming to an end in 2023, which can be the cause of instability.

“Often, the crossover between two periods – which happens every 20 years – causes uncertainties.”

Hoo, however, said Period Nine is deemed to be prosperous with more positive energy.

Despite the political turmoil in the country, Hoo said Malaysia is deemed to be doing well this year because of its positioning.

But, he predicted that Vietnam and Indonesia will perform incredibly well in the region.

According to him, industries with the element of Wood and Fire will have greater business opportunities.

Those with the element of Wood include, agriculture, healthcare and education.

“Industries with the elements of Fire, which include electronics, telecommunications, energy as well as innovative technologies will gain huge traction.”

Hoo said those who were born in the year of the Rat, Monkey, Rooster, Dog and Tiger will have many opportunities in 2021.

“The Snake and the Pig can anticipate many changes and uncertainties this year, hence it’s advisable to proactively meet with friends from far away to attract supporters.

“Similarly, the Goat, Ox, Horse and Rabbit will have a challenging year.”

Feng shui master Yap Boh Chu has predicted 2021 to be another challenging year but with some light at the end of the tunnel. ― Picture courtesy of Yap Boh Chu

According to Yap, the year is expected to be challenging but he was convinced that there will be some light at the end of the tunnel.

“The year will be challenging but it won’t be as bad as last year.

“Last year was gloomy all the way with no end to it, but we can see some light at the end of the tunnel this year.”

Yap said he foresees good things to happen from the fourth quarter of the Chinese year, which would be in November, December and January.

Yap also noted that generally, those who were born in the year of Ox, Dragon, Goat and Dog must be more careful as they may face more challenges than other zodiac animal signs.

In contrast, he said the Snake and the Rooster may have more luck this year.

Yap said he doesn’t foresee most countries in Southeast Asia, especially Malaysia, to be doing well this year.

He, however, noted that Vietnam and the Philippine would be doing very well in the region.

For China, Yap predicted that they will continue to prosper leading to 2024 as we head into the Ninth Period.

“Interestingly, this year will be a good year for the US too but they are expected to face some challenges during the 20-year Period Ninth cycle ― eventually giving way to China to continue its rise.”

“Property, financial services and tourism sectors are expected to experience another difficult year.”