Remembering this tiny restaurant at the end of the world

USHUAIA (Argentina), March 11 — The king crab starter had all the acidity you’d associate with a Peruvian ceviche but with a freshness courtesy of crustaceans that were probably still in the ocean a couple of hours earlier. Two years have passed but we still remember its clean, alarming flavour.

Two years have passed but it still feels as though it were just yesterday that we ate at the tiny restaurant at the end of the world.

Travelling to Ushuaia, considered to be the southernmost city in the world, was quite a journey already. Crossing several continents — from Asia, across Europe, till we arrived in South America — we were now at what was often the last stop for ships heading to Antarctica.

Yet, now that we were here, simply being at the end of the world was a journey in itself. From cruising the Beagle Channel, with the South Pole in our sights, to a walking meditation in the shadow of the Five Sisters Mountain, as grand as any imagined range in Middle-earth, every experience was a journey.

The views of the boundless ocean and the hours of hiking along treacherous trails would have been enough, we imagined. We hadn’t nursed any high hopes for fancy fare or elaborate meals; we had learned long ago that the further you travelled, the more basic and rustic food tended to be.

Which was perfectly fine: the empanadas were freshly fried; the fish and chips made with the day’s catch and not frozen stock. We ate well, if not memorably.

But fortune favours the bold, or those who keep a keen ear to gossip and to advice. We were told of a tiny restaurant further up the slopes in town, away from the pier and the masses of tourists waiting to board their catamarans. 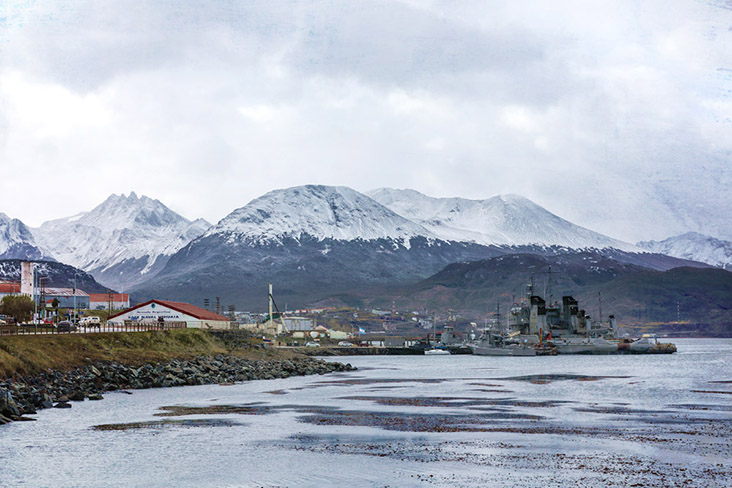 Ushuaia is the southernmost city in the world, often the last stop for ships heading to Antarctica.

And so off we went, trudging up the streets that led towards the mountains, rather than the perpendicular ones that wound around town like lobster traps, offering a Subway and a Hard Rock Cafe for those who craved familiarity.

We did not want fast food. We were adventurous. We would sample what overheard gossip and unsolicited advice suggested. And soon we reached our destination: Paso Garibaldi RestoBar.

Yes, it was nominally an Italian establishment but this is not strange in Argentina where a sizeable portion of its population are descendants of Italian immigrants over a century ago.

Argentinian cuisine this far south makes good use of the bounty of the Atlantic Ocean and the fresh waters of Patagonian rivers: from salmon to trout, spider crabs to squid. A chef trained in Italian cooking would work wonders with such stellar raw ingredients.

Which was what the chef-owner of Paso Garibaldi, Guillemo, did — after he had welcomed us into the colourful interior of his cosy restaurant. The eye-popping lime greens and warm corals, the calming lilacs and azures, all served as a balm to help us recover from the bone-chilling winds outside. 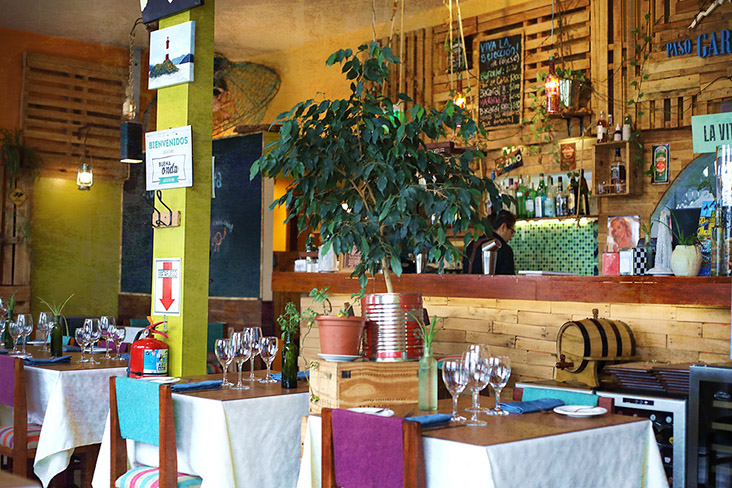 The colourful interior of Paso Garibaldi.

Once seated at our table, Guillemo went over the menu with us, gently nudging us to dishes that would suit us best as first time guests. Then off he went into the kitchen to begin cooking as his staff poured us a fruity Malbec, Argentina’s most famous wine, that he had also helped us choose.

Soon we were sipping what Argentines prize as the best Malbecs in the entire world, smooth and plum-like, and dangerously dark. A basket of freshly baked bread so we aren’t drinking on an empty stomach but also to tide us over till our king crab starter arrived. 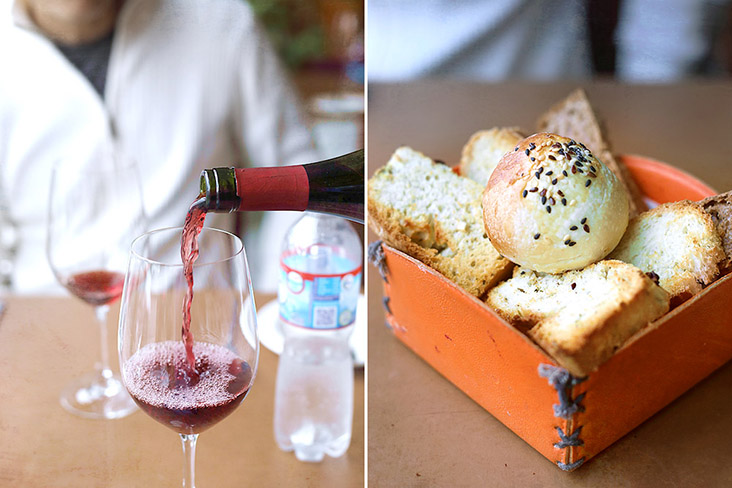 After that regal introduction to Guillemo’s craft, we continued with some very Argentinian queso frito. From the outside, these were not unlike Italian-American mozzarella sticks especially since they were served atop marinara sauce.

However the Argentinian version of these fried breaded cheese is typically made with local provoleta cheese rather than mozzarella. If the name rings a bell, it’s because provoleta itself is an Argentine take on the Italian provolone cheese, made in the same stretched curd fashion. 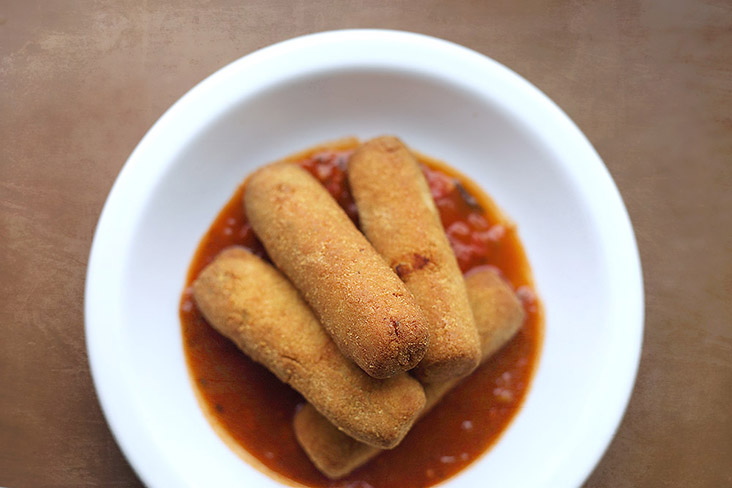 For our mains, we shared the merluza negra or black hake, another of Guillemo’s signature dishes, and a crab and octopus risotto. The black hake was firm, moist and quite sublime; the risotto was creamy and rich, full of the flavours of the sea.

Every spoonful helped ward off just a little bit more of the cold (and it is almost always cold this far south in the world).

Creamy and rich, the crab and octopus risotto will help ward off the cold.

We could barely eat another bite after those generous portions but one must always make room for dessert. Something simple, then.

Southern Patagonia is known for its plethora of wild and farmed berries, from tart bilberries and spicy rosa mosqueta to sweet cherries and strawberries. So the berry and apple crumble was an easy decision and one we did not regret.

Just the perfect ending to cap our lovely meal at the end of the world.

To seal this memory for years to come, to relish during tougher times, to sweeten our drearier days, as we wait for another chance to journey again. As we wait for adventure, and to taste the world again.