British chef and restaurateur Gordon Ramsay is partnering with the Sunway Group to open Gordon Ramsay Bar & Grill in June this year. — Picture courtesy of the Sunway Group
Follow us on Instagram, subscribe to our Telegram channel and browser alerts for the latest news you need to know.
By LEE KHANG YI

His Gordon Ramsay Bar & Grill will open at Sunway Resort in June.

Ramsay is a household name here from his various television shows like Hell’s Kitchen and Gordon Kitchen Nightmares. As a judge for cooking reality shows MasterChef US and Australia, his sharp tongue and blunt criticism has many shaking in their boots.

He also runs a restaurant empire with various dining concepts in the United Kingdom, the United States, Dubai and Singapore.

Recent expansion efforts have seen him opening up his Street Burger and Street Pizza concepts all over London. His US-concept premium burger brand, Gordon Ramsay Burger, also debuted at Harrods.

The opening of Gordon Ramsay Bar & Grill at Sunway Resort is part of the hotel’s massive rejuvenation exercise that is scheduled to be completed by April this year. 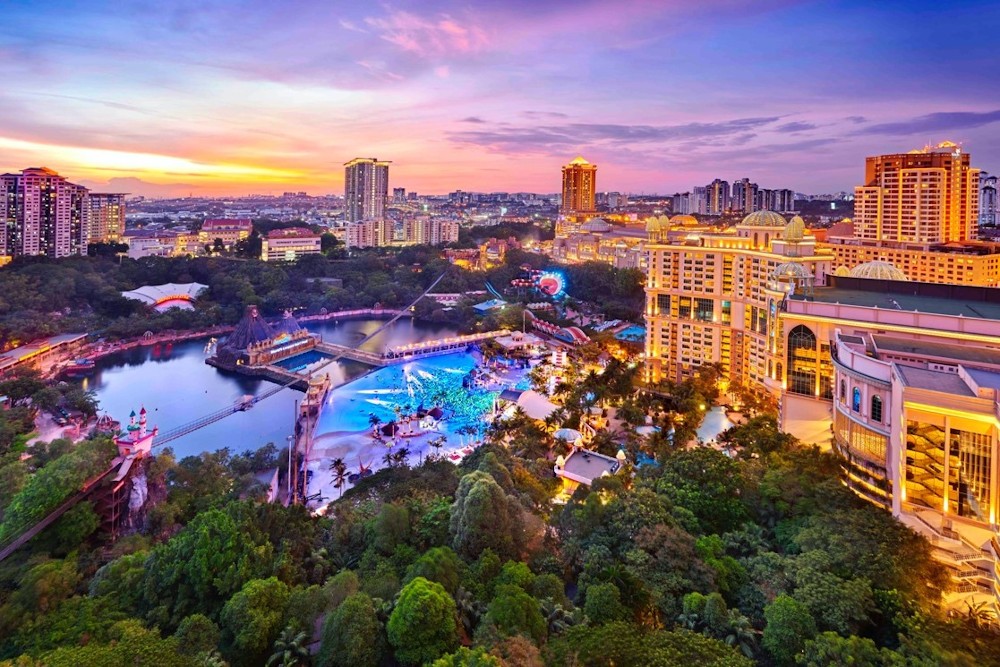 The opening of the restaurant is part of the Sunway Resort’s rejuvenation exercise of their hotel. — Picture courtesy of the Sunway Group

Gordon Ramsay Bar & Grill will be at the lobby level of the resort and decked out with contemporary interiors. The highlights include floor-to-ceiling windows offering a spectacular view of Sunway Lagoon. There will also be private dining rooms.

An all-day menu will feature breakfast, lunch, afternoon tea and dinner. There will also be a cocktail hour at the bar and private dining.

Expect prime cuts of meat, including dry aged meat done in-house. Highlights of the menu, as confirmed by Sunway Resort, will be Ramsay’s famed beef Wellington and sticky toffee pudding. Hotel guests will also get to dine there for breakfast.

If it is similar to the Mayfair restaurant, the menu will pair the steaks with Ramsay’s triple cooked chips and his iconic short rib burger served with cheese. In London, they also offer a Sunday roast served with traditional Yorkshire puddings and roasted potatoes.

If you wish to be the first to sample Ramsay’s food, you can email [email protected] for a booking when it opens in June this year.

For more information about Gordon Ramsay Bar & Grill at Sunway Resort, you can visit https://www.sunwayhotels.com/sunway-resort/dining/gordon-ramsay-bar-and-grill