It's Ramadan: Do not disturb the faster? 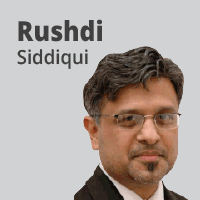 JULY 18 — “Don’t let this Ramadan be just a holiday of rituals. Don’t finish reading the Quran without it transforming you. Don’t feed your body at Suhoor, but starve your heart of Qiyam.

“Don’t reduce this downpour of mercy to just a month of sweets and lavish Ifthars. Seek him, you will find. Take a sincere step towards change, transformation, redemption.

There are many tell-tale signs Ramadan is approaching; from Ramadan sales, Ramadan tents (Ifthar), Ramadan deferment of consumer payment (on say, mortgage) and so on. But one sign stands out for me, it has to do with a “code of conduct” for non-Muslims residing in a Muslim country.

The code for non-Muslims includes abstaining from eating or displays of affection in public, playing loud music, etc. during the fasting hours. Is this cultural (Muslims), religious (Islam) or a combination?

This “do not disturb” sign seems to work even though it leaves a “strange” taste (of entitlement) in one’s mouth (no pun intended).

I, like tens of millions of Muslims, live in a non-Muslim secular country, the USA, and, during Ramadan, the dynamics are different in a Western country. There is no additional “code of conduct”, beyond obeying the laws of the land.

For example, in the US, the media, usually local stations, will show a programme/documentary about fasting and interview local Muslims/Imams about the holy month, what it means, and the rituals associated with it.

It will be rare for the same media to suggest a code of conduct for their non-Muslim viewers towards Muslims during Ramadan, as the backlash would be immense. Furthermore, we, Muslims in the West, would not raise the issue of expected behaviour from our non-Muslim friends/colleagues, unless they ask, and, even then with hesitation.

The US President, Barack Hussain Obama, like his predecessors generally issues a Ramadan greeting message, and there is an Ifthar with (selected) invited members of the community (usually donors) at the White House. The President also sends similar messages of congratulations, hope, and peace during Christmas, Easter, Jewish holidays, etc.

Our employer may acknowledge Ramadan, and may even accommodate work hours, allow for leaving early (for breaking fast) but offsetting by arriving early.

But, at work, colleagues will still eat food, including ham sandwiches, at their desks, the smell from the microwave in the pantry will still waft through nearby, the usual wise cracks and colourful language will still be used, etc. In other words, it is business as usual. Is this offending our sensibilities? No, not all!

(It’s not a respect or disrespect issue towards the Muslims or any other faiths, as many of these people are God-fearing Sunday church goers. Thus, as a whole, religion is an individual matter in the US. But, as a country, reference to God is inscribed into the dollar bill with the following motto, “In God, We Trust.”)

The commute to work, as many of us take the train and subways, means interacting with many non-Muslims.

(The television advertisement, in Malaysia, for train passengers shows proper etiquette during Ramadan. Query:Why not the rest of the year?)

The non-Muslim commuters will carry out their business as usual, hence, there will be some “rude” people using colourful language, people eating on the run (includes drinking beer), music playing, and so on. Again, does this offend our sensibilities? No, of course not.

Thus, such an environment tests a Muslim’s willpower and forces us to focus on both the “Deen” (spirituality) and “Donia” (secular) during the fasting month. It’s about addressing a test and overcoming an inner struggle, which strengthens our resolve.

This has played itself out for decades for Muslims residing in the West, and, it is now actually easier as Muslim “holidays” have been officially recognised due to the increasing numbers (votes) and donations.

Does this mean Muslims residing in the West are “stronger or more resilient” in their faith or less prone to distraction than Muslims living in a Muslim country with the “do not disturb” environment backed by possible official admonishment or fines for a violator?

It has more do with managing expectations in the place we grow up and where we reside. It may also be a psychological issue, where some Muslims in a Muslim majority country feel a sense of entitlement, hence, non-Muslims must “shadow fast” by also abstaining from certain behaviour in public.

(I’ve walked the malls, including the restaurants and food courts, be it KLCC or Pavilion or Mid-Valley, during fasting hours, and the non-Muslims are going about their business and intentions as they would any other month.)

I have been coming to Malaysia for 15 years, and this year I was fortunate enough to start fasting in this beautiful Muslim country. The embrace and ambience is different from New York, as the spirit of Ramadan is everywhere and, for me, the fast is easier and more spiritual in Malaysia, especially with the hospitality of a colleague’s home and family.

Thus, non-Muslims eating, drinking, etc., in front of me are not a distraction to my fast. In fact, it’s a great opportunity to discuss Islam to eradicate myths they have. It’s an opportunity to show peace and tolerance of Islam.

I would hope the Malaysian Tourism Minister, working with the re-vamped Malaysia Airlines, will embark on a campaign for Ramadan 2014, as part of faith-based or family tourism, in Malaysia for Muslims living in the US. It will be in the summer holidays in the US.

A proposed code of conduct during Ramadan may include:

1. The price of food goes up during Ramadan so the government has to remind or take stern action against those who violate the law, especially if the establishments are Muslim owned.

2. There are many announcements made in Islamic finance during Ramadan for obvious reasons. For example, some Islamic banks offering Islamic mortgages offer the opportunity to defer payment during the fasting month and add it to the end of the mortgage period. Is this smoke and mirrors or easing the financial burden during Ramadan? Why not, as part of CSR, write off Ramadan months and ask the government for a tax break?

3. The hotels that offer Ifthar, while welcomed, should tier price the Ifthar, much like air-travel with coach, business class and first class. Thus, those families that cannot afford RM120 per person, may be able to afford, say, RM20 per person.

4. Many of us who are fortunate enough to have Ifthar at hotels, see first-hand how much food is wasted by the paying customer, including ourselves. The hunger pang, cotton dry mouth fasting person loads up his/her dish at the buffet as if it’s his/her last meal, but cannot finish the meal as the stomach has shrunk. There should be a financial penalty for such waste; maybe weigh the unfinished food and charge a few ringgit per ounce and give all proceeds to charities fighting hunger.

5. There should be a healthy Ifthar campaign, hence the government should encourage, at subsidized prices, co-operating and enlightened hotels/restaurants. It could possibly start a habit of eating healthy, which could slowly solve the problem with obesity related health issues in Malaysia.

During the holy month of Ramadan, Muslims observe the third pillar of Islam, fasting, and non-Muslims should not be compelled to “shadow fast.”