Senior Minister (Security Cluster) Datuk Seri Ismail Sabri Yaakob spoke at a press conference on the development of the RMCP at Wisma Pertahanan, Ministry of Defence, November 9, 2020. — Bernama pic
Follow us on Instagram, subscribe to our Telegram channel and browser alerts for the latest news you need to know.
By R. LOHESWAR

KUALA LUMPUR, Jan 1 — The government today extended the recovery movement control order (RMCO) nationwide until March 31, after it was originally scheduled to end yesterday, when the country reached its new record high of daily Covid-19 cases.

The nationwide RMCO was supposed to end today, while Selangor, Kuala Lumpur and Sabah are supposed to be under a conditional movement control order (CMCO) until January 14 due to the high number of cases in these states.

“This order had been made by the federal government due to an increase in cases stemming from mass screenings done on foreign workers as well as the spread of the infection within the community,” Ismail said in a statement.

Apart from that, two workers’ hostels in Johor have been put under an enhanced movement control order from tomorrow till January 15. The first hostel is Kejora Juara in Bukit Pasir, Muar, Johor while the second are identified as Westlite 1 and Westlite 2 in Senai.

He also said 31 undocumented migrants were arrested under Ops Benteng to prevent foreigners who pose health and security risks from sneaking into the country. Five vehicles were also seized in the same operation. 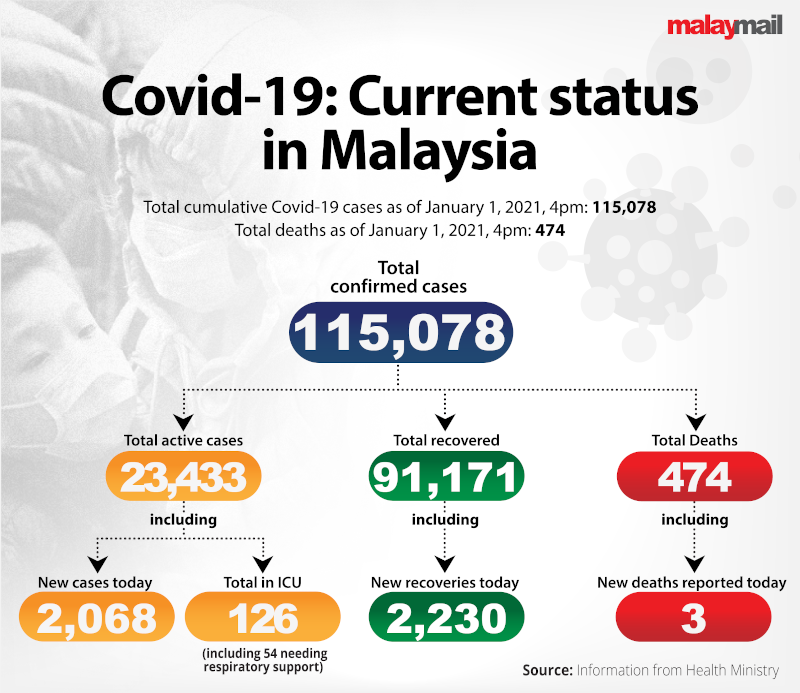