KUALA LUMPUR, July 11 — Malaysia’s death toll from Covid-19 went up to 122 today with the death of a 72-year-old Malaysian man.

Health director-general Datuk Dr Noor Hisham Abdullah who made the announcement today said the deceased was Case 8,702 who was hypertensive and a diabetic who had sought traditional cures thrice after falling sick on July 3 before seeking medical treatment at a private hospital on July 9.

He was later transferred to the Sarawak General Hospital after being suspected of Covid-19 positive, and his health dove after confirmation, which landed him in the intensive care unit.

He also announced eight new confirmed Covid-19 cases today, four of which are Malayisans infected while abroad while two were local transmissions.

Of those infected locally, two are foreigners and two Malaysian, one of them the deceased who was from Sarawak. The other Malaysian was detected through a screening in Sabah.

The two infected foreigners were detected during a screening at the Immigration Depot in Sepang, Selangor before repatriation.

Three patients are currently hospitalised in intensive care and two are in need of breathing aid. 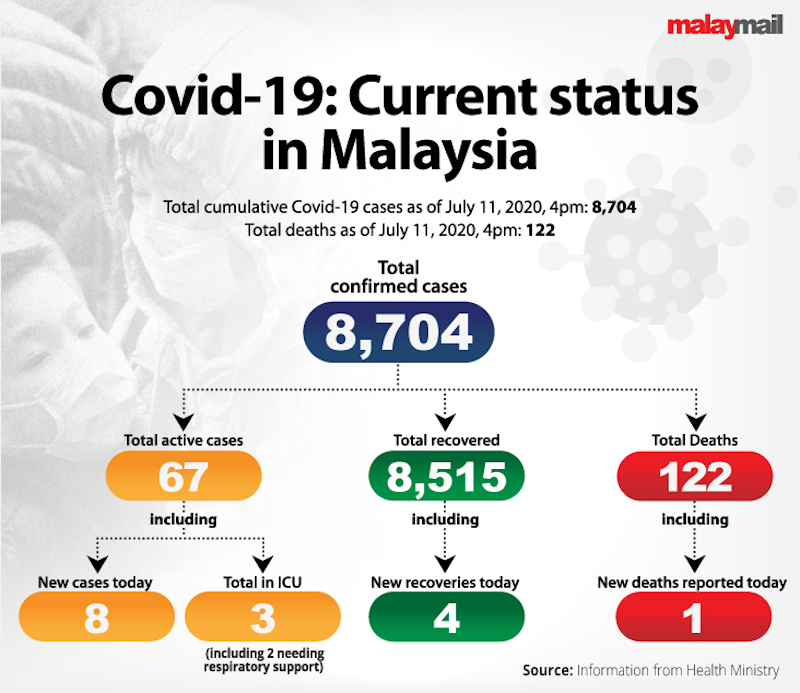