No bazaars, no tarawih, no ‘balik kampung’: PM reminds Muslims as MCO extends to Ramadan

KUALA LUMPUR, April 10 — Tan Sri Muhyiddin Yassin said today the nation’s majority Malay-Muslims should forego the thought of celebrating the fasting month of Ramadan, as social distancing measures are likely to stay at least for the next few months.

The prime minister said Muslims must brace for a lifestyle change where they cannot visit Ramadan bazaars to buy food to break their fast, or even attend the tarawih prayers normally held congregationally at mosques every night during the month.

“As long as the virus remains, social distancing must continue to be in place. We must always maintain good hygiene, avoid large gatherings and packed locations,” he said in a special address.

“Maybe we cannot even ‘balik kampung’ as usual,” he said, referring to the practice of homecoming during the Ramadan and Aidilfitri season.

With social distancing measures expected to extend beyond Ramadan, concern is mounting over the pandemic’s cost on the economy, particularly for small businesses, which has been hit hard by the movement restrictions control imposed since March 18.

The ban on Ramadan markets and the prohibition of gatherings for Hari Raya is expected to affect millions of petty traders dependent on the festive season for income.

Up to 90 per cent self-employed workers, mostly petty traders, had already reported a drastic drop in income while close to half said they are out of work because of the movement control order, an official survey found.

In response to mounting concern over the economy, Muhyiddin said the government will allow selected industries to reopen in stages in the third phase of the MCO, to start April 15 until April 28.

But the prime minister also said the nation must be prepared to adjust in the face of adversity.

Any semblance of normalcy will likely not happen in the immediate future, he stressed, as health authorities around the world cautioned against loosening restrictions too much until a vaccine is found for fear that a new wave of outbreaks could recur.

“What I am trying to say is that we must be ready to face this situation for a much longer time,” he said.

“It may take months before we can be truly sure that the outbreak is 100 per cent contained. Even so, we cannot resume normal life immediately. For as long as the virus remains, social distancing must continue to be practiced.” 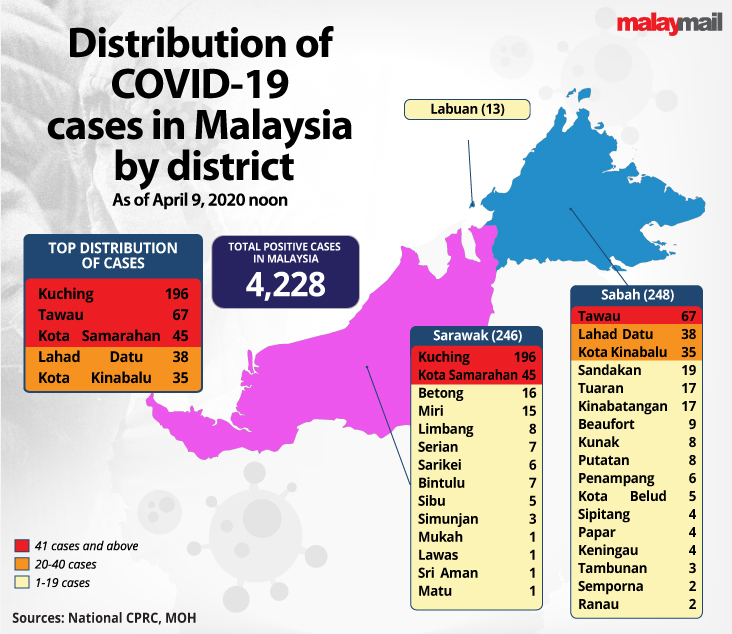