KUALA LUMPUR, April 7 — The government will decide on a new set of Standard Operating Procedures (SOP) for businesses affected by the Covid-19 pandemic later this week.

Senior Minister (Security Cluster) Datuk Seri Ismail Sabri Yaakob said the National Security Council (NSC) and the Home Ministry (KDN) will brief the government this Thursday on future implementation of the SOP during the movement control order (MCO) period based on the severity of cases in each zone in the country.

“MKN (NSC) along with KDN will come up with a new SOP based on different zones. For example, Putrajaya is now considered sensitive as it is a red zone. Other than the red zones, we have the green zones in which there are no positive Covid-19 cases.

“So we are analysing the SOPs so there might be some relaxation of the rules. If there are zero (cases) maybe (these areas will be) given some relaxation. But I did not say there will be less tight rules, it will be decided after the briefing,” he told a press conference at Putrajaya today.

Ismail Sabri said the government has also received numerous requests from various organisations and businesses to resume operations, but extensive study is needed before any decision is made.

He gave an example of a factory situated in green zones but which may have workers living in red zones, which might become a problem.

“The green zone will turn into a red zone afterward.

“We need to study the impact if we give too much relaxation on the rules even after the MCO,” he said, referring to other countries such as Hong Kong and Singapore which faced an escalating number of Covid-19 positive cases after reopening their businesses post-quarantine. 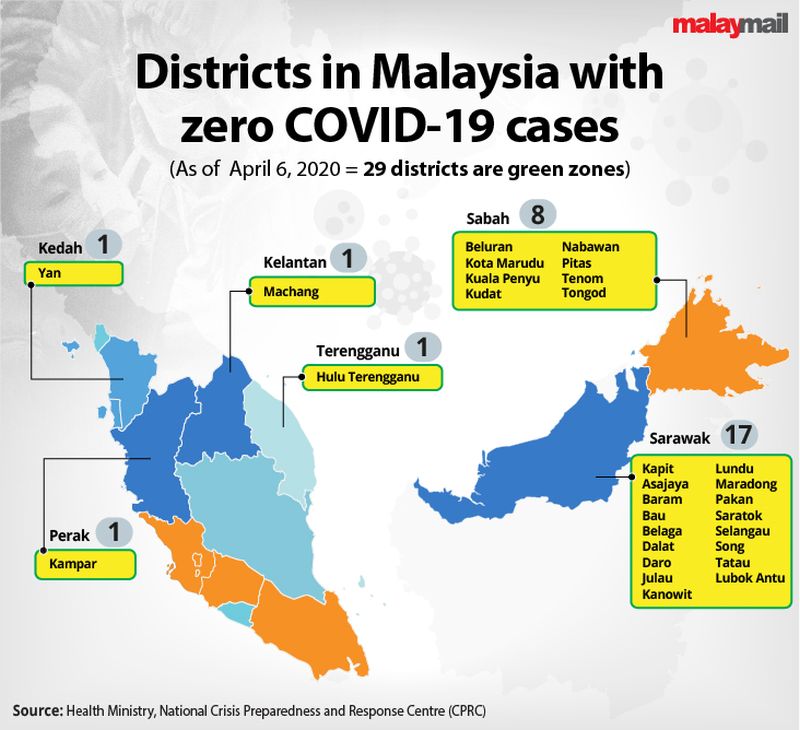 Malaysia now has a total of 21 red zones or districts in the most severe category, based on the Health Ministry's maps as of April 6 noon.

For the fourth consecutive day, the Lembah Pantai district topped the number of cases, with a total cumulative tally of 386 cases as of April 6 noon. 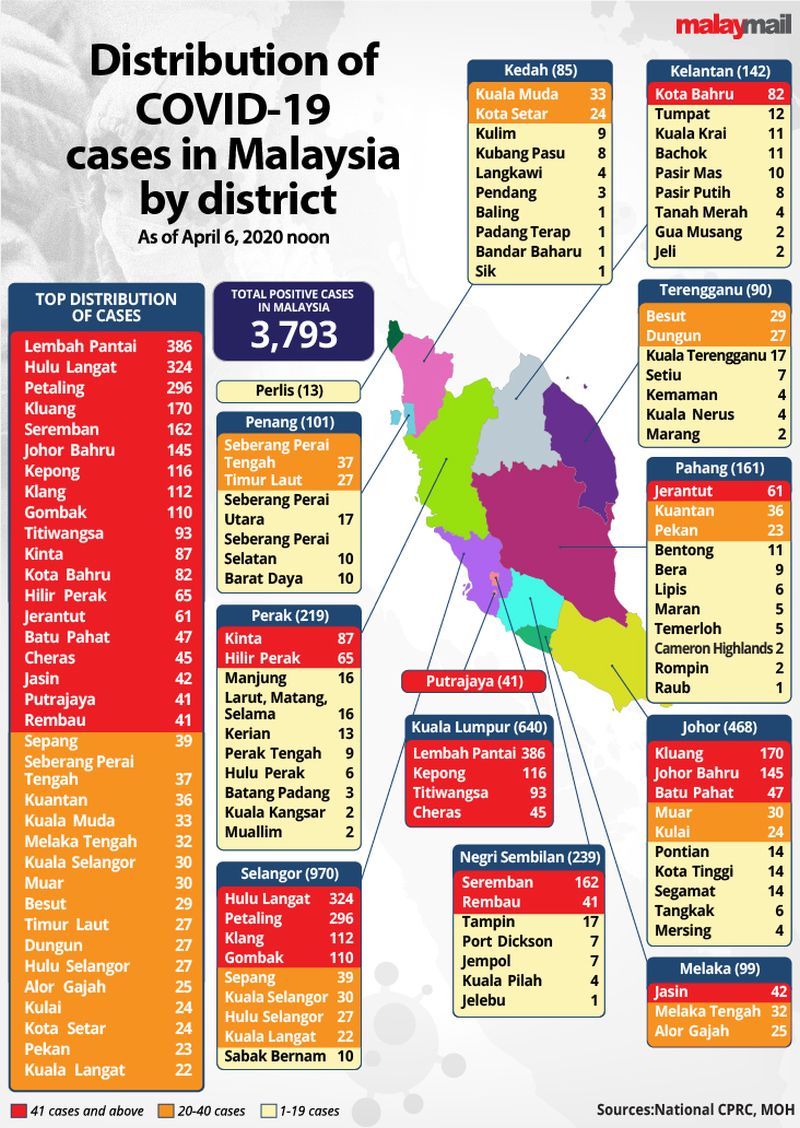 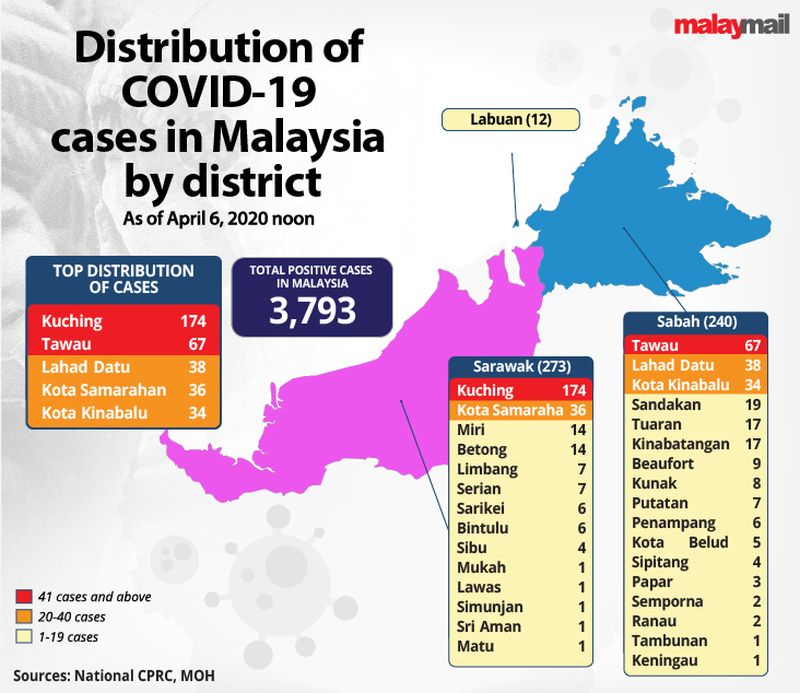