Two dilapidated godowns at Lebuh Victoria in George Town were to be given a new lease of life and converted into a Multimedia Super Corridor (MSC) status office. — Picture by Sayuti Zainudin
Follow us on Instagram, subscribe to our Telegram channel and browser alerts for the latest news you need to know.
By OPALYN MOK

GEORGE TOWN, Aug 1 — Two godowns on Victoria Street identified for a RM10.3 million restoration and upgrading project have been left uncompleted after the previous landowner took the state government to court.

The two dilapidated godowns have been left bare; the red brick walls are intact and a makeshift roof was built to protect the buildings from the elements.

Penang Chief Minister Chow Kon Yeow said the premises, numbers 161 and 165, were acquired by the state through land acquisition.

“The owner brought the matter to court and the state lost,” he explained. As the case is still pending appeal, the project had to be put on hold.

In October 2017, the state government announced a RM10.3 million project to restore and convert the premises into a Multimedia Super Corridor (MSC) status office space. 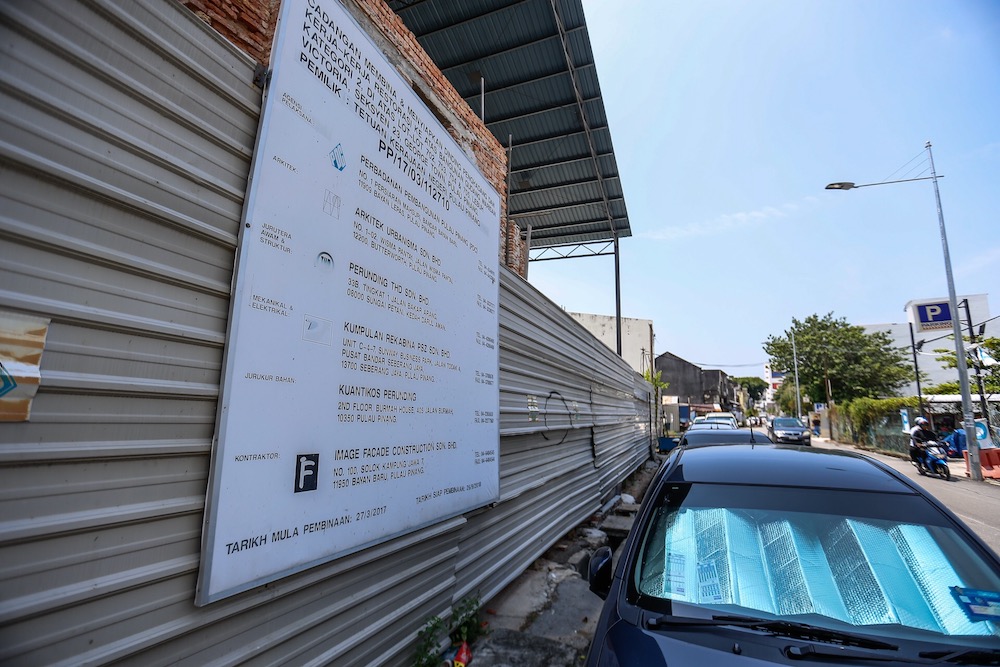 The two godowns on Victoria Street have been left uncompleted after the previous landowner took the state government to court. — Picture by Sayuti Zainudin

In the 1800s, the godowns faced the waterfront and were used as accommodation for new immigrants from China who were in transit to the tin mines in South Thailand.

The buildings, which are Category II heritage buildings, were subsequently used as storage and distribution centres for goods in the late 1900s.

As the godowns are located within the Unesco World Heritage Site and classified as Category II buildings, they have to be restored and preserved. 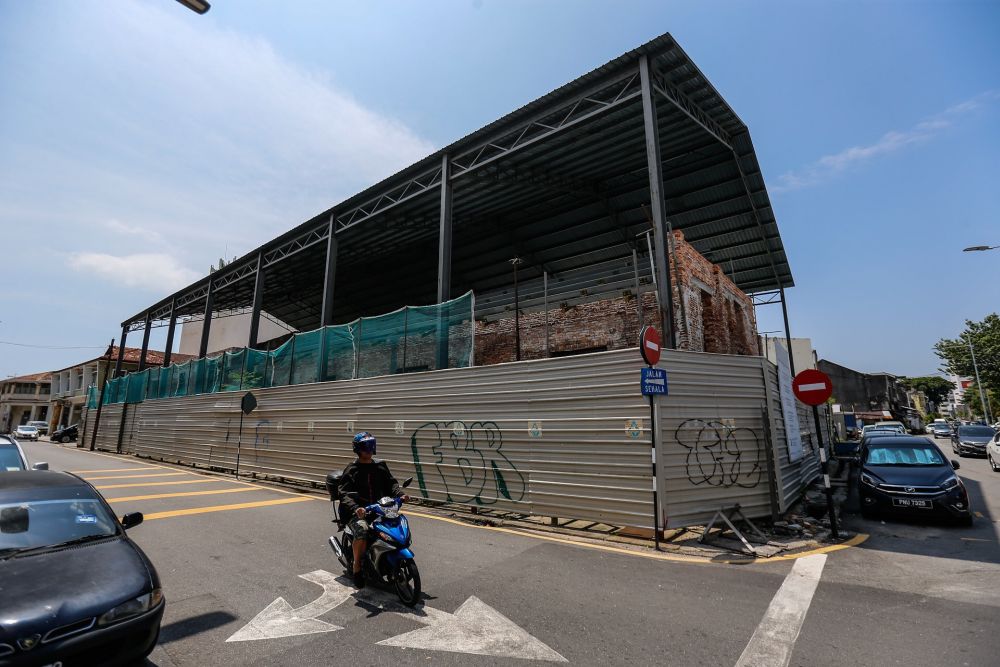 In the 1800s, the godowns faced the waterfront and were used as accommodation for new immigrants from China who were in transit to the tin mines in South Thailand. — Picture by Sayuti Zainudin

When the state announced the restoration project, it was named as the “Lebuh Victoria Godowns” and earmarked to be an extension of the Centre for Creative Animation Triggers.

The restoration work started on March 27, 2017 and at that time, the project completion date was set for September 26, 2018.

The plans included increasing the floor space at the godowns from 847.11 square metres to 1,223.8 square metres.

The re-adaptive use project, spearheaded by Penang Development Corporation (PDC), was fully funded by the state government.

The project was awarded via open tender to Image Facade Construction Sdn Bhd while PDC is the project manager.