Oysters instead of cockles? One marine biologist hopes to make that a reality

USM marine biologist Assoc Prof Dr Aileen Tan. — Picture by Choo Choy May
Follow us on Instagram, subscribe to our Telegram channel and browser alerts for the latest news you need to know.
By By Mayuri Mei Lin

KUALA LUMPUR, Aug 6 — If marine ecologist Dr Aileen Tan has her way, we will soon be eating oysters instead of cockles in our char kway teow. Or curry mee.

In the face of a dwindling population of cockles in Malaysia, the marine biologist is attempting to encourage the “farming” of an alternative food source altogether — oysters.

Tan who is an associate professor in Universiti Sains Malaysia (USM) is currently working to encourage fishermen to swap their usual livestock of cockles for the cleaner, more profitable business of breeding oysters.

“A third of our fisheries’ income comes from molluscs but that is now depleted because of the over-harvesting of cockles,” she said referring to molluscs which are a classification of invertebrate animals, including cockles, mussels and oysters.

“Culturing molluscs is a clean aquaculture because they’re feeding from food available in the area... you don’t have to put extra feed in the water. Every time humans put extra feed in water it’ll cause algae to grow but you don’t need that for molluscs and you also don’t need antibiotic treatment, unlike fish,” she explained in a recent interview with Malay Mail Online. This comes at a time when fishes and crustacea off the Malaysian coast are rapidly declining due to man’s many bad ecological habits like pollution, habitat degradation and over-harvesting.

This was also one of the issues discussed at the recent conference in Penang organised by Spain’s Unitas Malacologica, a 53-year-old scientific molluscs research organisation and an organisation of which she is the first woman to helm.

She explained that the idea came about as they were faced with a depletion in cockles as local species were unable to handle the harsh conditions created by pollution. This pushed Tan and her fellow researchers at USM to turn instead to nurturing an alternative food source.

“The way to go forward is to see if this one species is hardy then maybe the authorities should look into this as an income-generating species instead of trying to salvage what there is.

“Of course we have to try and conserve what is there but we can also find a different way of doing things like culturing kerang or substituting it altogether with an alternative protein source.

“And that alternative can be oysters. Because if you look at the mudflat where the kerang typically are, they’re all dying but the other species are not, so we should look at the others and see what the commercial value of these are and try to develop it as a product,” she said.

Tan has been working with villagers in Kedah for several years now, encouraging them to give up their fishing trawlers for oyster racks, and has successfully spurred an entire community towards this enterprise.

Today, there are only 10 oyster farms in all of peninsular Malaysia according to a report in national paper The Star in January, but Tan notes that approximately six to eight oyster farms are currently in Kedah, thanks to USM’s collaborative programme with the Ministry of Higher Education.

“USM came in and we taught them how to culture the oysters and we linked them to the industry and we also ensure they’re selling it at a fair price and no one is taking advantage of them. We want them to earn a fair wage. 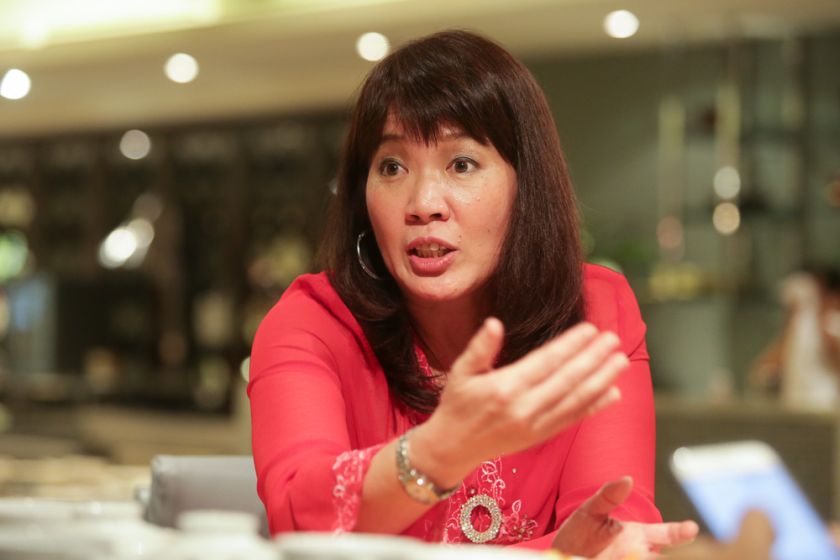 “We started off at Merbok. Their monthly income about six years ago was between RM300 to RM400 but now after cultivating oysters, they’re earning over RM1,000. It’s so popular that some farms have become tourist sites for visitors to buy oysters directly,” she said.

She adds that the start-up cost for local fishermen has also been low as the racks and cages required for breeding oysters are made from reclaimed wood while the seeds needed to cultivate the shellfish is provided by USM.

Apart from oysters making for a lucrative business, Tan also points out that the molluscs are also a nutritious alternative to the sinful cockles as they are high in protein and low in cholesterol.

However, the biggest selling point is the prospect of having fresh, locally-grown oysters available for Malaysians from farm-to-table, on the very same day.

“What the US is doing is they freeze their oysters then they ship them over but with this, we can collect the oysters and have them at the restaurant that same day. 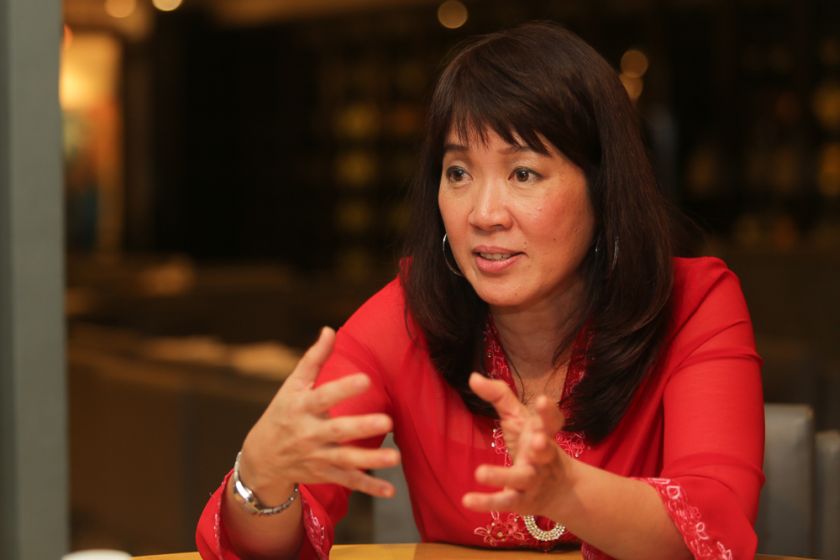 “And what you get is the freshest oysters. I feel local oysters taste better, it’s definitely fresher, the meat is firmer and it’s sweeter. Once it’s frozen and thawed, the sweetness is gone,” she said.

She added that local oysters, which are of a different species than those imported but not inferior in quality, also mature faster making it possible for local oyster farmers to be able to take over the import market completely.

“We have an advantage because we can harvest within one year while in Canada or Australia, it takes three to four years.

“Now 86 per cent of our oysters are imported. If we can encourage locals to cover this 86 per cent, and that is a lot of oysters, instead of channeling money out to buy oysters, then we can capture the entire market,” she said.

In order to make Malaysia an oyster-producing nation, Tan now has her eye on expanding the project to villagers in Perak and one day hopes to get all coastal states involved.

“Worldwide people are looking at molluscs as an alternative fisheries product because molluscs are as good as fish because both are considered to be health foods.

“Molluscs, especially for oysters, are low in cholesterol. In the US, they encourage heart patients to eat oysters. Once awareness is out there, about the health benefits and how easy it is to cultivate, we can potentially have a substitute food source,” she said.