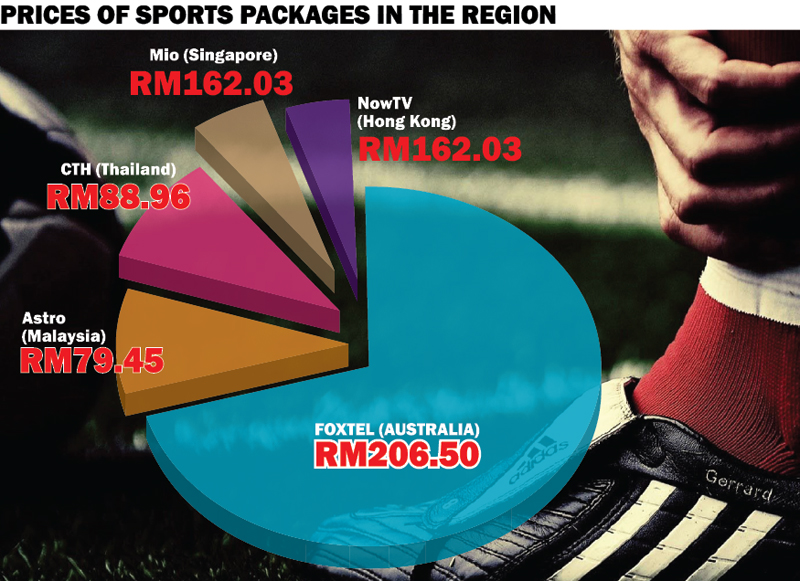 KUALA LUMPUR, Nov 11 — Many Malaysians suffer from withdrawal symptoms when football takes a break from June to mid-August yearly.

Some go through pain as if the spice of their life has gone missing. They struggle to look for something else to do, especially over the weekends. Most mamak eateries report a drop in customers as well.

Imagine this scenario being repeated each month and there is no football over television, week in and week out — no staying awake or getting up in the wee hours of the morning to watch football on weekdays.

Strange as it may sound, this imaginary scenario could well be a reality should Astro decide to pull the plug on showing football due to the escalating costs of bidding for matches to be telecast over the satellite network.

Astro is increasing their subscription rates for the sports package by RM6 per month from November 24 and this may not go down well with sports fans.

Out of its 3.36 million pay-TV customers, almost 50 per cent subscribe to its sports package.

The bulk of Astro’s spending on sport goes to the Barclays Premier League (BPL) — as many as eight matches on weekends — with the broadcasting rights for the next three seasons, running into hundreds of millions ringgit said to be in the bag.

Asia is a big Premier League market. Singapore, Thailand, Hong Kong and Malaysia account for around 43 per cent of English football broadcast rights. 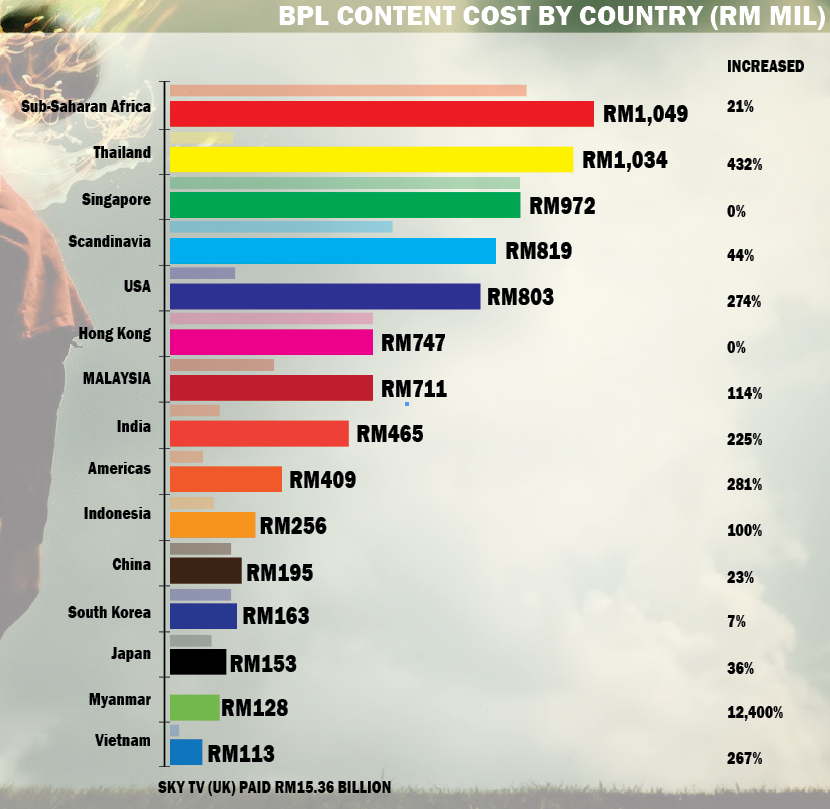 Financial analysts estimated that the subscription price hike would lead to incremental average revenue per user (ARPU) of about RM5 per month, generating an additional RM200 milllion in annual revenue for Astro.

The Malay Mail insight into Astro’s rationale behind the increase in subscription rates showed the sole purpose of the price hike was to pass on escalating content costs, especially sports, to the subscribers.

Henry Tan, the satellite television operator’s chief operating officer for content, strategy and marketing explained: “There has been an increase of up to 300 per cent on the cost of bidding for international sports events.

“We do not decide how much we want to pay as there are several factors that push the owners of the rights to raise prices.

“The salaries of footballers for example have sky-rocketed over the years and ultimately it is the fans that have to fork out the money as 70 per cent of the revenue from football comes from broadcast rights.

“We strive to provide first class sporting content and it is getting costlier over the years. So, we try to minimise the impact on our viewers and have come out with a win-win situation.”

He said as a gesture of goodwill, Astro will let active Sports Pack subscribers before April next year to watch for free live all 64 matches of the 2014 World Cup in high definition with access to Astro On-The-Go.

“That is our commitment to our loyal viewers who have been supporting us all these years.

“We have considered various options on how to soften the blow and frankly this is the best for viewers,” said Henry.

He said Astro could have opted for pay-per-view for selected matches of various tournaments — BPL, Bundesliga, Champions League, FA Cup “but opted not to venture into that, as yet”.

“The price of bidding has gone up across board including Formula One, tennis, golf and badminton that have seen a sharp increase.

“If the viewers stay loyal to us and the base is wider, then all parties will be contributing towards world-class fare right in their living room.

“The rules in acquiring the broadcast rights are set by the seller and we study the bid documents carefully, so as to ensure we deliver only the best to our viewers. We have no option and hope everyone understands our situation.”

Hence, would you rather pay RM6 extra per month that works out to 20 sen daily, or let your weekends never be the same again?