NH by Nurita Harith was one of Zalora’s top performing brands for Raya. ― Picture courtesy of Zalora Malaysia
Follow us on Instagram, subscribe to our Telegram channel and browser alerts for the latest news you need to know.
By MELANIE CHALIL

Leading up to the Raya celebrations, style seekers flocked to Zalora for designer collaborations such as Rizalman for Zalora, NH by Nurita Harith and the Zalora-exclusive label Lubna.

According to Zalora public relations manager Ira Roslan, the retailer’s net merchandise value (NMV) grew 36 per cent this year compared to 2018 while units sold saw a growth of 61 per cent.

FashionValet was founded in 2010 by The dUCk Group entrepreneur Datin Vivy Yusof and stocks some 500 fashion brands.

“People are starting to shop again this year compared to last. Online retailers are definitely doing much better than their brick and mortar counterparts,” said FashionValet’s public relations and partnerships spokesperson Marissa Zamani.

“For us, the Raya period is our busiest and people definitely have looser pockets now.”

“Probably because they’re easier to mix and match and can be worn multiple times.

“People are also looking to turn their baju raya into casual-wear hence the colour choices,” she told Malay Mail. 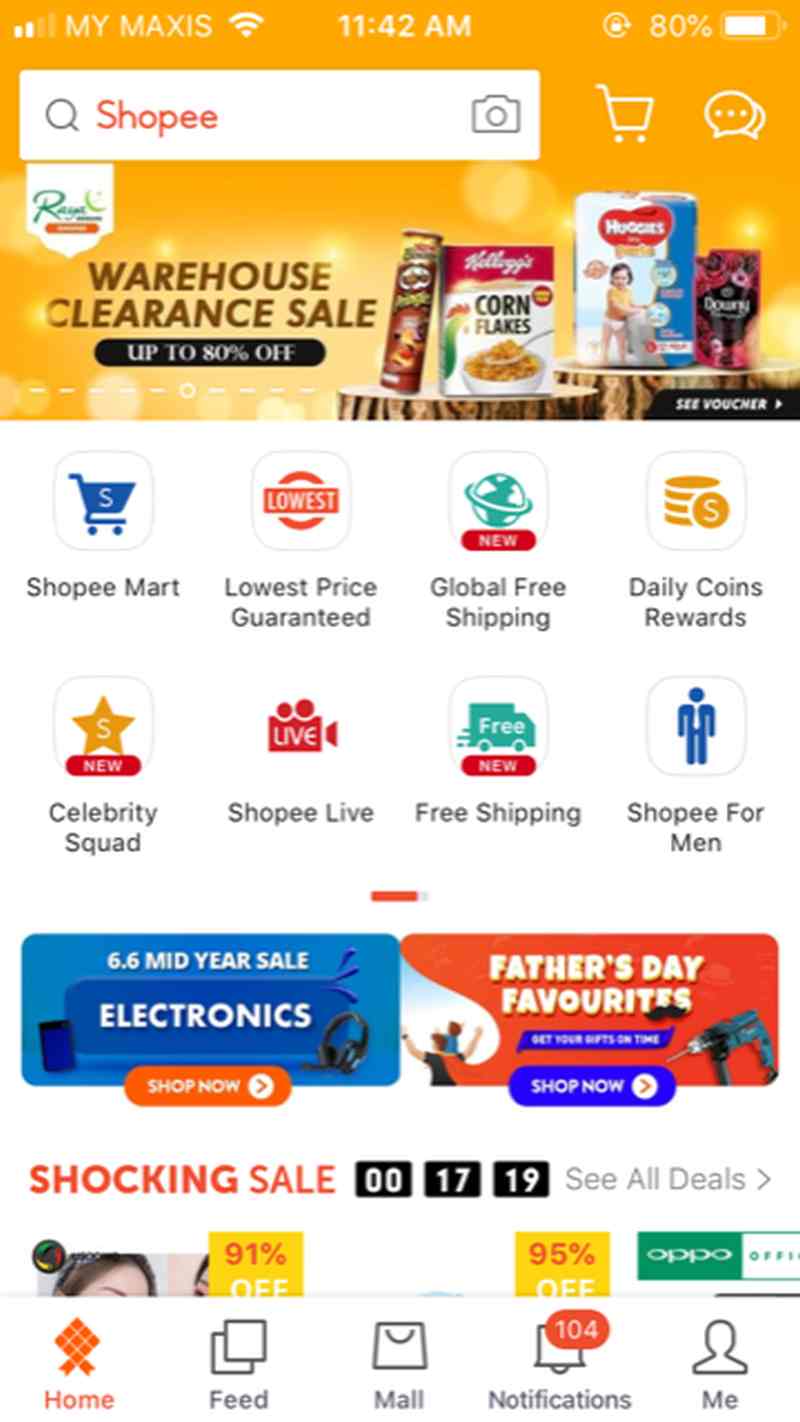 As one of Malaysia’s top e-commerce platforms, it has been three years since Shopee introduced its first Raya campaign.

With anything and everything up for sale for one’s Raya’s needs including cookies, clothes and buka puasa meals, this year’s “Raya Dengan Shopee” campaign even let shoppers buy a car to balik kampung and a new house.

“We projected a sales increase of at least three times as compared to last year for the full campaign period but are very happy that we have surpassed those targets even while our campaign is still ongoing,” Shopee Malaysia marketing lead Marianne Chuo said.

Chuo said the spike can be attributed to a greater adoption of e-commerce in the country as more Malaysians are shopping on their phones.

Last year, the Shoppe App saw 10 million downloads and this year, that figure doubled to 20 million times signaling a 100 per cent growth.

Chou added that a greater assortment of product offerings and a more immersive and interactive shopping experience was a hit with customers.

Among Shopee’s best-selling items for Raya include makeup, accessories, kitchen appliances such as waffles makers, ovens and refrigerators, and smartphones.