SEPTEMBER 7 — It only took 14 days. Fourteen days of peace and quiet before the politicians once again started clamouring for a motion of confidence to be passed in the Dewan Rakyat.

And in those 14 days, we the rakyat are once again treated to the spectacle of our politicians placing their political self-interest over and above the wellbeing of the citizens of this country.

Once again, we have to wade through whether one needs to confirm the appointment of the prime minister by a confidence vote. Once again, our politicians treat the words of the Yang di-Pertuan Agong as a political football.

So long as it is a convenient means to a political end, we are told either that it is treasonous not to hold a vote or that it will undermine the decision that was made by the Yang di-Pertuan Agong if a vote is held.

First the facts. A motion of confidence is not a legal requirement to confirm the appointment of the prime minister. It is not provided for in our Constitution.

There is no parliamentary convention that requires it. It is, simply put, unheard of as a matter of parliamentary principle. The Yang di-Pertuan Agong, between August 16 and 20, consulted the parliamentarians, the leadership of the political parties and the Council of Rulers.

His Majesty then exercised his Constitutional power under Article 43 of our Federal Constitution. That power does not come with a rider. It cannot be exercised with conditions attached. It is absolutely foolhardy and dangerous to suggest that the Yang di-Pertuan Agong can impose a condition that any appointed prime minister must test his support in Parliament.

There is a very good reason why we do not have and should not even imply the power to attach conditions to the appointment of the prime minister. Today it may be something innocuous like testing support. Tomorrow, it could be something more. What if the conditions are that we dissolve the Federation?

This is because it takes a simple majority of members of the House, present and voting, to pass a Bill. A simple majority, as it happens, is the same number of parliamentarians it takes to convince the Yang di-Pertuan Agong that someone should be prime minister.

So, to put it in perspective, the confidence of the prime minister is tested each and every time a motion or a Bill or the Budget is passed in Parliament. 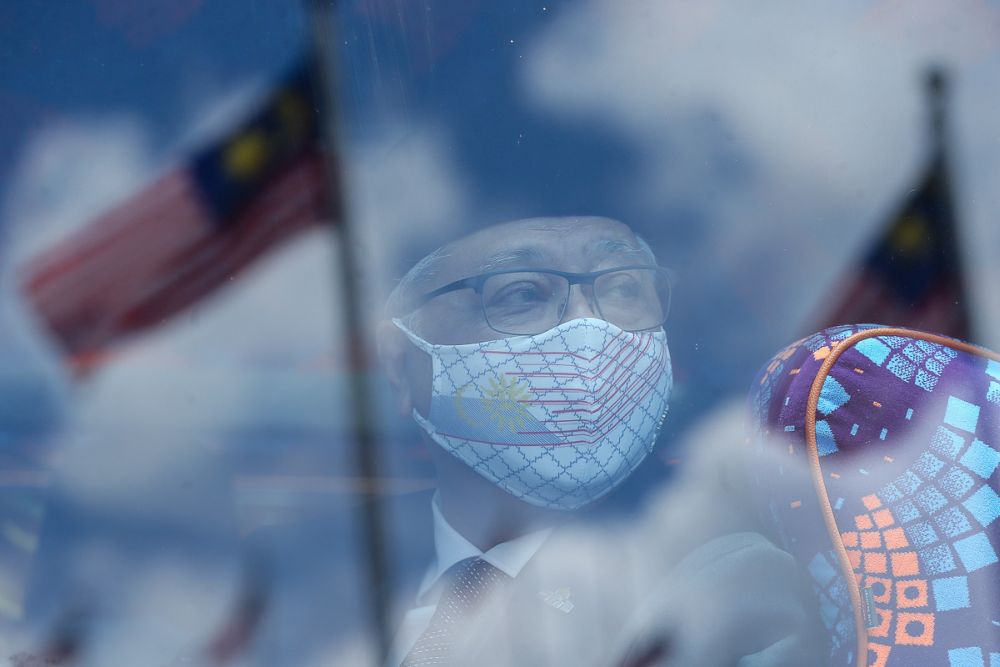 Datuk Seri Ismail Sabri Yaakob is seen on a bus ahead of his audience with the Yang di-Pertuan Agong at Istana Negara in Kuala Lumpur August 19, 2021. — Picture by Yusof Mat Isa

This is to make it clear whether or not the government continues to enjoy the confidence of the Parliament. In those situations, the government needs to make sure that the failure to pass a Bill was as a result of unpopular policy making opposed to the lack of support for the government advancing it.

Imagine if we lived in a country where politicians did not act in their own political self-interest. Perhaps in such a country, enough members of the House would have withdrawn support for a prime minister who was accused of and found with over US$600 million (RM 2.6 billion) in his personal bank account. That would have been a sight to see.

Would we have heard from the Opposition that it was treasonous to withdraw support from that prime minister (who by the way was also appointed by the Yang di-Pertuan Agong and didn’t have to pass a confidence motion).

The Opposition is unhappy that they lost power when the Perikatan Nasional coalition was formed. The people who put their trust in the voting process are equally disappointed that the PH coalition they thought they were voting into power fell in 18 months.

That disappointment is understandable. But it should be directed at the people who are truly responsible for that collapse. That was a failure of leadership.

The leaders of the PH coalition failed to hold that coalition together, either by reason of hubris, personal animosity or pride. As a result, the Perikatan Nasional government was formed.

When that government fell, it was not because of a failure of principles but in spite of it. It fell because the underlying mistake was reliance on the support of self-interested politicians. When the Opposition was offered the chance to advance principle over self-interest, there was once again a failure to act in the best interest of the country.

Now we have a third government. It too faces the same challenges as the last two. An extraordinary confluence of an uncontrollable global health crisis and economic threat coupled with a slim majority.

It seeks to undermine the lawfully appointed government while at the same time laying the political groundwork and justification for an unnecessary and dangerous election.

Self-interested politicians come from both sides of the aisle. We the people should see this demand for a vote of confidence for what it is: an attempt to create instability and strife to further a political agenda.

That agenda is an unquenchable thirst for power while the country burns.