KUALA LUMPUR, Oct 6 — The Honor MagicBook Pro is here! Honor has announced pricing and availability details for their flagship laptop in Malaysia, and as it turns out, we’re getting the range-topping configuration.

Building upon the value-for-money MagicBook 14, the MagicBook Pro is the company’s first laptop to be powered by an AMD Ryzen 4000 series chip — the Ryen 5 4600H. 16GB of DDR4 RAM and 512GB of PCIe NVME SSD storage is available in a single variant for Malaysian consumers, with official pricing as follows: If you purchase the MagicBook Pro, limited stocks of freebies are also available: Honor Magic Earbuds, a Bluetooth mouse, and a backpack.

What you need to know

So, what are you getting for that? Honor promises that you get a larger display that maintains a similar footprint as a “typical” 15.6″ laptop. This is done by keeping the bezels relatively slim — just 4.9mm for the top and side bezels.

A 90 per cent screen-to-body ratio makes gives this a near all-screen appearance, which I can testify to based on my quick hands-on with the laptop. Honor also talks a lot about the colour accuracy of the MagicBook Pro’s 16.1″ FHD (16:9) display, with its screen capable of displaying 100 per cent of the sRGB colour gamut.

Dual speakers (that flank the keyboard) also add to the laptop’s capabilities as a media consumption device, with Honor promising “virtual 3D sound”. You get quite a number of ports, including legacy USB-A ports: 1x HDMI 2.0, 3x USB-A, 1x USB-C, and a 3.5mm headphone jack. 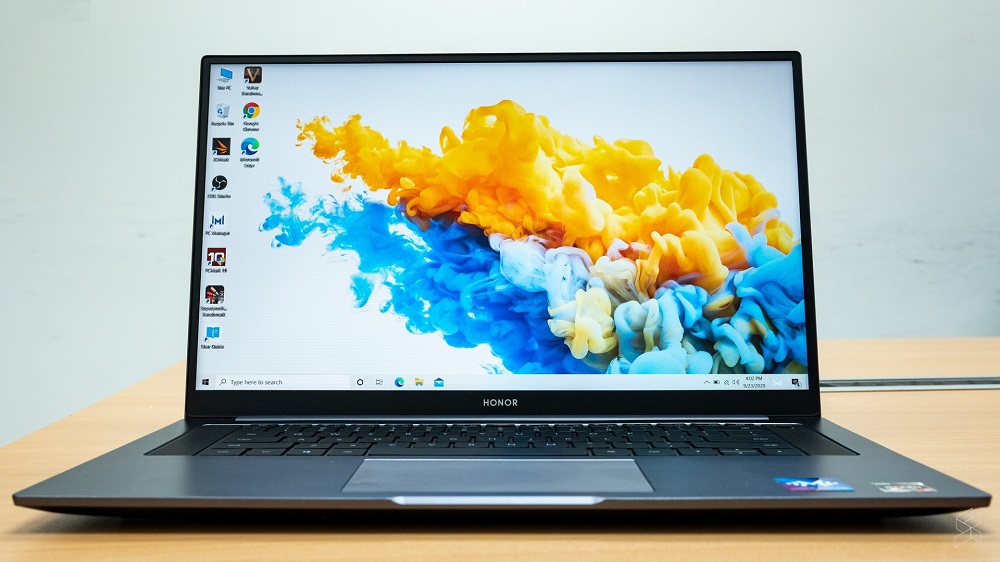 Charging the MagicBook Pro’s 56Wh battery is done via USB-C, and the included 65W charger. For offline 1080p playback and office use, the laptop is rated for 11 hours on a single charge, and for web browsing, nine hours.

At 1.7kg, this is also a relatively light 16″ laptop, and the laptop feels small — thanks to the small footprint. There are a few quirks you need to take note of, however. Honor is going with a pop-up camera in the function key row, so get used to some awkward video call angles, and this also means that Windows Hello isn’t supported.

Meanwhile, there’s also a “Honor Magic-link” sticker next to the trackpad alongside the Ryzen 5 sticker. As a PSA, do not remove this sticker. This is required to use the laptop’s NFC capabilities with compatible Honor/Huawei smartphones.

So, what do you think? If you’re keen, the Honor MagicBook Pro is now available in Malaysia on Shopee, Lazada, or authorised retailers, as well as Honor’s online store. — SoyaCincau