Melayu: The clash of identity 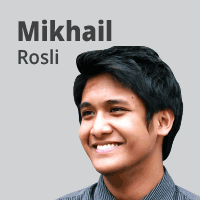 APRIL 15 ― About 15 months ago I was invited to a forum, for the first time, as a panelist at my A-levels college ― Kolej Yayasan UEM. I was invited to speak since I had recently courted controversy on the topic. The forum was titled “Israel-Palestine Conflict.”

It all started on Twitter when I replied to a tweet a friend of mine posted about an Israeli airstrike. I was critical of Hamas and what hit me was a storm of counter-tweets, some argumentative and some emotional. Being vested in what I tweeted earlier, I made sure to argue against every single one of them.

Then came the forum.

The forum went fine. I made my arguments, lived another day. But what came after the forum is the subject of this article. I was instantly branded “Pro-Israel” and became the subject of much gossip.

Terms like "pro-Yahudi" and "Melayu liberal" were hurled at me. In short, a lot of my friends started viewing me negatively... up to the point that at one encounter, on the subject of Malay culture and Islam, I was asked, “You Melayu tak?”

To the more conservative Malay students at my college, I was no longer a part of their community, despite being raised Malay and conservative myself.

The thing is, I am used to it. The Malay community of Malaysia is an insecure one. With the advent of urbanisation, both physical and mental, urban Malays like me, are constantly struggling to fend off those who would rob us of our identity while creating our own.

It often seems that the definition of “Melayu” does not come from birth but rather a rite of passage.

To be Malay, it has to come with some pre-conditions.

Thou must speak fluent Malay with your respective regional accent.

Thou must be faithful to thy cause, to support thy brothers, to uphold thy God.

Hath thou met these commandments? No? You are an ”impure Malay” then.

Satire aside, it becomes ultimately dispiriting to discover that this happens to be the daily reality of the liberal Malay community. There exists social pressure to conform to the identities of mainstream Malays and a societal incentive if you achieve it.

The reaction to this situation has been either to conform or break out and embrace your new “Melayu Liberal” title. Being a son of conservative Malay parents from Teluk Intan and Ipoh but having adopted Western individualism, it’s actually easier said than done.

In many ways, it doesn’t come off as a surprise as to why we have this seemingly idiosyncratic tendency. Above all, we’re Asians and our genealogical culture with regards to identity is to emphasise collective identity over individual identity.

The Malay community is also heavily influenced by the Islamisation of the 1970s giving birth to the marriage of Malay culture and Islam. Finally, there is the prevailing fear of dilution.

Out of all the explanations, the fear of dilution affects behaviours the most. It brings about the more martial side of the community. It formulated the strengthening of the Malay identity through the de-facto rites of passage. It incubates the negative perception that these “different” Malays are the corrupted ones. It strengthens the idea of “us” and “the other.”

By now, some of you may think there is a bubbling intra-racial strife happening here but I am glad to report that this is not the case. Usually after a period of interaction, conflicts of identity tend to fade and normal life can presume. It seems the remedy to clashes of culture is interaction.

However, with urbanisation, the numbers of Liberal Malays are rising and this will prove disconcerting to some. Especially since they will find that Liberal Malays are much more open to the criticism of religion, are far more individualistic and sometimes willing to rock the boat.

As of now, Liberal Malays are a miniscule minority but one simply has to wonder the reaction of the Malay community to the coming change if even now there are undertones of conflict.

I guess that makes tolerance and acceptance not only important between races, but also within.