MOH: Source of Covid-19 infections in Kurau, Meranti and Tawar clusters yet to be detected

KUALA LUMPUR, Aug 14 — The Ministry of Health (MOH) said today it is still determining the source of infections that led to three new clusters in Kurau, Meranti and Tawar.

On its social media accounts, the ministry said early investigations showed it did not originate from the Sivagangga cluster.

“Up to today, 124 of those who had close contact with the policeman have been screened. Two were found positive, seven negative and the remaining 117 are awaiting their results.

“All those who are infected are locals and we are conducting disinfection at several locations that we have identified as well as taking necessary precautions. The cause of these infections is still under investigation.”

As for the Tawar cluster, Case 9,129 has been admitted to Penang Hospital from a private clinic but the case is still registered in Kedah.

Up till today, 261 individuals from this cluster have been screened and 21 were found to be Covid-19 positive.

Out of 156 screening tests in Kedah, 20 were positive, 77 negative and 59 are still awaiting their results.

In Penang, 105 screenings have been conducted. One came back positive, 75 negative and 29 are still awaiting their results. 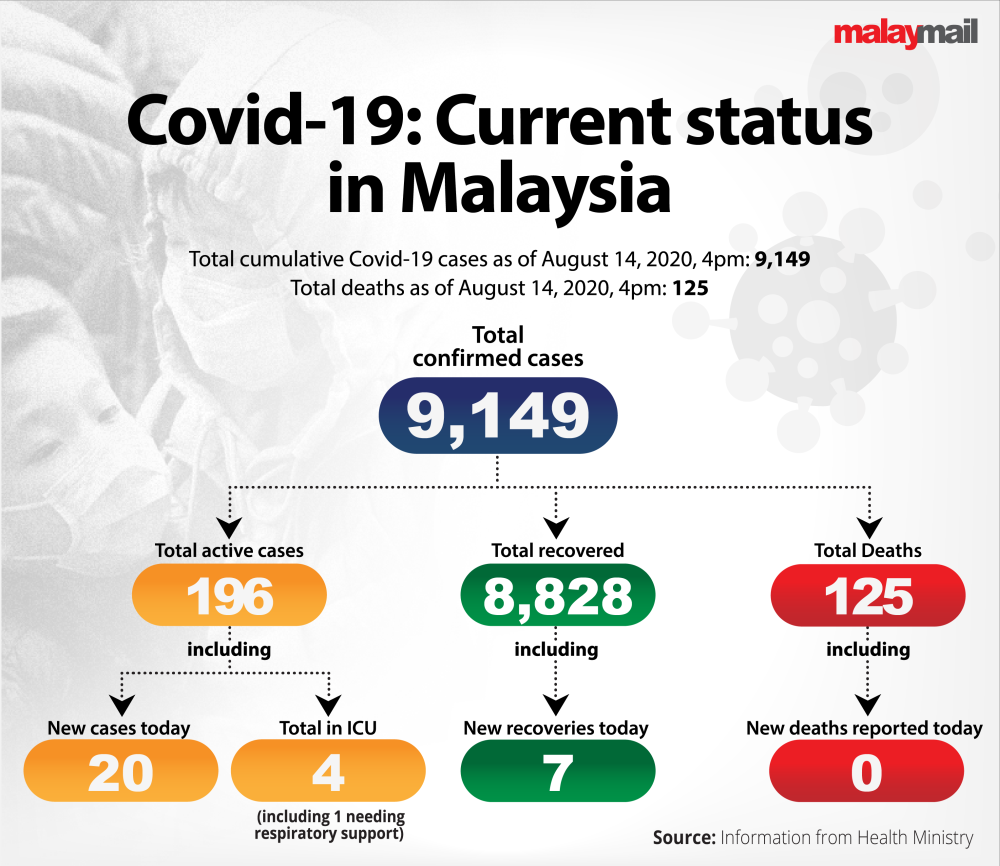