SINGAPORE, April 15 — Returning to Singapore via Tuas Checkpoint? Look out for a new contactless immigration clearance system there, said the Immigration and Checkpoints Authority (ICA) today.

The new system is able to identify travellers through iris and facial scans, without needing them to present their thumbprints or passports.

Singapore citizens aged six and above whose passports begin with the letter K and which were issued after January 1, 2018, will be eligible for the trial, which began on April 8 at one of the automated lanes for bus arrivals at Tuas.

No prior sign-up is required to use the new system — though travellers are reminded not to wear sunglasses, hats or other head gear that will block their faces from being scanned. 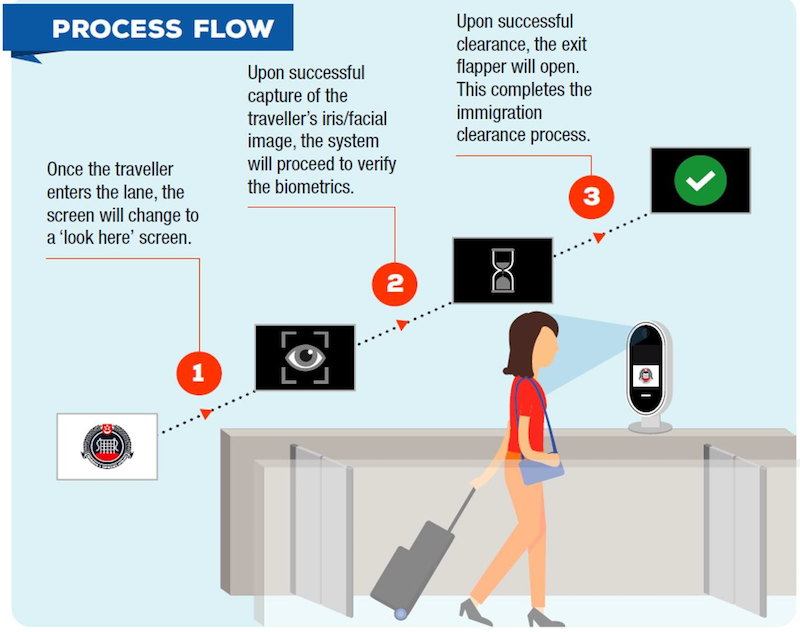 Eligible citizens are encouraged to participate in the trial to help improve the system, said ICA.

“The contactless immigration system will enhance operational efficiency, yet maintain our high standards of traveller identity verification and security, and is a significant step towards ICA’s vision of an efficient and hassle-free immigration clearance experience using biometric solutions,” added ICA in a statement.

ICA had previously announced that it was testing out iris-scanning technology at Woodlands Checkpoint, Tuas Checkpoint and a ferry terminal in August last year.

The government said these measures are pragmatic ways to improve people’s lives and safety and has pledged to be sensitive to privacy. — TODAY