KUALA LUMPUR, Oct 18 — Putrajaya is seeking reinstate the Parliamentary Services Act 1963 (PSA) as part of a slew of plans being proposed to improve governance, as the issue becomes the focus of a Malaysia Plan for the first time.

The mid-term review of the 11th Malaysia Plan (11MP) states that the current institutional framework is “inadequate” to ensure checks and balances between the executive, legislative and judiciary, and therefore a separation of power is needed to prevent concentration of power in a particular branch of government.

“Establishing the autonomy of the Parliament is crucial, both from the financial and operational perspectives to ensure better administration, staffing and budgeting. The Parliamentary Services Act 1963, which was repealed in 1992, will be reintroduced with improvements in line with the current socio-political and economic environment,” the report said.

Putrajaya has mulled reintroducing the PSA as early as 2015, but Pakatan Harapan’s GE14 victory has solidified the proposal.

The PSA was repealed in 1992, and prior to this served as an Act which accorded Parliament the ability to conduct its own administration, staffing and financing. 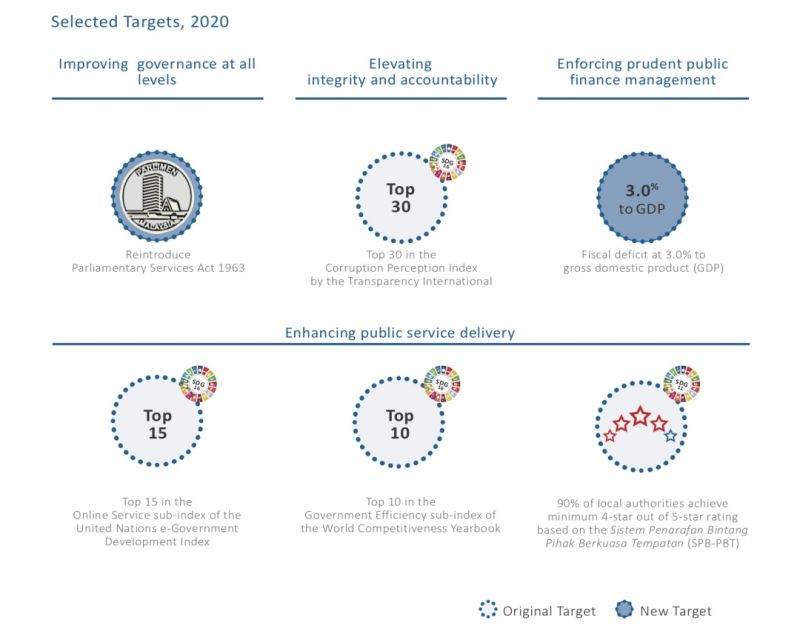 Under the revised PSA, measures will be implemented to institutionalise the select committee system in the Dewan Rakyat as well as the Dewan Negara. Parliamentary select committees will comprise of MPs across the political divide and will play a crucial role in gathering information, investigating and reporting to Parliament on issues of public interest.

These committees will also be provided with “appropriate” resources so as to enable them to effectively carry out their work, while commissions such as the Malaysian Anti-Corruption Commission (MACC) and the Election Commission (EC) will be answerable directly to Parliament.

Select committees will also be empowered to endorse the appointments of key positions within the MACC, EC, National Audit Department and the Judicial Appointments Commission — part and parcel of PH’s GE14 manifesto on the need to ensure transparency and democracy when it comes to picking top officials.

With the mid-term review, there will also a focus on improving the relationship between federal, state and local governments. State governments will be empowered to run their operations by decentralising some functions of the federal government like public transport, social services, agriculture development and environmental protection.

States like Sabah, Sarawak, Kelantan, Terengganu, Kedah and Perlis will be accorded priority in terms of distribution of development allocation to promote a more balanced socioeconomic development. 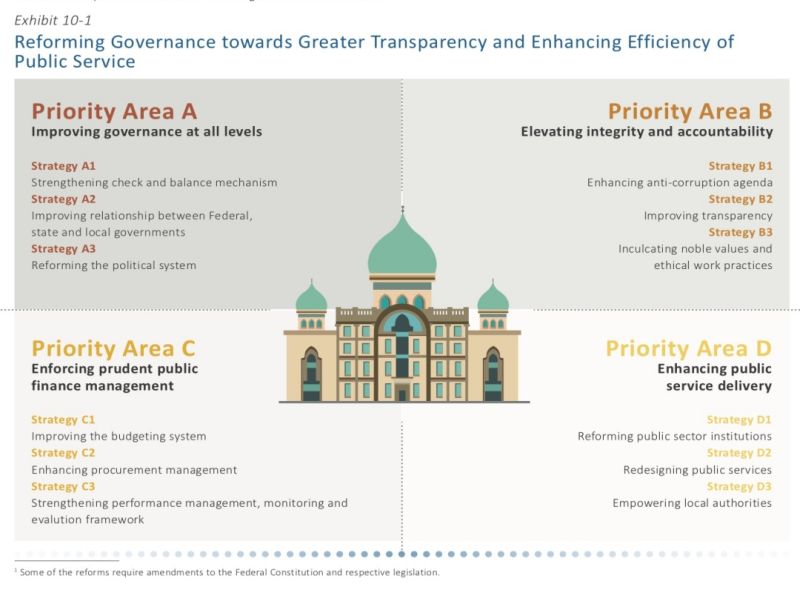 Other proposals for reforming governance includes improving the electoral system on two levels; first by lowering the minimum voting age to 18 (which has been agreed by the Cabinet) and to implement “comprehensive” reforms such as cleaning up the electoral roll, improving postal voting and providing fair access to the media for all.

The second part will be to introduce legislation governing political financing, in order to safeguard against the power of incumbency. The report states that a proper framework will be developed to prevent unfair advantages to promote greater transparency and accountability in the exercise of gathering and spending funds for political purpose.

Putrajaya is tabling the mid-term review of the 11MP, which is the blueprint of the national economy that determines the country’s direction between 2016 and 2020.

With the change of government on May 9, the review will not only measure the performance of the plan in the last two years under the Barisan Nasional government, but will also hint at how Pakatan Harapan plans to steer the ship in the next three years.