Indira Gandhi: ‘I can’t see a future for myself and my children’

The mother of three lamented about her and her children’s uncertain future, after the government omitted Section 88A in the Law Reform (Marriage and Divorce) (Amendment) Bill 2017.

The clause, if it had been included and subsequently became law, would require both parents to provide consent before either one attempts to convert their children to Islam.

“I have on numerous times, gone up and down to courts, to Parliament. I have seen so many MPs about this matter hoping I will get a solution, justice. Eight years is just too long and still we were just given a promise which is not being done. This is really heart-breaking.

“I can’t even see a future for myself and my children. Where should I go from here now? What is the solution for people like me?” a tearful Indira told a press conference here.

Indira’s case is the most prominent, having gone through eight-year long battles to gain custody of her youngest child Prasana Diksa who was taken away by her Muslim convert husband when she was an infant.

Her two other older children, Tevi Darsiny and Karan Dinish alongside Prasana, were all also converted to Islam without Indira’s knowledge.

Indira’s lawyer and Ipoh Barat MP M. Kulasegaran meanwhile said that he would be challenging the Barisan Nasional (BN) government’s decision to drop the Section 88A, labelling the move to drop the clause as “silly, unfounded and unreasonable.”

The Law Reform (Marriage and Divorce) (Amendment) Bill 2017 — which does not have the proposed Section 88A — will be tabled for a second reading in the Dewan Rakyat today.

The 2017 Bill is similar to an earlier version that the government had tabled in Parliament in 2016, but abruptly withdrew on Monday. The 2016 Bill had included the proposed Section 88A. 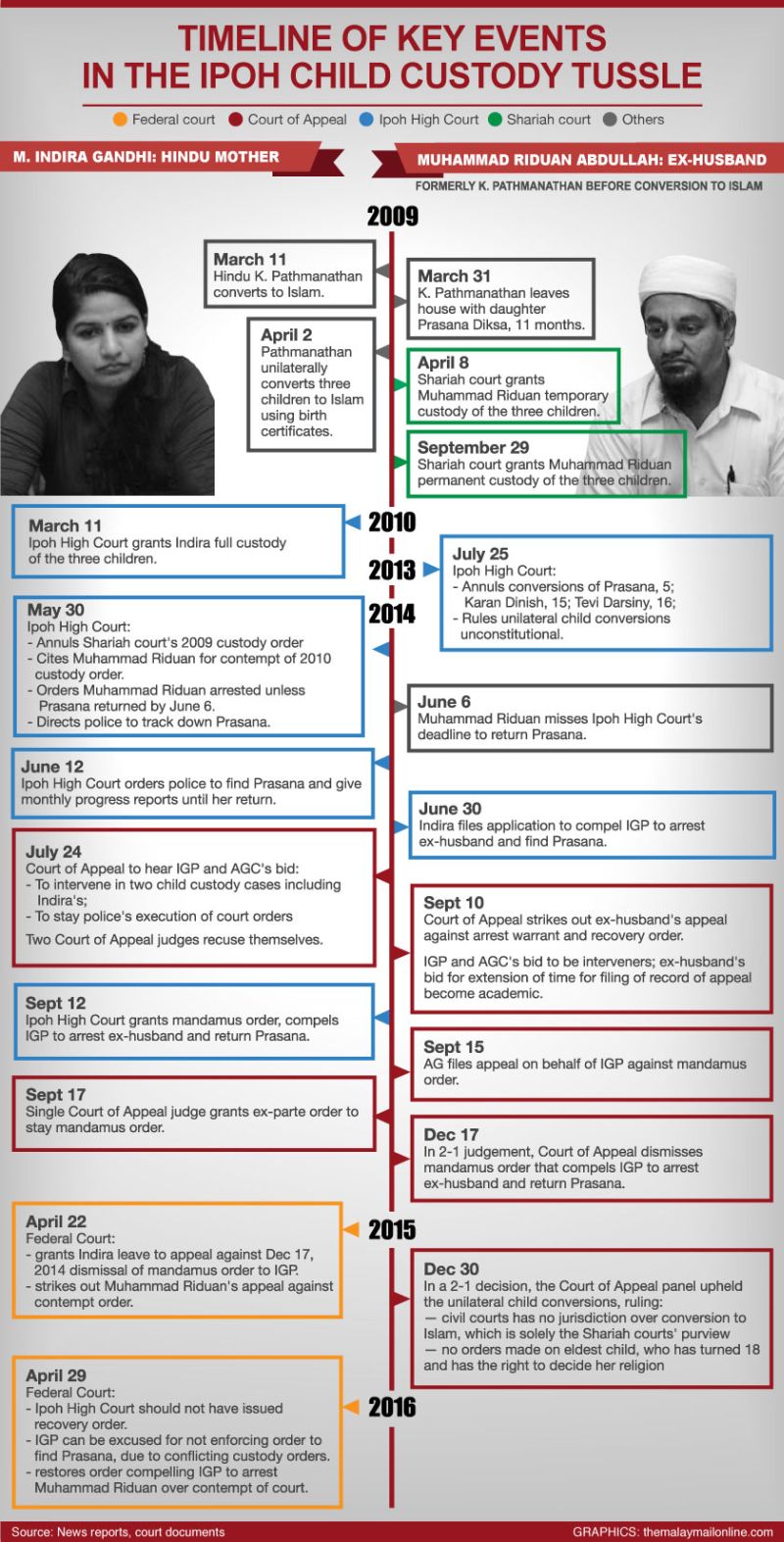