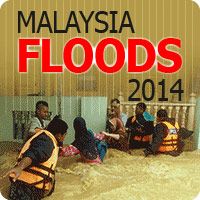 KUALA LUMPUR, Dec 27 — The northeasterly monsoon that has flooded most of peninsular Malaysia resulting in the evacuation of more than 100,000 people is at its tail end although the heavy rains that eased today are expected to return tomorrow night, says a senior meteorologist.

Dr Mohd Hisham Mohd Anip from the National Weather Centre said the monsoon rains usually come in cycles of four to five “episodes”, adding that the next one would be the fourth and is unlikely to be as heavy as the previous squalls that have battered the peninsula, especially Kelantan, Terengganu and Pahang.

“We expect it on the 29th, Monday. It will not be as big as what we’ve experienced over the past episodes.

“The fourth round will most probably hit Johor as well as parts of Pahang,” he told Malay Mail Online when contacted on the phone.

Mohd Hisham said each episode of continuous rain lasts two to three days, with three to four days break in between.

“So far there (has been) only three and the last one ended on the 24th,” he said.

Mohd Hisham said he expects the flood waters to start receding, noting the weather had improved today and is expected to be the same early tomorrow.

High tide is also not as extreme as previously and is almost back to normal, meaning river flows would be much faster, he said.

Residents in several stricken areas in Kota Baru, Kelantan and Kuala Kangsar in Perak described the current bout of flooding as the worst they have experienced in decades.

The highest number of evacuees this year was recorded yesterday at 11am, with 106,340 people displaced and seven deaths recorded in Kelantan and Terengganu.

Scattered showers in the east coast of the peninsula were reported today while isolated thunderstorms lashed the west coast.

Mohd Hisham noted that most of the weather stations on the east coast have recorded almost double the regular amount of rainfall for December.

“It was supposed to be 500 to 600 millilitres (ml) but for this month, some stations have already recorded more than 1,000ml like in Kuantan where it hit 1,500ml,” he said, adding that the Pahang town had broken its own record for the highest level of rainfall in December.

Other towns such as Kuala Krai and Gong Kedak in Kelantan also broke records with 1,200ml and 1,000ml respectively, he said.

“Kuala Terengganu and Kota Baru however are still below (their) highest levels,” he said.

Malacca and Penang are the only states in the peninsula not affected by the monsoon so far. 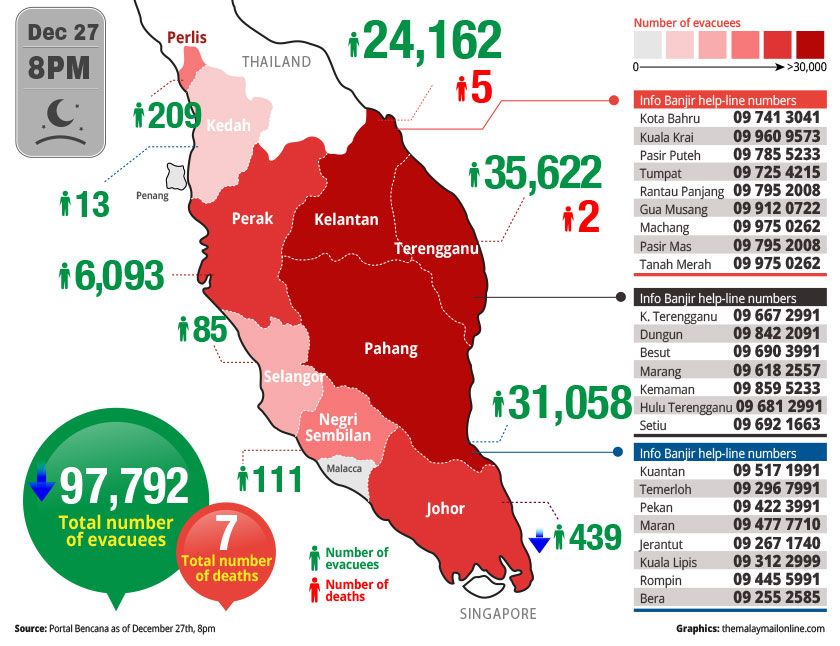