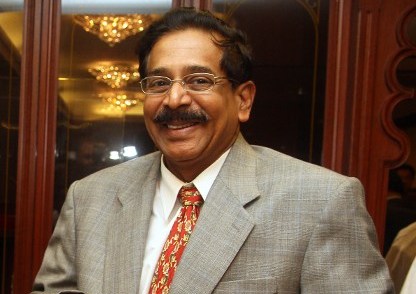 KUALA LUMPUR, July 4 — Some of Prime Minister Datuk Seri Najib Razak’s Cabinet have spoken out in dissent over a Bill that would let a single parent or guardian convert their child to Islam without their partner’s consent.

The proposed change has sparked protests from the prime minister’s biggest coalition partners, as well as leaders of religious and ethnic minorities in the Muslim-majority nation. The row comes as Parliament resumed last week after May’s general election which saw support for the government slide to its lowest level in more than 55 years.

“Certain sections of the Bill can be detrimental to non- Muslims,” Datuk G. Palanivel (picture), a minister who heads the MIC in Najib’s governing Barisan Nasional coalition, said in a phone interview. “The government should propose a fairer version of the Bill, taking into account individual rights and civil liberties.”

The heads of some other parties representing minority groups in Najib’s coalition, including the MCA, have also protested the proposed amendment, testing the alliance’s unity as economic growth slows. Net foreign direct investment dropped 17 per cent last year to US$10.1 billion (RM31.3 billion) as spending in neighbours including Singapore and Indonesia increased, according to a report by the United Nations Conference on Trade and Development last week.

“If you are a businessman or investor and considering where to invest, this issue will emerge,” Tan Teng Boo, the Kuala Lumpur-based chief executive officer at Capital Dynamics Asset Management Sdn., said in an interview today. “These things are bound to come up. Why would I want to be in a country that seems to be going backwards?”

About 60 per cent of Malaysia’s 29.6 million-strong population are Muslim, according to the CIA World Factbook. Under the Constitution, all ethnic Malays are automatically Muslims and followers of other races, including Chinese and Indians, aren’t allowed to leave the religion. In a court case in 2007, Lina Joy lost an appeal to stop the government referring to her as a Muslim on her identity card so that she could marry her Catholic boyfriend.

In April this year, a Hindu hair salon owner discovered that her estranged husband had converted their two children to Islam without her knowledge, the Malaysia Chronicle reported on June 22.

Datuk Jamil Khir Baharom, a minister in the Prime Minister’s Department overseeing Islamic affairs, tabled the proposed amendment to the Administration of Islam (Federal Territories) Bill 2013 for a first reading in Parliament on June 26. The Cabinet has since discussed the matter and will seek a fairer solution, Bernama reported on July 1, citing Deputy Prime Minister Tan Sri Muhyiddin Yassin. Jamil Khir couldn’t be immediately reached for comment today.

Najib’s coalition retained power in the May 5 election even after failing to get a majority of the popular vote for the first time since 1969, which the prime minister attributed to a loss of support from Chinese voters.

Islam is recognised as the official religion of Malaysia, which Najib describes as a “moderate” Islamic nation, and non- Muslims have the right to choose and practice their own faith. The Southeast Asian country has a dual legal system with a British-styled civil court system and a separate syariah, or Islamic legal system, that governs marriage, inheritance and other family matters for Muslims.

The provision is “fundamentally unjust as it denies the rights of one parent on the welfare of his or her children,” Datuk Paul Low, a minister in the Prime Minister’s Department, said in a phone interview yesterday.

Christopher Leong, president of the Malaysian Bar Council, said the proposed amendment was “unconstitutional” in a June 18 statement. He pointed to a Cabinet directive in 2009 announced by Datuk Nazri Aziz, then de facto law minister, that children of an estranged couple should remain in the religion of the parents at the point of marriage.