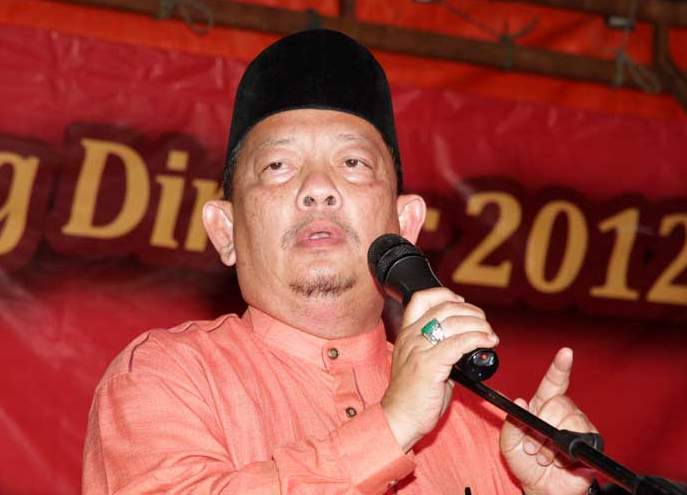 Rani’s remarks come even as Pakatan Rakyat (PR) MPs declined to comment today on the Administration of Islam (Federal Territories) Bill 2013, saying that they needed time to study it first.

“Converting in religion is a big issue, not a small issue,” Rani told The Malay Mail Online at the sidelines of the Selangor state legislative assembly sitting here today.

“So, should get the consent of both,” said the assemblyman from the Islamist party.

The Meru assemblyman also stressed that there was no compulsion in Islam.

“If one parent converts and you want that child (to convert), give him information, but you cannot force,” said Rani.

PKR vice-president Nurul Izzah Anwar said earlier today that a PR joint committee has been formed to study the law that was tabled in Parliament last Wednesday.

The proposed amendment contained in section 107(b) of the Administration of Islam (Federal Territories) Bill has raised concerns among non-Muslim groups that more cases of unilateral child conversions to Islam may occur if the law is passed.

Several non-Muslim government leaders have openly condemned the Bill as unconstitutional and called on both Barisan Nasional (BN) and PR MPs to oppose it.

Deputy Prime Minister Tan Sri Muhyiddin Yassin, however, defended the Bill yesterday, arguing that the proposed amendment was done according to existing laws.

But the Umno deputy president noted that the government will take into consideration all views given on the matter and Datuk Seri Jamil Khir Baharom, the minister in charge of Islamic affairs, will be issuing a statement on the controversy soon.

Health Minister Datuk Seri Dr S. Subramaniam suggested earlier today that a translation error was at the centre of the religious row.

Dr Subramaniam reportedly said that the Malay version of section 107(b), which states the conversion of a minor requires the consent of a “parent or guardian”, was not in line with the English version.

The MIC deputy president noted that the Malay version translates the word “parent” to “ibu atau bapa” (“mother or father”).

Dr Subramaniam, who is the Segamat MP, also said he did not think that the Bill would be presented for voting in Parliament.

The Bar Council pointed out the translation error in a statement last week after the country’s largest non-Muslim faith group censured the proposed law.

Both the Bar Council and the Malaysian Consultative Council Of Buddhism, Christianity, Hinduism, Sikhism and Taoism (MCCBCHST) ― the umbrella body of Malaysia’s non-Muslim creeds ― had said the Bill, which aims to broaden the definition of parental consent in the conversion of children under the age of 18 to mean either instead of both parents, was “unconstitutional”.

It also highlights the complications of Malaysia’s dual legal systems where Muslims are bound by both civil and syariah laws, the latter of which do not apply to or recognise non-Muslims.

In 2009, then Minister in the Prime Minister’s Department Datuk Seri Nazri Aziz said the government will ban the unilateral conversion of minors to Islam, in an attempt to assuage concerns among religious minorities in the Muslim-majority country.

But cases since then, such as that of a Hindu mother in Negri Sembilan who discovered in April her estranged husband had converted their two underage children to Islam after he had done so a year earlier without her knowledge, illustrate the lack of adherence to the ruling.