A memorial for Dr John Cheng, a 52-year-old victim who was killed and others wounded in Sunday’s shooting, is shown at the Geneva Presbyterian Church, in Laguna Woods, California May 17, 2022. — Reuters pic
Follow us on Instagram, subscribe to our Telegram channel and browser alerts for the latest news you need to know.

SACRAMENTO, Calif., May 18 — The Las Vegas man accused of killing one person and wounding five others in a burst of gunfire at a Taiwanese-American church luncheon in California on Sunday was licensed to work as a security guard who carries a gun, state records in Nevada show.

David Chou was arraigned yesterday in Orange County on charges of murder, attempted murder and use of a destructive device for allegedly killing a beloved local doctor and wounding five others.

He had worked for three different Las Vegas security firms since 2018, records seen by Reuters show, and was licensed to carry a gun in his work through October 2022.

He attended a church luncheon that a Taiwanese Presbyterian congregation was holding at Geneva Presbyterian Church in Laguna Woods, a community of mostly retired people south of Los Angeles, before opening fire.

An official from the Taipei Economic and Cultural Office in Los Angeles, the Taiwan government’s office there, told Reuters that Chou had been born in Taiwan in 1953, still had an active Taiwanese passport, and had done military service for Taiwan.

But prosecutors say he hated Taiwan and had notes written in Mandarin in his car indicating that he was angry about current tensions between the island nation and the Chinese mainland.

Chinese government spokesman Liu Pengyu said his country condemned incidents of violence, but urged people not to speculate on Chou’s motives until more was known.

“We express our condolences to the victims and sincere sympathy to the bereaved families and the injured,” he said. “We wish the injured an early recovery.”

Orange County District Attorney Todd Spitzer said he was strongly considering asking for the death penalty in the case, even though California has not executed a prisoner in more than a decade. 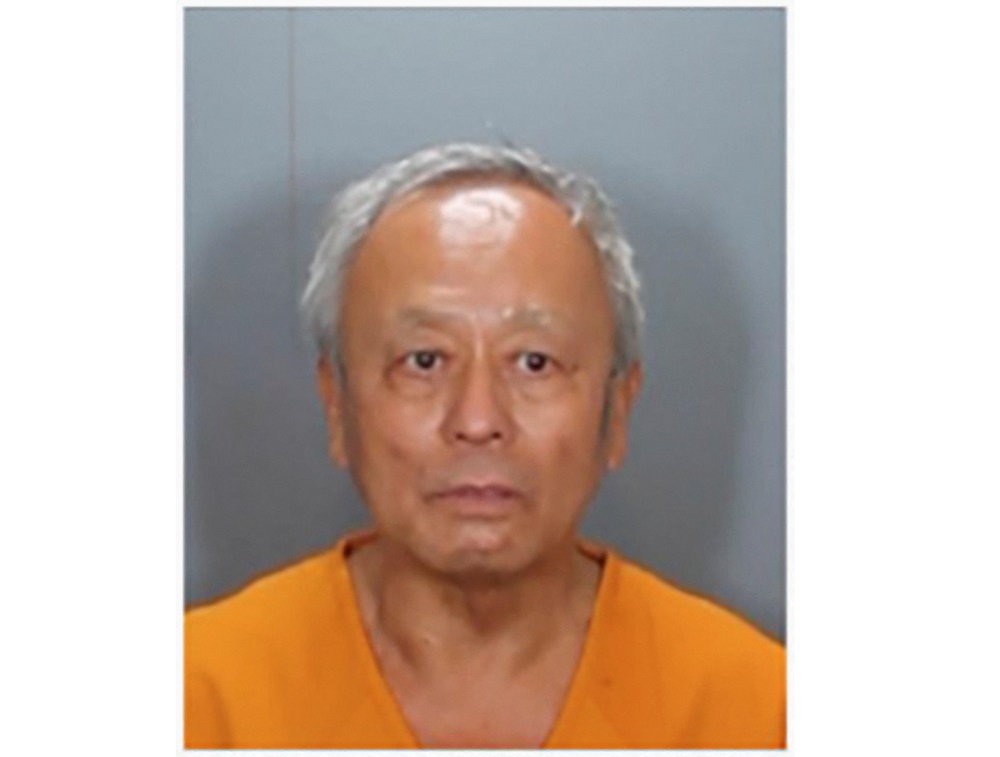 Suspect in the Laguna Woods church shooting David Chou, 68, of Las Vegas is shown in this police booking photo May 16, 2022. — Picture courtesy of Orange County Sheriff’s Department/Handout via Reuters

The FBI said it was opening a hate-crimes investigation in the case. Spitzer said at a news briefing yesterday that he added an enhancement of lying in wait to the charges against Chou, and is considering also adding a hate crime enhancement.

In addition to one charge of murder and five charges of attempted murder, Chou was charged with four felonies related to four Molotov cocktails that he allegedly placed behind a curtain at the church, court documents show.

He was assigned a public defender but not granted bail, the documents show.

Up to 40 people, members of a Taiwanese Presbyterian congregation from nearby Irvine, California, were attending a luncheon honouring a former pastor when the shooting began, sheriff’s officials said.

Dr John Cheng, 52, who was killed in the incident, was shot when he tackled the gunman, Orange County Sheriff Don Barnes said, crediting Cheng’s act of bravery with preventing more fatalities.

Cheng’s action gave other congregants, including a pastor, the opportunity to overpower Chou and tie his legs with an electrical cord, detaining him until sheriff’s deputies arrived.

Four men ranging in age from 66 to 92 and an 86-year-old woman were wounded, the sheriff’s department said.

Taiwan President Tsai Ing-wen was deeply concerned about the incident and has instructed the island’s foreign ministry to help the victims and their families, the ministry said yesterday. — Reuters

German activists up their game to keep climate centre stage