Travellers queue at a check-in counter at OR Tambo International Airport in Johannesburg on November 27, 2021, after several countries banned flights from South Africa following the discovery of a new Covid-19 variant Omicron. — AFP pic
Follow us on Instagram, subscribe to our Telegram channel and browser alerts for the latest news you need to know.

JOHANNESBURG, Nov 27 — Eyes welling up with frustration and relief, Belgian Valerie Leduc and a friend walked from a ticket counter at Johannesburg international airport having secured a flight seat home via Ethiopia.

But they will only be flying out in three days time.

“We were feeling like we have committed a crime,” said the 30-year-old Antwerp resident, rejected from her original flight home via Zurich after Switzerland shut it doors to all non-citizens coming from South Africa.

Leduc and her friend Sander Verstraelen, later sat down in a cafe reflecting on the previous 24 hours.

Travellers left stranded after a slew of countries banned flights from South Africa yesterday, amid concerns about a new coronavirus variant ,are jumping through hoops to leave. 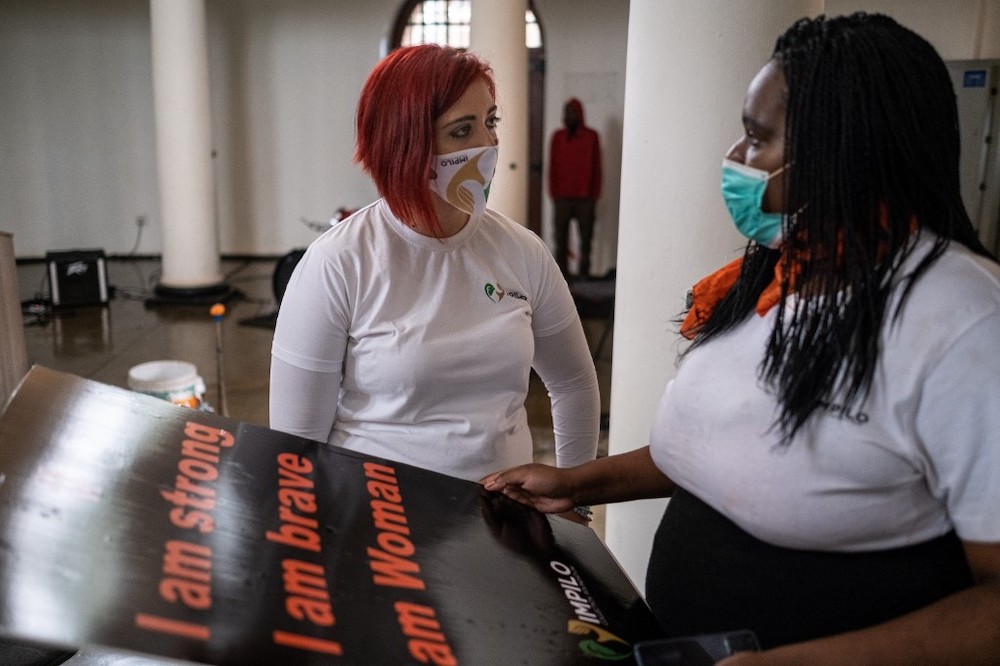 Travellers queue at a check-in counter at OR Tambo International Airport in Johannesburg on November 27, 2021, after several countries banned flights from South Africa following the discovery of a new Covid-19 variant Omicron. — AFP pic

Many are seeking tickets to fly via other African nations such as Ethiopia and the Democratic Republic of Congo — which have not yet blacklisted South Africa — while navigating complex last-minute Covid-19 testing requirements.

Several Europeans waited in a long check-in queue for an afternoon flight to Addis Ababa.

“We first tried to change our original flight but this wasn’t possible at all,” said Laura Herde, a 25-year-old student from Berlin just about to start a hiking trip with friends when the travel bans hit.

“There was no room on any of the flights so we needed to book a new one,” she told AFP.

“We took the first one available.” 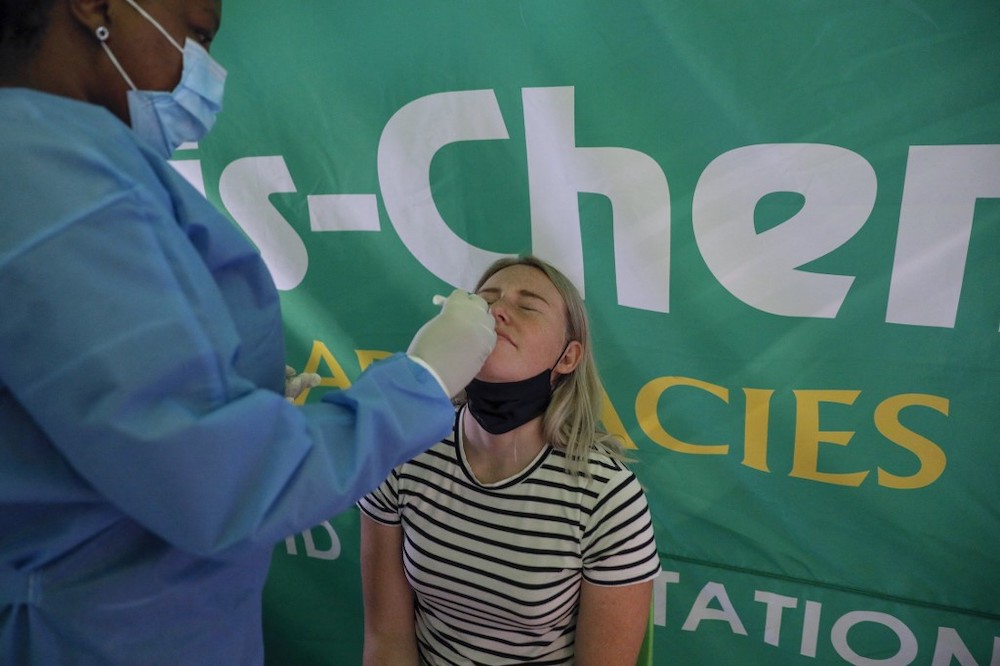 A healthcare worker conducts a polymerase chain reaction (PCR) Covid-19 test on a traveller at OR Tambo International Airport in Johannesburg on November 27, 2021, after several countries banned flights from South Africa following the discovery of a new C

A group of German geologists stood in front of a coronavirus testing tent for their second swab since Friday.

Unprepared for the rush of passengers, the centre had run out of printer toner ink.

“They are not able to print our results or to send them per email and the manager is at home,” said Robert Giebel, 36, laughing in exasperation and shaking his head.

“We now need a PCR test which is not older than 24 hours,” he explained, yet only a vaccination certificate was required previously.

His colleagues kept checking news and government websites on their phones to keep track of constantly evolving entry regulations.

They were unsure whether they would have to quarantine in a hotel after their return or be allowed to isolate at home.

But “at least they are letting us fly home”.

She was desperately trying to join her partner in Dubai before the United Arab Emirates’ travel restriction took effect.

All of the day’s possible outbound flights were fully booked.

“This is complete mayhem,” said Kruger, 26, tearing up as she explained she had tried several airlines.

Air Mauritius “actually made me pay for a ticket then moved the flight to tomorrow,” she added.

“I don’t even know if it’s even worth it,” she sighed, moving closer to the counter.

Less than an hour later, Mauritius announced a month-long ban on flights from South Africa. — AFP