A woman cries after the Central World Complex was evacuated due to a fire, in Bangkok, Thailand, April 10, 2019. — Reuters pic
Follow us on Instagram, subscribe to our Telegram channel and browser alerts for the latest news you need to know.

BANGKOK, April 11 — At least two people died and 16 were injured when fire broke out yesterday at a shopping centre in Bangkok, forcing some people to jump from the burning building.

The Central World Complex, which includes a shopping mall, offices, and a hotel, was evacuated, said operator Central Pattana.

“The building will be closed until it is safe,” Bangkok Governor Aswin Kwanmuang told reporters at the scene of the fire. “We have to see the impact on the structure and the police will need to go in to investigate.”

Local media showed video of one person jumping from smoked-filled window to escape the fire.

“I saw smoke coming out from the building and two people jumped,” Thanusit Kidtham, an eyewitness, told Reuters.

The blaze started in the parking garage of the complex, police said. The cause was not yet known.

The fire came in an area popular with tourists, just days before the Songkran holiday on April 13 to 15. — Reuters 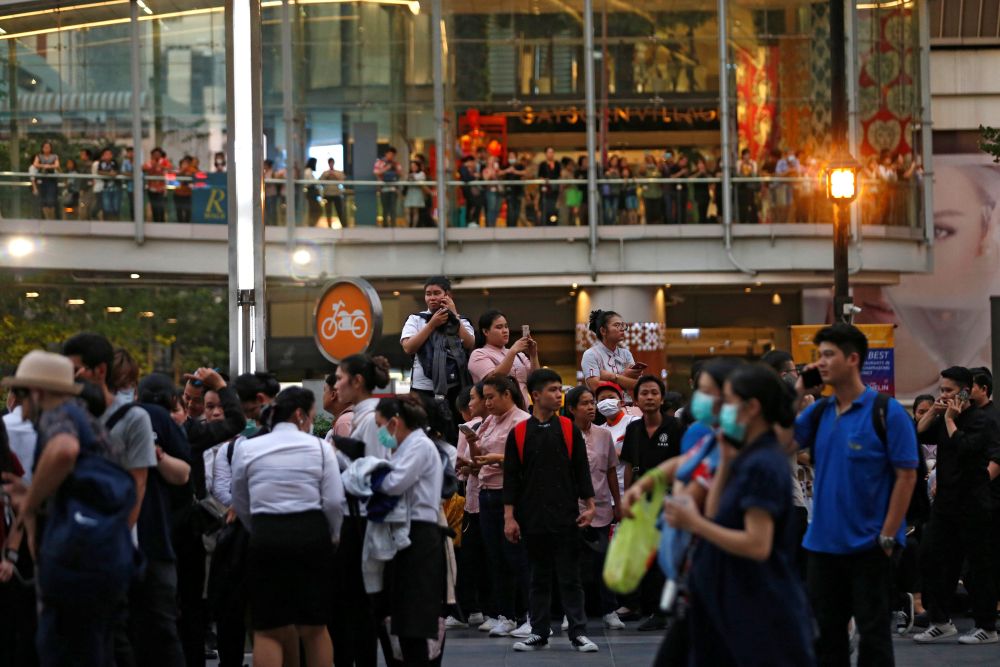 People stand outside the Central World Complex after it was evacuated due to a fire, in Bangkok, Thailand, April 10, 2019. — Reuters pic 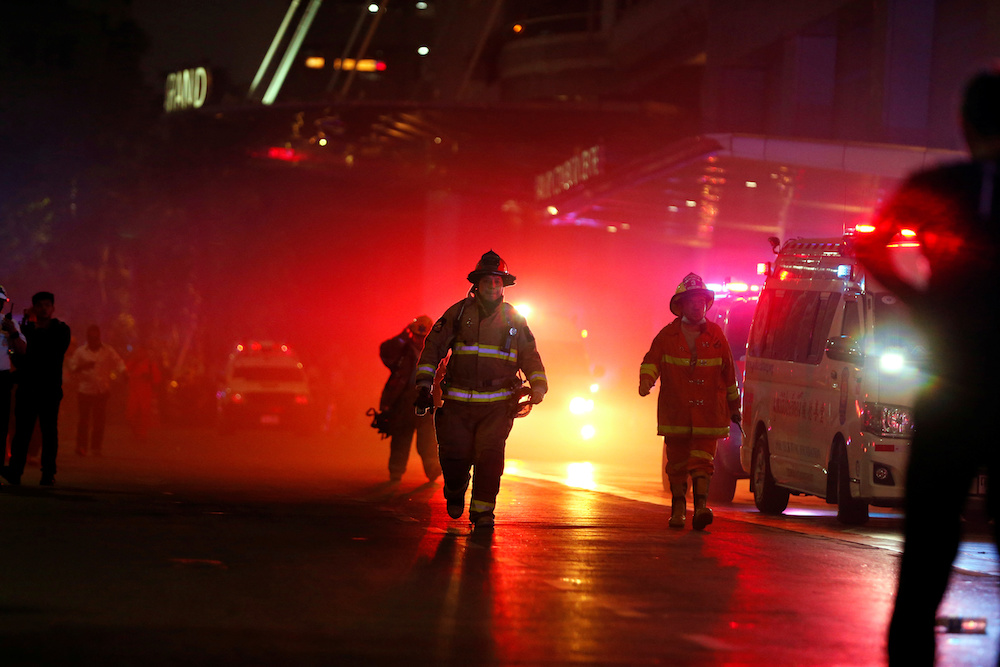 Rescue workers work after the Central World Complex was evacuated due to a fire, in Bangkok April 10, 2019. — Reuters pic

Taliban call for release of frozen funds after deadly earthquake

Putin and Lukashenko discuss situation with global supply of fertilisers